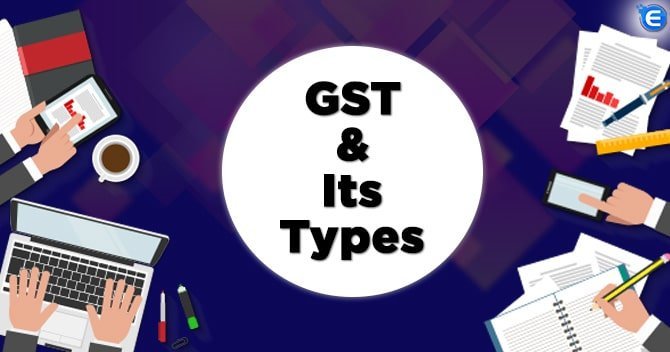 Goods and Service Tax (GST) is a single inclusive tax for the entire country.  The introduction of Goods & Service Tax replaced several indirect taxes in India, including the tax levied by Central Government on manufacture (Central Excise duty), provision of services (Service Tax), special additional duties of customs etc. Other than this the tax levied by State Governments on retail sales (VAT), Luxury Tax, entry of goods in the State (Entry Tax), etc. also fall under GST. GST further is divided into four types which include SGST, CGST, IGST, UTGST.

The introduction of GST is aimed at creating a single national market, common tax base, and common tax laws for States and the Centre. Other significant features of GST include the use of technology through Goods and Services Tax Network (GSTN), which helps in creating transparency in tax burden and improve the accountability of the tax administrations of Centre and State governments. In this blog we shall discuss in detail GST and its types including SGST, CGST, IGST and UTGST.

Central Taxes replaced by the introduction of GST:

There are four types of GST, namely:

Points of difference between types of GST

The applicability of SGST, CGST, IGST depend upon the locations of the supplier of the goods/services and that of consumers. Therefore, to determine the applicability of CGST, SGST and IGST it is important to know whether the taxable transaction is an Intra-State or an Inter-State supply.

Following is the detailed explanation of SGST, CGST, IGST and UTGST:

First, let us understand what is Input Tax Credit?

The Input Tax Credit means while paying tax on the output (final product) one can reduce the tax already paid on inputs (purchase).

Rules to claim ITC under GST:

If you are facing any difficulty in registering for GST or want to clarify your doubts on Input Tax Credit provisions our team of experts will be glad to get the job done for you. If you wish to learn more about the details of SGST, CGST, IGST, and UTGST stay in touch with Enterslice.

How to Apply For GST Registration i...

GST is one of a single tax on the supply of goods & services, from the producer to the cust...

What is GST? Benefits of Goods and...

The introduction of the Goods and Service Tax (GST) is a revolutionary step taken by the Indian...

How to Change GST Registration Deta...

GST, one nation one tax is the name of Indirect Tax reform in India. GST Registration is requir...