A Complete Overview of Section 45 of the Income Tax Act 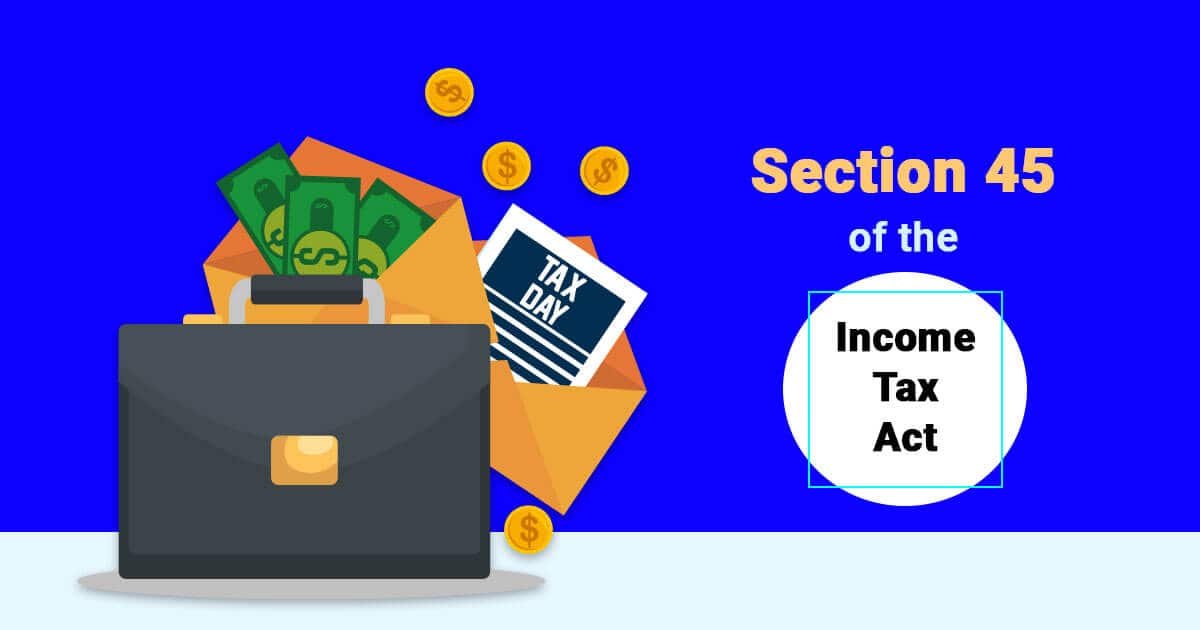 Section 45(1A) of the Income Tax Act deals with taxability on money and other assets received during any previous year under insurance from an insurer because of some damage or destruction. Any profits or gains arising from the receipt of the insurance money or other assets is considered to be a capital gain in nature and is chargeable to income-tax. An insurer gives the insurance claim on account of damage or destruction of the capital asset because of natural calamities or other reasons. Some of the reasons which may lead to the destruction of a capital asset are as follows:

New Amendment to section 45(2) of the Income Tax Act

Investments made by the assessee in capital gain returns are used for computation in the year where such converted asset is sold.

The complete value of the capital assets sold is determined as the fair market value on the date of conversion of assets.

The cost index is computed until the year of the conversion of assets.

Section 45(3) of the IT Act deals with the taxability on profits or gains arising from the transfer of a capital asset by a person to a firm or other association of persons or body of individuals in which he becomes a partner or member by way of capital contribution. This is because the income of the previous year in which such transfers take place and for section 48 the amount recorded in the books of account of the firm, association or body as the value of capital asset shall be deemed to be the full value of the payment received as a result of the transfer of capital asset.

Section 45(4) of the Income Tax Act deals with the taxability on way of the distribution of capital assets on the conclusion of a firm or other associations of persons or body of individuals. This is because the income of the firm, association or body of the previous year is considered to be the full value of the deliberation received as an outcome of the transfer.

Section45(5)
Sub section 5 of section 45 of the Income tax Act ovverrides sub section 1 of section 45.As per this sub section when a capitl asset is compulsorily acquired under any law and the consideration of transfer is approved by Central  government or RBI, it shall be chargeable to Capital Gain in the previous year in which the compensation is first received by the assessee.
Section 45(5) is applicable when government acquires land from people compoulsorily like for the purpose of highway or for army.

Section45(5A)
Sub section 5a of section 45 of the Income Tax Act was introduced in the year 2017 and will be effective for  Assessment year 2018-19. This newly included sub section deals with the taxability on area sharing arrangement under real estate Development Agreements(DA) in the hands of land owner, in the year in which capital asset is received by it against the transfer of land under DA.

Black money is the biggest issue faced by the Indian economy. To curb the problems raised by bl...

Know About the Filing of Income Tax...

Denifition The Income-tax return is a form which is filed by the person who has paid taxes or h...