Read about the Penalty for Late Filing of ITR 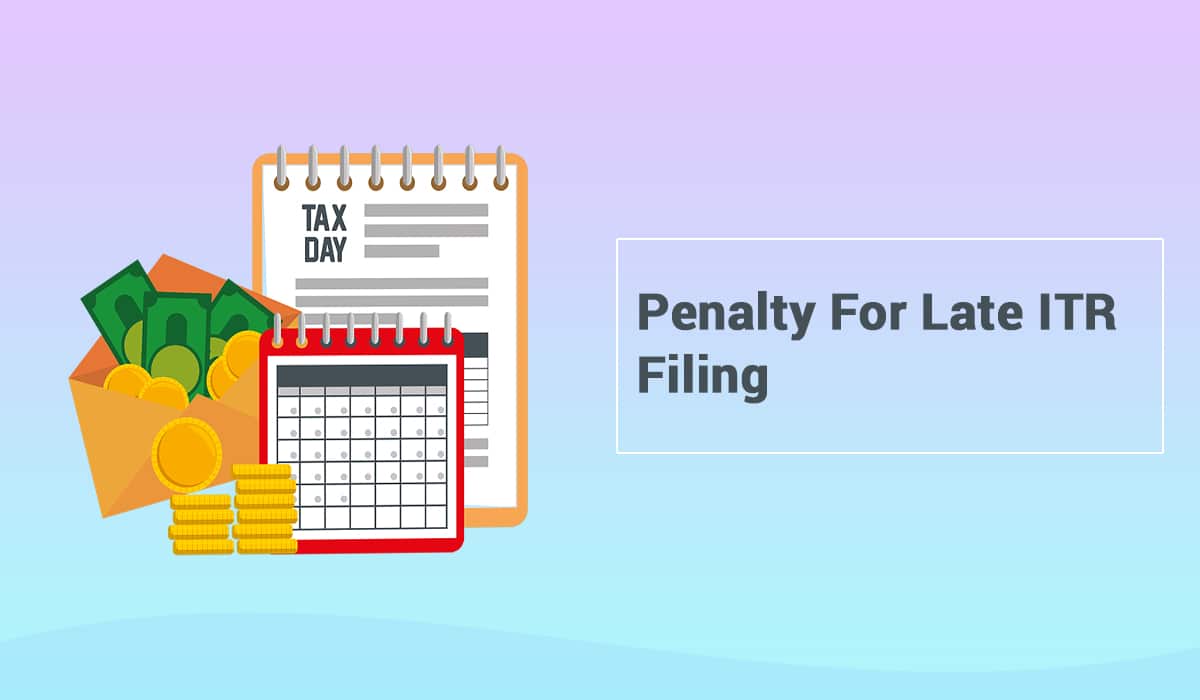 Income Tax Return (ITR) is a statement that is filed every year by a taxpayer disclosing information about his/her income and applicable tax liability. ITR is furnished by the taxpayer to the Income Tax Department[1] in the prescribed form. Different forms for returns are filed for different taxpayers, depending upon their income and source of income. Read an analysis of the ITR Act as well as Penalty for Late Filing of ITR.

Income Tax Return has to be filed within 31st July of every financial year. Although for the FY 18-19, the last date of filing ITR was extended to 31st August 2019. Income tax authorities penalized the taxpayers who don’t file the income tax return within the due date.

According to section 234F that came into effect from 1st April 2017, taxpayers who failed to file an income tax return within due date are liable to pay the penalty up to INR 10000 depending upon the actual date of filing of return, which is explained in brief henceforth.

Income tax return filing is mandatory for the following taxpayers:

Assessee can file the belated return within a period of one assessment year or before the completion of such year, in case he has not filed the return within the due date. Filing the ITR after the deadline can make the taxpayer liable for penalty under section 234F. The maximum penalty under this section is up to INR 10000, depending upon the total taxable income of the assessee.

In case the taxpayer doesn’t file the Income Tax Return on or before the due date, he will be liable to pay the interest along with a penalty. As per section 234A, he is liable to pay interest at the rate of 1% for every month until the amount remaining unpaid.

Calculation of penalty & interest starts immediately from the expiry of the due date, i.e., 31st July. (31st August for the FY 18-19).

Section 139(3) of the Income Tax Act states that filing of income tax return is not compulsory in case assessee incurred loss during the previous year. Certain provisions of this section are as follows:

The taxpayer, if after the filing of the return, realizes that the return filed by him under section 139(1) has been erroneously filed, can file the revised return within one year following the expiration of relevant assessment year. There is no restriction in filing the revised return. Any number of amended returns can be filed during the year.

As per section 139(9) of the Income Tax Act, the income tax return is considered as defective in certain situations. If the taxpayer leaves the mandatory fields empty or if the assessee doesn’t submit the necessary proof to claim the tax paid in the form of TDS.

Benefits of Timely Filing of Return

Following are the advantages of filing ITR on time within the due date:

Consequences of Late Filing of Return

Apart from the penalty levied by the income tax department, there are following consequences of non-filing of return within the due date:

A taxpayer must pay the taxes timely and also filing of the income tax returns assures that the...

Section 80TTA of the Income Tax Act provides the privilege to claim deductions on savings accou...