No Cessation Liability in Presence of Outstanding Creditor’s Details 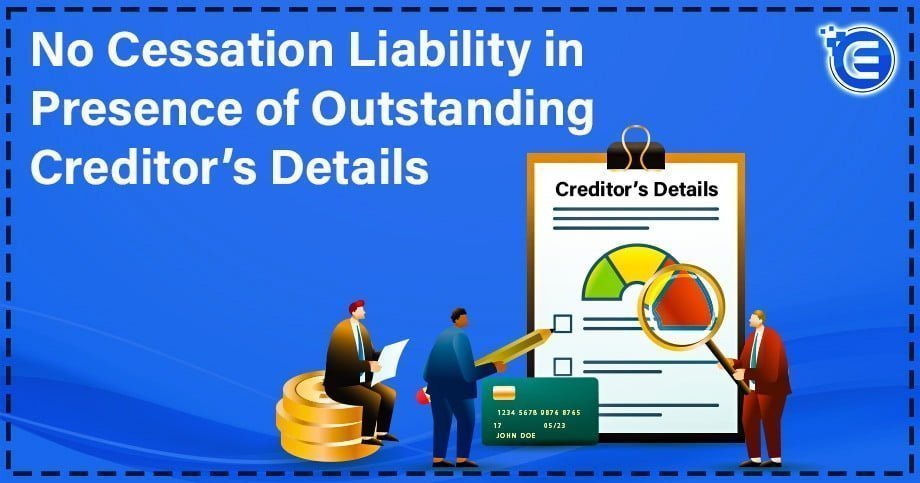 The Calcutta High Court[1], in the case titled PCIT Vs Soorajmul Nagarmull, passed a judgement holding that Cessation Liability is not valid in the presence of Outstanding Creditor’s Details. The case was regarding the appeal filed by the  revenue u/s 260A of the Act against the order dated 20.07.2018 passed by the ITAT “B” Bench Kolkata (Tribunal) for the assessment year 2001-2002. The article discusses the facts, issues, contentions of the parties and the judgement passed by the court to provide clarity regarding the said judgement

The Decision of the Calcutta High Court

The court didn’t persuade the submission of the revenue as the entire aspect as regards cessation of liability was analysed by a 5 -judge bench of the Hon’ble Supreme Court, holding that the limitation doesn’t extinguish the debt or precludes its enforcement until and unless the debtor makes a choice avail himself of the defence followed by specifically pleading for it, Therefore, the Bombay Dyeing decision was rightly referred to in Sugauli Sugar Works for the aforesaid legal proposition.

The court appreciated the fact that the AO examined the creditors when they appeared in response to summon and acknowledged the liability and if that principle applies, merely an entry in the books of account made unilaterally in the absence of any by the creditor can’t entitle the debtor for saying that the liability has been extinguished. The court also distinguished between receipt on capital account and other receipts and dismissed the department’s appeal.

The tribunal rightly noted the undisputed factual position, noting that there wasn’t any dispute about the assessee about carrying forward the impugned liability in its books of account for a time span of almost 30yrs without any question being raised by the department in all the intervening assessment years in question.

The ld tribunal also noted that the creditors had given written replies responding to the summons that retaliated their liability and also the fact that the appellant had settled some creditors even after 31.03.2001, thereby fulfilling their duty of providing evidence regarding the existence of the liability at the end of the year.

The assessing officer had miserably failed to establish and prove that there was a cessation of liability Though Explanation 1 -4 Sec- 41(1) has been inserted for treating the cessation or remission of any liability or by a unilateral act on the debtor, the issue shall continue to be litigated.

The court has analysed the facts and circumstances of the case quite meticulously before holding that the cessation trading liability is invalid if the details of the outstanding creditors are present. The effort of the Court in referring to various precedents to support the decision is commendable. The judgement is expected to provide much-needed clarity on the concept related to the cessation of trading liability u/s 41 (1) of the IT Act.

Read Our Article: Format for Release from Liability for Services

The Finance Minister in Budget 2021 introduced a special provision of TDS in the Income Tax Act...

In what has come as a massive relief for taxpayers, the government has extended key tax related...