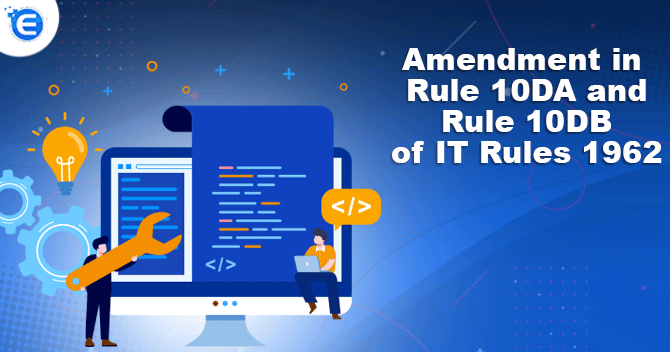 India being a member of OECD and BEPS, introduced section 286 in Income tax Act, 1961 to make mandatory for the companies to submit Country by Country Report and another section 92D for the companies to make filing of Master File to the tax authorities. Both these documents form part of Transfer Pricing Documentation. Recently an amendment was introduced in Rule 10DA and 10DB to introduce changes in the filing of the documentation and with respect to the prescribed authority.

In order to counter the menace of tax avoidance by the multinational business groups running their operations in multiple jurisdictions, OECD came out with an Action Plan 13 under Base Erosion and Profit Shifting (BEPS) which mandated submission of documents like Master File (MF) and Country by Country Report (CbCR) to the tax authorities in their respective jurisdictions giving details of their economic activities.

What is an ‘International Group’?

An international Group comprises of a group having-

What is a ‘Parent Entity’?

A parent entity is one that holds controlling interest in other business entity (usually called a subsidiary of the parent company) with respect to the amount of managerial decision making power and affecting the running of operations of the subsidiary company.

What is a ‘Constituent Entity’?

A constituent entity comprises of the following entities:

What does ‘Transfer pricing’ documentation include?

What is a ‘Country by Country Report’?

A Country by Country report (CbCR) finds mention in section 286 of the Income Tax Act, 1961[1] mandating the parent entity and the constituent entity having residency in India to share details of their business activities in each jurisdiction where that business conducts its operations. These details include information about their employees, assets with the company, sources of earnings, tax paid, amount of revenue etc.

What is a ‘Master File’ under Rule 10DA?

A Master File is a document which finds existence in section 92D of the Income Tax Act, 1961 which mandates the constituent entity of an international business group to keep and maintain such details and information about their business operations as have been mentioned in Rule 10DA of Income tax Rules, 1962. This document is then bound to be submitted to the income tax authorities for their scrutiny.

Some amendments have been made by the Central Board of Indirect Taxes (CBDT) with respect to the Rule 10DA and Rule 10DB of Income tax Rules, 1962. The amendments are in regard to the changes introduced in the Transfer Pricing documentation. The changes are brought in the submission of the Master File (MF) and Country by Country report (CBCR).

As per sec 92D of the Income Tax Act, 1961 a constituent entity of an international group is required to keep and maintain such documents and information that have been prescribed by the Rule 10DA of Income Tax Rules, 1962.

Section 286 of the Income Tax Act, 1961 mandates every constituent entity of every international group to furnish a report.

With the business entities coming out with innovative methods to avoid tax, the tax authorities too are making their joint efforts to curb the menace of tax avoidance under the garb of transfer pricing by the business entities conducting their operations in multiple jurisdictions. As a result of it, a list of transfer pricing documentation has been devised by the OECD under their BEPS initiative wherein business entities have been mandated to share details of their economic activities in the documentations like Master File and Country by Country Report.

Sections 44AA and 44AB were introduced for simplifying the tax compliances of people in busines...

Deciphering the Meaning of Reasonab...

In a recent case, an assessee was issued show cause notice on 19th April 2021, giving him the o...

What is the Tax Residency Certifica...

A Tax Residency Certificate is a certificate issued by the Income Tax Department to the Indian...