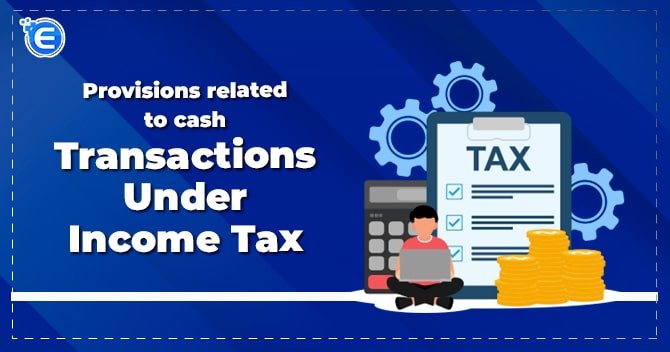 What are the provisions related to cash transactions under Income Tax?

In case this provision is found to be violated, then an equivalent sum of money shall be levied as penalty under section 271E of the Income Tax Act.

From the above discussion it can be concluded that the government wants to discourage people from making cash transactions under income tax especially when the amount is big in number. A closer look of the above mentioned sections tells that government wants to be informed about any big transaction taking place. These measures inserted in the Income Tax and other laws are meant to coax the people to make less of unaccounted cash transactions and adopt formal accounted route where the government can keep a check on large size transactions taking place through it.

Are you an NRI? Know the Tax Rules...

Taxes collected from the citizens are the foundation of the Indian economy. Without any collect...

Disclosure of Assets in your Income...

According to the Income Tax Department, those with high income need to disclose certain assets...

According to the provisions of the Income Tax Act 1961, income tax return filing is levied on t...