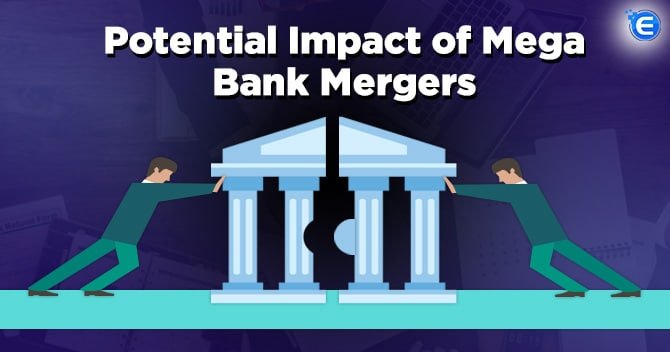 Overview on Mergers and Acquisitions

Merger or an amalgamation is considered as a situation where the business of two or more entities becomes into a single entity. While the transaction and process behind a merger are time-consuming, the benefits of the merger have to be considered. The process behind a bank merger is complex and involves a large number of parties that contribute to the successful event of the merger. In all the industries, the process of merger is beneficial to the development of the merged entity. This will also indirectly contribute to the increase in the number of products offered by the merged entity, integrated technology services, economies of scale, new customers, increased profits and large scale operations. The main benefits of a merger are for businesses to improve their operations and reduce competition.

Apart from the above benefits, the merger markets have their drawbacks as well. Therefore, before proceeding with a transaction, it is important to conduct research and due diligence for both the entities. By conducting the above, the transaction can effectively take place smoothly without any difficulties. This procedure and merger process would be there irrespective of the type of business considered. In the banking business, mergers take place in order for the bank to gain access to new customers, products and economies of scale and scope. Mega bank mergers take place throughout the world, and the main purpose behind the merger is to improve the accessibility of bank.

However, there are various disadvantages/ drawbacks in the merger process related to banks. Some of the drawbacks of bank mergers are as follows:

In order to reduce the amount of competition amongst banks and to increase growth nationally, this step was considered. Mega Bank Mergers would not only affect economic growth nationally, but it would considerably improve the growth at a global level. Previously the Union Government considered the merging process for different banks. State Bank of India merged with five associate banks and another public sector bank. Though the system was effective, there were a lot of complications post-merger of the bank. In 2019, there was a merger process between Dena Bank, Vijaya Bank and Bank of Baroda. After the merger process, these banks were not considered as separate entities but considered as a single entity. The finance minister with the view of making the economy reach USD 5 trillion considered that mega bank mergers should take place.

From the above, the impact of the mega bank mergers would create more competition with the private sector banks. Apart from this, these banks would offer new forms of products to existing customers.  This merger process between the banks took place on 01 April 2020. Before this merger was about to take place, the Finance Minister discussed with the senior executives of the major banks the possible outcomes of the merger.

Impact of the Mega Bank Mergers

The consolidation would make sure four established banks have been set up.  Banks which do not have proper operational efficiency or having non-performing loans would gear up and get proper operational framework from stronger banks. Apart from this, banks which have technology and Information technology integrated platforms would perform better if these processes are streamlined in an efficient way.

With this in hand, the Government wanted bank business in India to strengthen as an effect on the merger. The following figures reveal the post-merger scenario of the impact of the Mega Bank Mergers:

The above table shows the figures of the Mega Bank Mergers, post-merger scenario.

Comparing the above the following can be understood:

In light of these figures, the mega bank mergers prove beneficial to the Indian Economy.

Though there are many benefits of the Mega Bank Mergers, there are also potential drawbacks of the merger process. The following are the issues related to the mega bank mergers:

Though the merger between the banks occurred on 01 April 2020, there would be doubts related to issues such as the effect of the COVID-19 lockdown on the pre-merger and post-merger process. Some of the challenges faced by the merging banks:

The process of merger between the banks was not prohibited by COVID-19 but only disrupted to a specific extent.

There are many benefits and drawbacks in the bank merger process. The mega bank mergers have reduced the amount of operating public sector banks in India. Through the merger, the Government of India decided to increase the strength of banks on a domestic as well as an international front. With the merger, the banks would be able to achieve an increased number of customers, economies of scale, access to new banking products and integrated technology. Though there are many benefits for the banks, there are equally a lot of drawbacks. These drawbacks have to be faced by the customers and shareholders of the bank. Some of the drawbacks are documentation issues, credit/debit card issues and issues related to corporate governance. These drawbacks can be removed if the systems related to banking processes are streamlined in an effective way. Even though mega bank mergers have many drawbacks, the benefits outweigh the drawbacks.

How to Draft the Scheme of Merger...

How to Draft the Scheme of Merger A scheme of the merger & acquisition is to be submitted b...