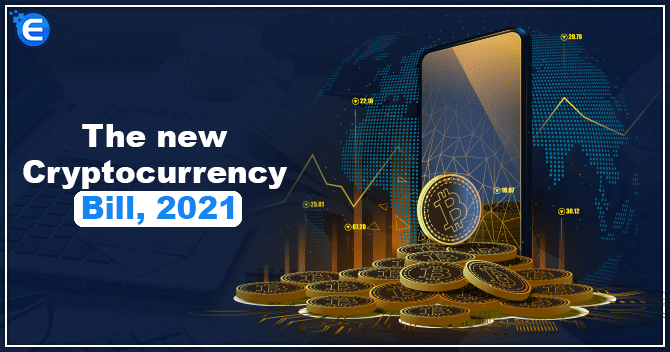 The Union Cabinet is likely to be taking the new Cryptocurrency Bill 2021, the long-awaited legislation to govern the virtual currency in India, soon. Cryptocurrency, which is a relatively new term to the ordinary Indian person, regardless of the fact that the digital currency and the technology underlying it, namely blockchain, have been existing for more than a decade, with the formation of Bitcoin in 2008 as the world’s first major cryptocurrency. Since then, there have been a plethora of various cryptocurrencies that have come into life, 10,295 distinct cryptocurrencies to be exact according to market value, and this number is only going to grow. As India grapples with the notion of digital currency, it is sure to raise issues of ownership, legal protection, and the role of intellectual property law in, as it has been described, “growth to the moon.”

With the exponential expansion and extraordinary developments in technology in India, particularly with the emergence of COVID-19, the fintech sector has been on an upward path. With the increasing popularity and exposure of cryptocurrencies such as Bitcoin, Ripple, Dogecoin, and others among Indians, many have begun to make investment the majority of their time and money in these virtual currencies, hoping to profit from the current global trend. The Reserve Bank of India, India’s highest financial body, has defined cryptocurrency as a type of digital/virtual currency produced by a sequence of written computer codes that rely on cryptography, which is encryption, and are hence independent of any central issuing authority per se.

The growth in the use of cryptocurrencies in India was so evident in 2017 that the Reserve Bank of India, together with the Ministry of Finance, butted in with a caveat for the general public saying that cryptocurrency is neither genuine nor legal. However, it was only a warning, and no legal action or repercussions were announced by the RBI at the time.

In 2018, the RBI issued a circular barring all banks and financial institutions, be it commercial or financial in nature, from dealing in digital currency or facilitating transactions for/on the same. According to them, the RBI’s reasoning for this decision was to protect people’s interests while also maintaining market integrity and preventing money laundering. This move caused chaos in the market, causing prices to drop as individuals sold their holdings in India. The Internet and Association of India (IMAI) filed a Supreme Court petition saying that the circular breached the principles of justice and equality of opportunity. Furthermore, the IMIA said that the circular was “manifestly arbitrary, based on illogical categorization, and imposes excessive limitations.”

The Indian Supreme Court, in March 2020, issued a decision in the case of Internet and Association of India vs. Reserve Bank of India, Writ Petition (Civil) No.528 of 2018, lifting the RBI’s blanket prohibition on cryptocurrencies imposed in its 2018 circular. It was a good move for Indian cryptocurrency dealers.

Lately, on May 31, 2021, the RBI issued another circular in which it repeated the point made in the IMAI ruling and urged banks to stop referring to the RBI’s 2018 circular. This circular reiterated the existing legal status of cryptocurrencies in India, which is “unregulated”.

In India, there is a particular statute in existence to regulate cryptocurrency. However, owing to the nature of cryptocurrencies, several pre-existing Indian laws, such as the Prevention of Money Laundering Act of 2002 and the Securities Contracts Act of 1956, may apply.

Aside from legislation, there is also legal ambiguity in the areas of intellectual property and cryptocurrencies, which I shall address shortly.

The undeniable reality is that crypto is now unregulated, and purchasing or trading crypto is not unlawful. The Indian government intended to present in parliament a regulatory bill titled ‘The Cryptocurrency and Regulation of Official Digital Currency Bill 2021.’ However, this would not be possible since the consultations with a large number of stakeholders were not completed.

According to Finance Minister Nirmala Sitharaman, the Union Cabinet is anticipated to take up the Cryptocurrency Bill 2021 to regulate cryptocurrencies and its expanding industry in India soon.

In a nutshell, the Cryptocurrency and Regulation of Official Digital Currency Bill 2021 aims to outlaw all private digital currency and enforce a regulated procedure for introducing a cryptocurrency legally. If the Act is enacted, a large number of cryptocurrencies will follow the formal road outlined by the act in order to become legal in India.

Moreover, the objective of establishing a virtual currency/ cryptocurrency law is to make trading easier and to maintain the technological environment safer. Nonetheless, despite the introduction of state-owned cryptocurrency, overseen by the RBI, the risk aspect connected in cryptocurrency investing and ownership or holdings will remain the same.

Furthermore, according to the most recent amendments to Schedule III of the Companies Act, 2013, the Government of India has mandated that companies report their holdings in cryptocurrencies beginning with the newly began fiscal year in the final week of March 2021. That is, corporations must now declare gains and losses on cryptocurrency/virtual currency transactions, as well as the amount that is held and details on any individual deposits or advances for the purpose of trading or investing in cryptocurrency/virtual currency. Those in the crypto industry have hailed this step with open arms, as it is believed that it would allow all Indian businesses will be able to hold cryptocurrency on their balance sheets.

According to the Lok Sabha’s Parliamentary Affairs Bulletin, the main goals of the Cryptocurrency and Regulation of Official Digital Currency Bill, 2021 are as follows:-

The Wonders of Intellectual Property with Cryptocurrency

With the creation of the new regulatory Cryptocurrency Bill 2021, cryptocurrency is bound to become a well-known concept in India, and it is a common question whether its unpredictability can be kept in check by determining ownership, which can be done through intellectual property protections such as copyright, patent, and trademarks. It is to be expected that after the regulatory bills are implemented in India, numerous start-ups that use crypto technology would seek legal protection for their techniques and procedures under intellectual property laws.

The most well-known cryptocurrency, Bitcoin, has not been patented. According to experts, the lack of IP protection is what allows such cryptocurrencies to expand at such a rapid pace. However, in my opinion, it also serves as a deterrent, and it is because of the IP that the growth and fall rate of cryptocurrency is unpredictable and dependent on a variety of external variables.

However, there are several objections for IP protections for bitcoin, arguing that because it has its own self-policing processes, it does not require IP protection, and as a result, individuals believe that cryptocurrency should stay open source. The most likely scenario is that as bitcoin develops popularity in India, the technology underlying it, namely blockchain, develops utility outside of the financial realm, there will be attempts to apply IP protection to apply ownership.

Analysts think that the new Cryptocurrency Bill 2021 may have an influence on certain existing investors in the nation who are already investing in private digital currencies such as bitcoin. This is due to the fact that if the Centre follows the Inter-Ministerial Committee’s (IMC) proposal, private cryptocurrencies would be prohibited in the country, causing a loss to the country’s existing crypto investors. However, it is unclear if the new regulation would include Bitcoin or Ethereum on the list of private coins that are prohibited.

There is also speculation that the new anticipated Cryptocurrency Bill 2021 will allow holders of such currencies to quit the asset class before its expected prohibition, but will impose a hefty penalty on conversion to a legal asset. Because the bill’s specific provisions are undisclosed, it’s unclear if individuals who own Bitcoin or other cryptocurrencies should sell them or not.

Based on the inferences that can be drawn from the aforementioned facts and the existing reality revolving around the realm of cryptocurrencies, it is clear that there is a lack of clarity in India with regard to cryptocurrency legislation. A well-structured cryptocurrency regulation with regard to crypto trading exchanges, blockchain technology, investors, and those engaged in such a sector is urgently needed, and as such, such regulation requires more attention.

It is worth noting that the benefits of cryptocurrencies were emphasised in the Ministry of Electronics and Information Technology’s Draft National Strategy on Blockchain, 2021. As a result, prohibiting global virtual currency, which has had an influence in many nations, is not the ideal choice for our country’s growth. To maintain the trust of investors and the general public in the growing country, the government must take significant steps toward regulating cryptocurrencies.

Though Union Finance Minister Nirmala Sitharam has stated that there will not be a complete ban on cryptocurrency – “we will allow a certain amount of window for people to experiment on blockchain, bitcoins, and cryptocurrency.” – it will be critical to take a step back and review the Government formulated regulations with regard to cryptocurrencies before moving forward.

Furthermore, with the Indian economy wrecked by the second wave of the Novel Coronavirus, this is a highly profitable time to introduce this uplifting aspect of cryptocurrency in the market. Apart from Wazirx, this initiative is expected to inspire a slew of new blockchain-based start-ups and a slew of new Indian intermediation platforms. However, with the central bank also developing its own cryptocurrency, it is highly probable that the middleman is eliminated as banks and financial institutions become directly involved in cryptocurrency.

Read our article:Government Aims to Impose 18% GST on Bitcoin Trading

Growth Aspect of Fintech in India...

In India, the banking system is very old, but it is still unable to serve a group of sections o...

Successful Story on Fintech in Asia...

Fintech is a success story in Asia retaining 40% of all capital invested in the financial secto...