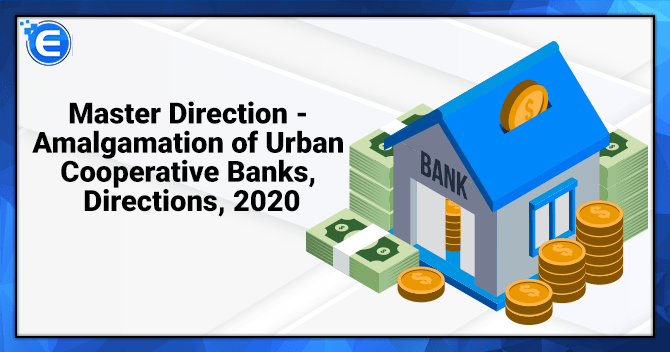 Purpose behind directions for amalgamation of urban cooperative banks

The Reserve bank said that it is satisfied that the amalgamation guidelines are necessary and expedient in the public interest. It may be noted that after the issue of these guidelines, the earlier norms would stand repealed.

Conditions for amalgamation of two or three urban cooperative banks

The RBI stated that it can consider the application for such amalgamation under the following scenarios:

Points to consider before the merger

The RBI stated that the merger decision should be approved by two-third majority of all board members of both acquiring and acquired urban co-operative banks.

Further, the boards of these banks (UCBs) are required to consider the following points before approving the merger:

When the board and the shareholders have approved this scheme, it can then be submitted to the Reserve Bank for final regulatory approvals.

The amalgamating banks would be provided certain incentives by the Reserve Bank in lieu of the mergers:

The guidelines pointed out that the RBI has discretionary powers to approve the voluntary amalgamation of Urban Cooperative banks under the provisions of section 44A read with section 56 of the Banking Regulation Act, 1949[1].

The predicament of the Non-Performing Assets (NPAs) has now become a great stumbling block in t...

The Reserve Bank has asked all banks to implement the image based cheque truncation system acro...