Effect on Repo Rate by RBI 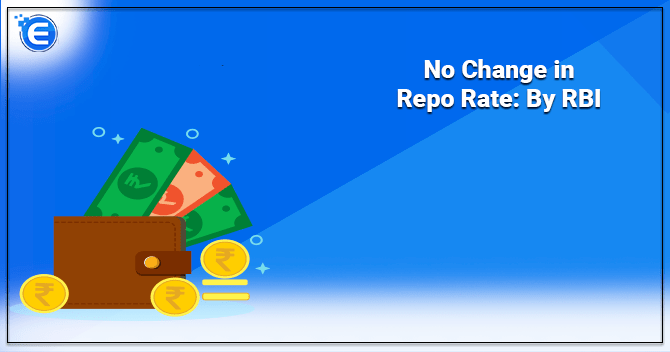 Repo rate means that interest rate which the RBI charges/lends money from its licensed commercial banks. The RBI gives these loans to banks at the repo rates so that they meet their short term funds to meet their regulatory or business requirements.

The purpose of Repo rate by the central bank is to signal about its monetary policy to the banks, business houses, governments, and to the general public at large. The policy of repo keeps checks on the two aspects;

a. Keeping the inflation under its control
b. Accelerates the economy growth
c. This policy is reviewed by the government from time to time as a part of their monetary policies.
d. The repo rate infuses the liquidity in the banking system by the central bank.

Components of a repo transaction

The critical components of a repo transaction between RBI[1] and commercial banks are as follows:

The basic aim of a repo rate change is to affect the cash flow of money within the economy.

a. When Repo Rate to be cut/reduced:

b. When Repo Rate is Hiked

The RBI raises the repo rate in situations such as:

What is Reverse Repo Rate?

Suppose a customer’s deposit their surplus funds with banks and they earn extra benefit on the deposits made.

Similarly the banks, they deposit their excess funds with the RBI. They get a rate at which RBI shall provide with them the interest to Banks for depositing funds; it is called the reverse repo rate.

It can be said that the reverse repo rate is that rate of interest which the RBI pays to banks, for the money borrowed from the banks. Here the RBI is the borrower and bank is the lender.

Reasons -Repo Rate affects the economy of our country

It can be well interpreted that after Pandemic, it is the economies which have been affected the most. Due to the fall in the economic activities, which stopped the cash flow in the country? Repo rate comes in the picture due to one single reason, that repo rate- the influx of money by the central bank to the other banks. When the cycle of cash inflow stops, lending and borrowing will be affected.

The factors which influence the repo rate and its changing behavior:

With the increasing levels of inflation, RBI attempts to lower the flow of money in the economy.

b. By increasing the liquidity in the market.

RBI is a body whose role is to influx funds into the system, which then reduces the repo rate. As a result, businesses and industries find it cheaper and easier to borrow money for different investment purposes. Hence, it increases the overall supply of money in the economy. In turn, boosts the growth rate of the economy.

The RBI constantly reviews the repo rate and the reverse repo rate according to changing factors in the economy. The RBI whenever aims to modify the rates will impact the economy.

It is been seen that any difference in the repo rates will directly impact/affects loans such as home loans. Also, a fall in the repo rates is to aim at bringing in growth and improving economic development in the country. Ultimately, the consumers will be borrowing more from banks which in turn stabilizes the inflation. The aim is to regulate the borrowing and lending flow and the chain to continue forever, to reduce the cost and cost of inflation.

Ultimately a fall in the repo rate can help the banks in bringing down their lending rate. This is beneficial for retail loan borrowers.

The article is about the RBI grievance redressal mechanism in Banks for which a framework has b...

Co-lending model between banks and...

The Reserve Bank of India (RBI) brought out a notification on the co-lending model which has to...

The Reserve Bank recently came out with a master direction on amalgamation of urban co-operativ...