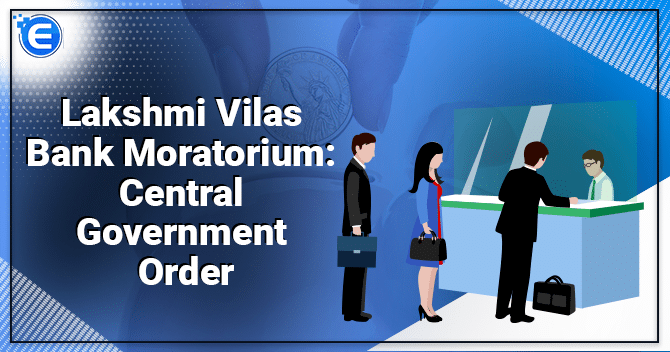 What are the main objectives of placing Lakshmi Vilas Bank (LVB) in Moratorium?

After consultation with the Reserve Bank of India (RBI) the Central Government has taken major steps to place this bank under the scheme of moratorium.

The following are the main objectives of placing LVB in Moratorium:

What was the order on?

The Central Government issued the order in consultation with the RBI to place all the accounts operating under Lakshmi Vilas Bank[1] under the scheme of moratorium.

The following order was considered under this scheme:

Are there any forms of exclusions related to the Moratorium placed on Lakshmi Vilas Bank?

Yes there are few exemptions available for depositors if they consider taking consent from the Reserve Bank of India (RBI) to meet some form of emergency or extraordinary expenses such as:

What is the reaction caused to public due to this Moratorium?

As a result of this order on Lakshmi Vilas Bank, public depositors would be affected drastically. They would not be allowed to take out any deposits for any sum more than Rs.25, 000/-.

There is no plan for financial stability related to this private sector lender. Hence the government has placed this bank under moratorium.

The Central Government has also considered discussions between Lakshmi Vilas Bank (LVB) and DBS Bank India Ltd (DBIS) a banking company which is incorporated under the provisions of the Companies Act, 2013[2].  Such scheme of amalgamation is placed between both parties for any comments and objections.

The government brought out a moratorium order to protect the private sector major Lakshmi Vilas Bank as it is facing liquidity crisis. With a view to protect the interest of depositors the government brought out this decision in consultation with the RBI. Some of the reasons for doing this are to protect the depositor’s interest. Under this order, depositors are not allowed to withdraw an amount more than Rs 25,000/- from any account. This order would be for a period of one month. With such order the government has also placed this bank in discussions with DBIS for amalgamation. This order will improve the financial position of this lender.

ITR or Income Tax Return is where taxpayers file information about the income earned & tax...

How to manage Income Tax notices?...

It is a routine inquiry for the Income Tax department to send Income tax notice to its taxpayer...