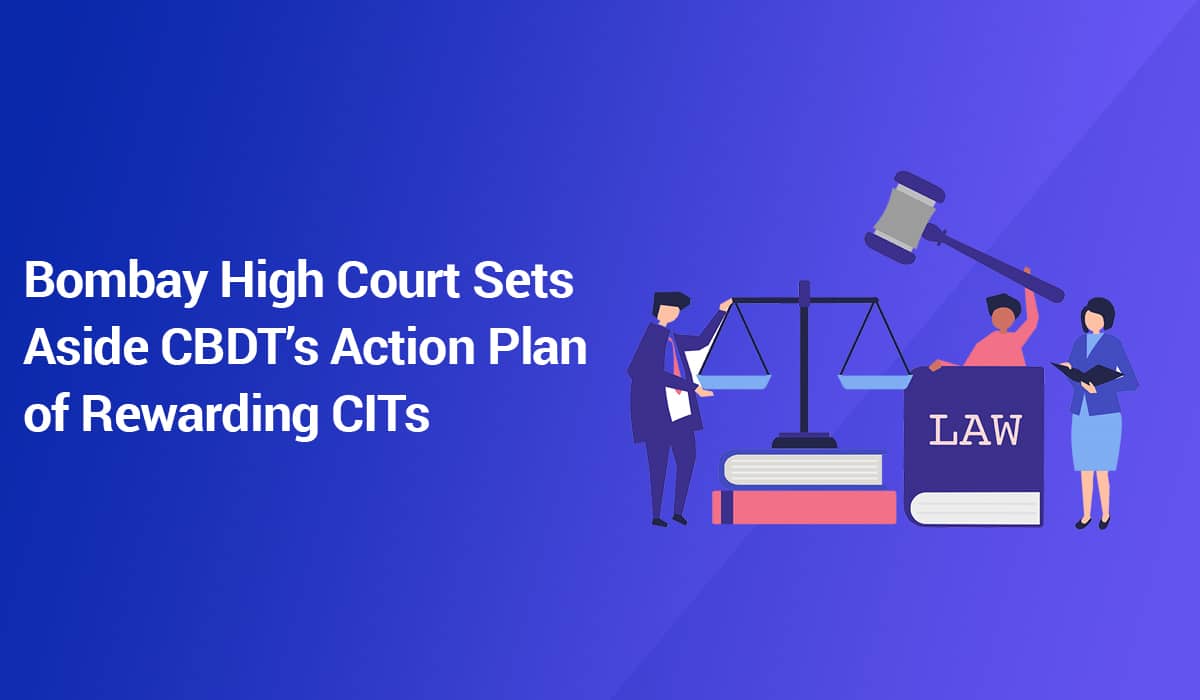 Recently, the Bombay High Court has set away a vital portion of the Central Board of Direct Taxes (CBDT) action plan as per which the Commissioners of Income Tax-Appeals (CIT-A) who pass ‘quality’ orders, would have received rewards which could be unfavorable to buyers. This judgment came due to a writ petition filed by the Association of Tax Consultants against the CBDT’s action plan opposing that the “quality orders as envisage by CBDT would result in favor of the Income Tax (I-T) Department’ only”.

As per the CBDT’s Action Plan for the Financial Year 2018-19, the CITs-A would be allowed additional incentives or performance credits which would depend on the number of rulings they make in favor of the tax department. Their appraisals will rely on “enhancing the assessment, strengthening the stand of the assessing officer or levying penalty”.

Chamber of Tax Consultants, a not-for-profit body of tax professionals, filed a petition against CBDT Action Plan in the High Court.

Order of the Bombay High Court

For the financial year 2019-20, the (Central Board of Direct Tax) CBDT will modify the definition of quality orders to include all the appeal orders which are passed by the CIT which are either decided in favor or against the revenue. This will be through the viewpoint of the Supervisory Commissioner who will check the time dedicated for finding the facts and passing exceptionally perfect order by considering applicable judicial precedents. This will result in the elimination of partiality.

Our Take on this Judgment

This judgment has come as a sigh of relief. The CBDT policy had fascinated a lot of criticism. Such incentives are impermissible and obstruct with the CIT (A) quasi-judicial powers. Moreover, such systems send out a very wrong signal to taxpayers.

How to get Patta Chitta online in I...

Patta Chitta online is land revenue reports that are maintained by the Tamil Nadu Government co...

A Glance through CCI & Competi...

The Ministry of Corporate Affairs (MCA) recently came out with the drafts for intended amendmen...

The Budget session was adjourned on 23rd March 2020 in wake of virtual lockdown amidst the outb...