Trademark Concern in Relation to the Internet Domain Names 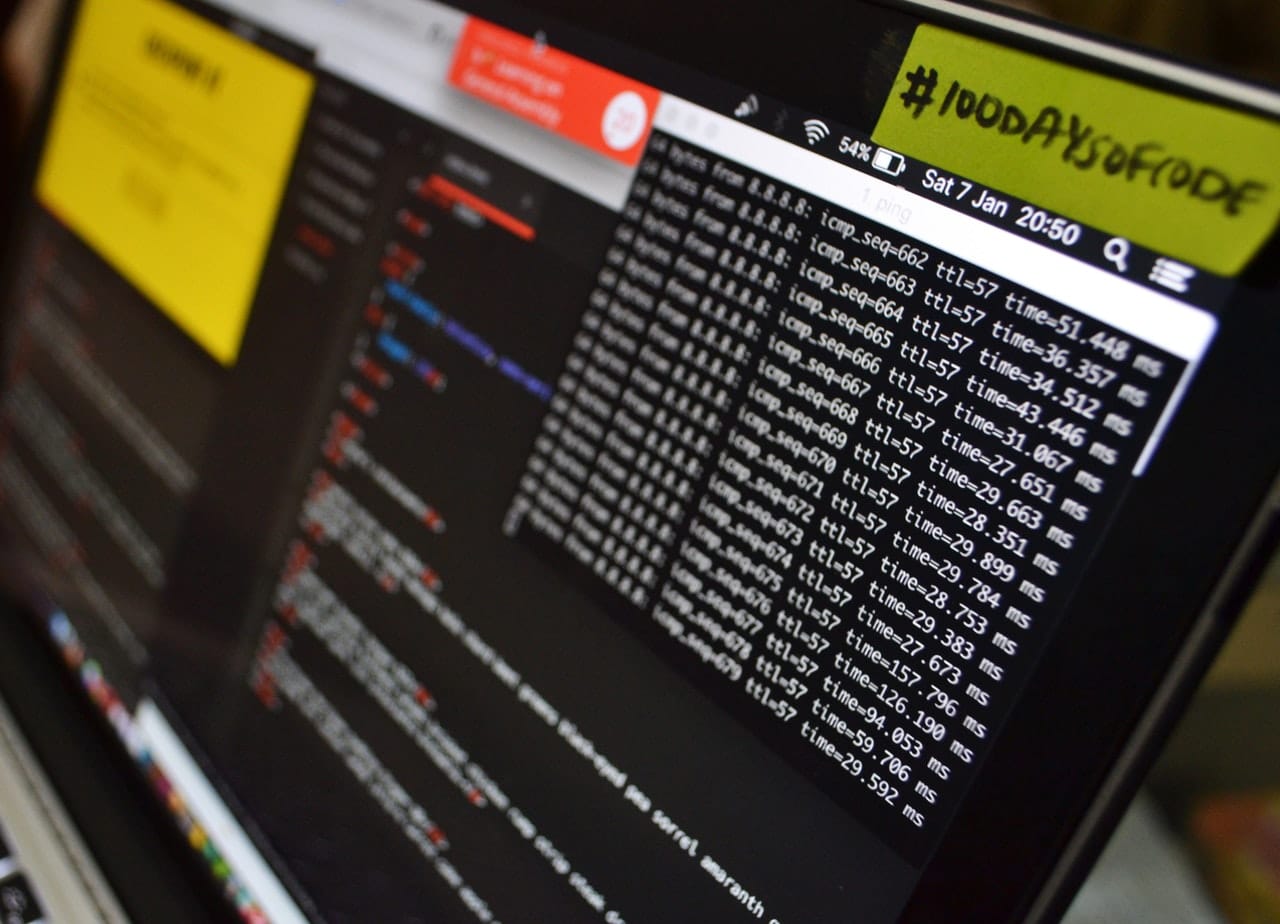 Marking any identification on the goods has been practicing from ancient times. People since ancient times using this practice to make the goods identification mark. As the civilization grew, innovative and new techniques of business demanded unique recognition to their products. Hence, the trademark is born. Today, in this article we will discuss on Trademark concern in relation to the internet domain name.

After the emergence of the internet in the market, e-commerce business has started flourishing and expanding their activities on the internet and hence the need of trademark took the place in the market. However, a company cannot directly put the hand in the cyberspace without an identity.

Although, Trademark and Domain name seems the same sound similar are distinct but both are unrelated. Many times, the well-known trademark is being used as domain names by hoaxers so that the customer can be deceived easily. The act of deceiving the customer is known as cybersquatting. The United States Patent and Trademark Office permitted registration of domain name as a trademark under certain circumstances. Courts have laid down certain circumstances of trademark infringement. These are as follows-

A domain name includes of Top level and Second level Domain name that can be registered with ICANN approved registrar like WIPO. And in case of any dispute arises, settlement of the domain name disputes can be through various means like ADR Mechanism, agreement, and court proceedings. ICANN has set up the uniform Dispute resolutions Policy to solve the disputes of the domain name at the international level.  Undoubtedly, the main issue while resolving the domain name and trademark dispute is the jurisdiction issue because the internet is boundless space.

What are the Trademark concerns relations to the Internet domain name?

In the modern world, information technology has become our daily bread. It has become a part of our lives.  The development of the internet and the exchange of data amongst various computers led to major technologies as well as telecommunication revolutions.

It is well said, “Technology can be a boon as well as bane”. Internet technology has majorly directly or indirectly contributed to the increasing number of cyber crimes in the society. There is trademark concern relatable to the Internet domain name is the Cybersquatting.

Trademark concern in relation to the Cyber Squatting

The act by which one party earns the profit and attracts the customer by misusing the trademark of the other parties is called cyber squatting.  Now, the misuse can be in any terms of registering a domain name having a resemblance to or exactly to the well-known company’s goodwill trademark. Cyber squatting is a big hindrance to the growth of the e-commerce companies.

“According to the PWC report of 2016, the emphasis that at a global level cyber crimes has been the second most reported crime in the world. Furthermore, according to the Indian Computer Emergency Response Team has reported around 27482 cases of cyber crimes in January 2017 to June 2017”.

With the Increased number of cyber crimes that strongly poses a threat to the individual as well as national security.  There is a strongly need for a re-invent technology that could easily track the cyber attacks or tackle it or even re-frame the more stringent laws to reduce such activities.

Intellectual property and Information technology go hand in hand are sometimes known as “sister laws”. Trademark, copyright, patent have now occupied cyberspace at a very large front.  After the rigorously emerging of e-commerce businesses, the entities have started expanding and flourishing their activities on the internet.

However, no company can directly enter into the cyberspace without an identity.  Unique Internet Protocol addresses were not that eye- catchy and they are quite difficult to remember due to its all-numeric version.   This difficulty in remembering led to the Domain name systems which we also called as the DNS.

Domain Name System was introduced as a substitute to the all-numeric traditional IP address. The main functions of the DNS are to convert complex IP addresses of the emails and websites to simple domain names for the easy understanding and easy access by the average user. Domain names contain importance in it as if now domain names are referred to as valuable corporate assets carrying goodwill.

Let’s understand this some example-

Cyberspace- Infringement of trademark occurs when one company generally uses the trademark of another company or trademark similar to that of other company in the course of trade of goods and services to deceive the customer and earn a profit by using the goodwill of any other company. The concern of Trademark infringement has been in existence from common law times.

What is the difference between Trademark and Domain Name?

On one hand the Trademark provides a unique identity to a product and on the other hand domain names are called as Internet Resource Locators. Domain names are also known as the Internet address of a company that after many years of the use becomes the identity of their diversified product lines.

But the question here arises is that, whether the trademark can be regarded as the domain names and vice versa?

This is the truth there has been much fuss about the resemblance of the two of the cyber world. The company has taken the number of a factor that includes the trademark within the domain name. A domain name can be called as the trademark and trademark could be used for registering the domain but it is only worth if the same company does it so. Many times, you have seen well- known trademarks are used as the company’s domain name by hoaxers to misguide the customer.

However, the court ruled that since the trademark is registered before the domain name, the defendant was at fault. Thus, most of the times the company earns the reputations from the internet domain name.

Another famous example of Trademark concern relating to the internet domain name is Amazon.com Inc vs. Royal responder IncCivil action.  In this case, the defendant was charged for sending emails using Amazon’s domain name that is Amazon.com and making the customers believe that the goods or services of Amazon.

The defendants were neither the affiliate of the Amazon nor they were doing so with any prior permission of the company. Amazon has a wide range of the customer all over the world and is also known for its services both online and offline. Hence, in that case, it is clearly visible that the company’s domain names have become a valuable corporate asset.

How to get the Registration of Domain name?

We the increased usage of the internet in almost every area there was the need to have a regulating body in order to grant and to maintain the records of IP address. Internet assigned numbers authority (IANA) was set up under the supervision of the US government to carry out the function like-

A domain name is divided into two levels –

Specifically talking about India – In India, National center for Software Technology is the official body that regulates the applicant’s presence in the country as an essential requirement for the registration. And on October 26, 2004, the government of India declared National Exchange of India (NIXI) as the registrar of the .in domain.

How the settlement of Domain name disputes works?

Domain name disputes are become rampant mainly because of the jurisdictional issues with the cyberspaces. The US is the first country to introduce legislation that specifically talks about the trademark infringement in cyberspace known as the anti cyber squatting Infringement act, 1999.

The following are the manners where domain name can be solved-

So, in order to overcome the problems of disputing, ICANN came up with the Uniform Dispute Resolution Policy as a mechanism to resolve the domain name disputes. The policy enables the trademark owner to challenge the legitimacy of a domain name. Organization approved by the ICANN for resolving what we say settlement of domain name disputes enjoy wide powers that include-

Furthermore, it is the duty of the provider to notify the parties related to the decisions of the panelists that have to b implemented within 10 days after receiving the notifications. The number of panelists could be either one or three. Hence, the burden of proof is on the complainant to show that-

With the expanding activities in the cyberspace or trademark infringement, various issues have been raised now and often. Talking about the name, then there is a very simple policy “first come first serve basis”. So, get registered as soon as possible with us by contacting us www.enetrslice.com

Importance of Design Registration i...

In today’s world uniqueness is one of the most important characteristics for selling your pro...

The filling of application online for Trademark Registration has improved the efficiency and tr...

Software Patent: Computer Program Patents in India A software patent can be defined as a patent...