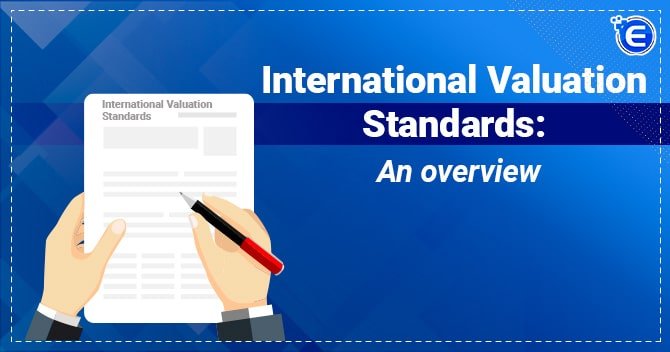 The importance of valuation standards cannot be belittled because of the significant role they play in regulating the professional valuation practice of the professionals at the regional, national and global level. The International Valuations Standards help in promoting trust, impartiality, professional ethics and integrity in the valuation activities. Many organisations and nations have responded to the international pressure in regulating the valuation profession by reviewing the regulatory environment, compliance with standards and valuer training. The IVSC has established itself as the global body to produce IVSs.

What are International Valuation Standards (IVSs)?

A number of stakeholders use valuations for several purposes such as in the financial and capital markets, for inclusion and exclusion in financial statements, for regulatory compliances or help in secured lending transactional uses. In order to maintain parity and understanding regarding the best valuation practices to be adopted and understood by all the stakeholders in the same sense, the International Valuation of Standards (IVSs) are the standards that consist of various actions required to be undertaken while undertaking a valuation assignment supported by technical information and guidance.

International Valuation Standards Council[1] (IVSC) is the International body which has been established to set standards for valuation. It is the responsibility of IVSC to set standards on undertaking of valuations and reporting thereof, especially those that will be relied upon by the investors and other third party stakeholders. IVSC also undertakes to develop a framework of guidance delineating the best practices to be followed while valuing different classes of assets and liabilities and also for the consistent delivery of standards through properly trained and equipped professionals across the globe.

IVSC is a non-governmental organisation with over 141 countries as its members and sponsors. Over a period of time, the asset classes in IVS have expanded a lot. This requires additional standards for a number of asset classes of interest to India such standing crops, livestock, plantations, antiques, mines, precious stones, quarries and minerals.

The objective of International Valuation Standards (IVSs) is to cement the trust and confidence of the users in valuations services by establishing a transparent valuation framework along with consistent valuation procedures.

What do the International Valuation Standards contain?

The IVSs contain five different types of pronouncements. These are as follows:

IVS framework provides the concepts and principles that need to be followed while applying the IVFs. However, it does not include any required actions.

IVS General Standards contain the actions that are required at the time of setting up, carrying out and reporting a valuation.

IVS Asset Standards contain the additional requirements for each of main genres of asset. It also contains guidance on important issues which affects valuation of a particular type of asset that needs to be considered.

IVS Application Standards contain some additional requirements for specified valuation purpose and guidance on the matters that may be typically encountered.

Technical Information Papers contain the guidance on complying with specific requirements in different standards or while dealing with matters where there is evidence of diverse practice.

Adoption of IVSs by different countries

IVSs have found their place in the IFRS Model Financial Statements released by two of the four Big Four Accounting Firms namely Deloitte and EY. Even the European Banking Authority (EBA) made references of IVSs in its new valuation handbook for central banks and other prudential regulators in Europe.

Private Organisations have also confirmed to the IVSs signalling their commitment to international standards related to professional valuations by becoming a member of IVSC.

Despite the existence of IVSs, considerable variation in the local laws related to valuation can be observed in many countries regulatory framework. Things become even more complicated when different bases of value and methodologies are adopted to do valuation across the world leaving no scope of symmetry in valuation methodology.

Different national regulations have different notions related to the concepts of market value, divergent valuation approaches and coupled with a lack of qualified valuers act as major challenges across both mature and emerging markets.

The primary reason for introducing IVSs was to bring in consistency and uniformity in the valuation standards. Since, different assumptions lead to drastic changes in the value conclusion, the objective of uniformity seems to have been lost. These IVSs provide a benchmark to the professionals to ensure uniformity and consistency in the valuation output. The need of the hour is to have uniform, consistent and transparent valuation policies and harmonise the same with the diverse set of valuation practices followed across the world. This, however, requires extensive collaboration and willingness to compromise from both the ends to make it happen.

Read Our Article: What is Business Valuation?

License Required for Starting an E-...

Buying products or services online is a convenient method of shopping without roaming in a mark...

All About Real Estate Investment Tr...

Across Asia, Real Estate Investment Trusts prove to be a viable choice for alternative investme...

An Independent director is a director or a member of board of directors who does not have any m...