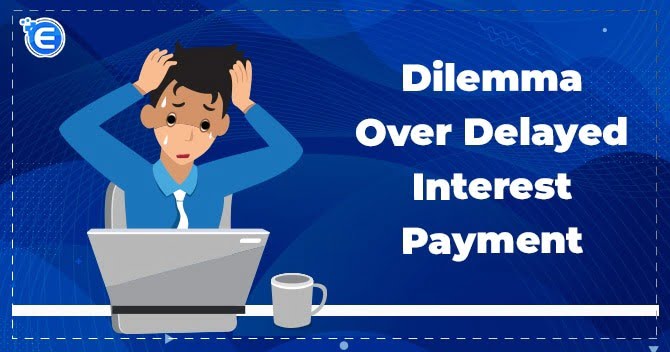 The process of getting a refund back from the Income Tax Department is in itself a very tedious task. It comes with its own set of challenges and delays. On one hand where the taxpayers have to shell out high interest rates in case where they delay in making tax payments, the taxpayers do not get the same privilege to receive from the Income Tax Department at those very high rates. Instead they get delayed interest payment at very low and sometimes deprived from that meagre interest also.

Section 244A of the Income Tax Act, 1961 talks about the mechanism for the payment of simple interest that a taxpayer is entitled to receive on account of refund of “any amount” which is due to the assessee under this Act.

Issue of interest on delayed payment of Interest

The issue at hand is whether interest must be paid by the Income Tax Department must be paid on the delayed interest payment has been dealt multiple times by many courts of law including the honourable Supreme Court of India. However, only conflicting views have come to the fore:

In another case of CIT, Bhopal v H.E.G. Ltd. [2010] before the Supreme Court of India, a three judge bench of the honourable court held that the interest accrued on the refund but not paid to the taxpayer assumes the character of principal amount and falls within the ambit of the phrase ‘amount due’ under section 244A of the Income Tax Act.

However, the division bench judgment of Sandvik Asia Ltd. v Commissioner of Income Tax was later reconsidered by the honourable court in a three judgment in the case of CIT v Gujarat Fluro Chemicals. The court held that the position held by the court in the case of Sandvik Asia Ltd. (supra) is a peculiar where the refunds along with the statutory interest was released after a long period of time causing serious hardships to the taxpayer. Hence, what the court granted in the case of Sandvik Asia Ltd. (supra) was a mere compensation given in the form of interest and the same should not be considered as interest on delayed payment of interest. On this basis, the honourable court restricted the scope of ‘amount due’ to the refund along statutory interest and not the interest on such statutory interest.

In another case of Union of India v Tata Chemicals Ltd.(2014), the honourable Supreme Court held that in cases where the collection of amount is done in an illegal manner by the Income Tax Department, then the department is not only bound to refund the amount along with the interest. The rationale behind this is that the Income Tax Department has received, retained and used the amount which does not rightfully belong to them. The law of equity also says that just as the taxpayer is made to pay tax on higher interest rates for delay in payment of taxes, similar standards must also be applied to the Income Tax department and it should be made liable to pay interest on the delayed payment of interest. Keeping in mind the principles laid down in the case of Tata Chemicals Ltd.(supra), it is high time that the government or the judiciary puts an end to this dilemma and the save everyone from a series of unnecessary and protracted litigation.

Read our Article:Provisions related to cash transactions under Income Tax

India is an agricultural rich economy. There are many perks and incentives provided to those wh...

Provisions Under Section 11 of the...

Any income earned by a Charitable or Religious Trust is exempted from the purview of taxation u...