Deduction Allowed To Co-Operative Society on Interest from Members 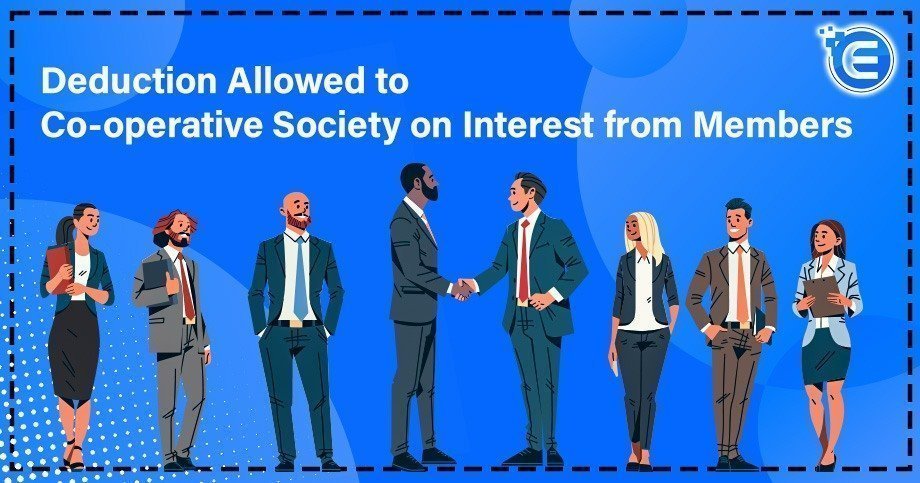 ITAT Ahmadabad, through its order dated 7th October 2022, in the case titled  Asstt. Commissioner of Income Tax Versus Visnagar Taluka Majoor Sahakari Mandli Limited allowed the deduction to the co-operative society on interest from members u/s 80P(2)(a)(i) of the ITA. The revenue filed the appeal against two orders dated 8th August 2019, which were passed by the CIT (A), Gandhinagar, Ahmedabad, for the Assessment Years 2014-15 & 2013-14. The article discusses the aspects covered in the case to explain the same in a simplified manner.

Vide order dated 23rd September 2018, the PCIT directed the AO to reframe the assessment order after considering the law as provided in the case of PCIT vs Totgars Co-operative Sale Society pronounced by the Karnataka High Court.

The appellant/assessee submitted that it is a co-operative society involved in the principal activity of providing loans and advances to only its members. The AO disallowed the claim of Rs.2,55,842 u/s 80P(2)(d) of the Act and therefore, upon being aggrieved of the order of AO in respect of the disallowance the assessee/ appellant filed an appeal before the CIT (A) wherein the appeal of the assessee was allowed.

The grounds of Appeal by the Assessee are given below

Contentions of the Revenue

The Revenue contended that according to the decision of the Apex Court in the case titled Totgars Co-operative Sales Society Limited vs ITO, the interest income received from Nationalised Banks must be eligible to be taxed under the head of income from other sources as per sec 56 of the IT Act, and Income from other sources is not the income of the assessee, thereby making the deduction u/s Section 80P ineligible for the assessee.

Further, it was contended by the DR that the CIT(A) had wronged in deleting the interest earned under Section 80P(2)(d) of the Act, thereby praying that the disallowance of the deduction by the AO must be upheld by the tribunal.

Ld. DR placed reliance on the judgement of the Apex Court in the case of Pandian Chemicals Limited.

Contentions of the Assessee

The Ld. AR made a submission that the Hon’ble Jurisdictional HC, in the matter of (SBI) vs CIT, had clearly held that if a society provides credit facilities to its members, only interest derived from credit provided to its members would be deductible u/s 80P(2)(a)(i) of the Act thereby considering the decision of the CIT(A) as right pertaining to allowing the appeal of the assessee.

The decision of the Tribunal

The tribunal held that the issue raised in the case cited by the revenue and decided by the Apex Court was regarding the interest income earned from Nationalized Banks which was taxed as income from other sources, but in the case of cooperative societies, the setup is entirely different and the deduction u/s 80P(2)(a)(i) of the Act is allowed in the event of the interest being derived from credit provided to its members and the same cannot be considered equivalent to Nationalised Banks as dealt in the case decided by the Apex Court.

While deciding upon the present case, the tribunal held that the assessee society had received interest income from only cooperative banks, the assessee is a credit society, and funds are received from its members only, thus, making the deduction properly claimed by the assessee.

The Hon’ble High Court’s judgement and the reasons observed by the Hon’ble Jurisdictional High Court can be applied in the present case. In fact, the decision of the Hon’ble Apex Court hasn’t debarred for claiming deduction u/s 80P, wherein the credit facilities are provided to the members and are in direct relation to the business while deriving interest.

ITAT[1] Ahmadabad supported the assessee and dismissed both the appeals filed by the, thereby clarifying that deduction u/s 80P(2)(a)(i) can be allowed on interest from members. The decision, in this case, can be a great precedent and facilitate the speedy disposal of cases relating to such aspects of the law.


Read Our Article: How to File an Income Tax Appeal with ITAT?

CBDT is an acronym for Central Board of Direct Taxes, a statutory authority responsible for the...