Compliance with Loans from Foreign Companies 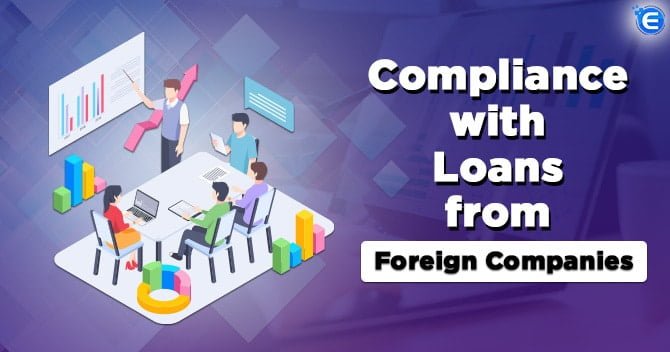 The following are the routes to foreign investment:

Automatic Route- Under the automatic route, prior approval is not required for any form of investment. Therefore a borrower can get a loan from a foreign company without the prior approval from the Government of India. 100% foreign investment is allowed through this route in specific sectors.

Regulation of Loans from Foreign Companies in India

Difference between ECB and Loan from Foreign Companies

Therefore an Indian company can raise loans from foreign companies through an external commercial borrowing or by issuing capital instruments. However, these forms of raising loans are completely different due to regulatory requirements and their mode of operation.

Restriction on borrowing of Loans from Foreign companies

As per the FEMA regulations, any individual is not allowed to borrow foreign exchange from an individual outside India or borrow currency in the form of Indian Rupees from a person outside India. However, there are specific exceptions to the above prohibition. One of the exceptions is when there is prior permission taken from the RBI.

A company or an individual receiving permission from the RBI is allowed to borrow foreign exchange or currency in the form of Indian Rupees. Another exception is when an Indian individual or an Indian Company uses a credit card outside India. This would not be classified as borrowing of loans from foreign company.

The following instances where Authorised Dealers are allowed to take loans (borrow money):

Borrowing from persons other than authorised dealers- Loans from Foreign Companies

Resident Indian can also borrow in Indian Rupees from NRI

Companies that are incorporated in India can also take loans

Overview of Letter of Credit under...

What is a Letter of Credit? A letter of credit can be understood as a promise made by a bank to...

Any  Foreign Company incorporated under prevailing companies Act registered in India, if want...