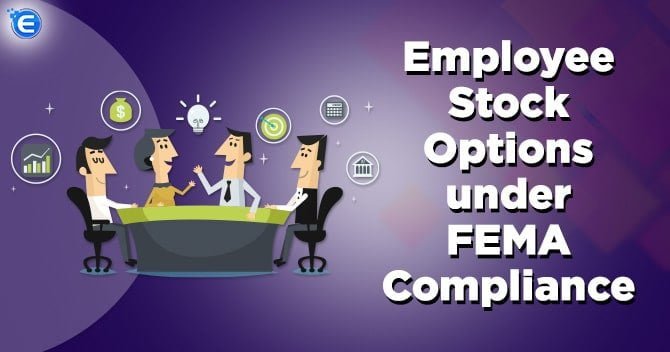 Employee Stock Options, also known as ESOPS, is a part of the shares which are provided by the company to the employees. The employees who subscribe to shares would get advantages of selling the shares back to the company. This option is according to the will of employees. A company cannot redeem the stocks that are given to employees under the ESOP plan.

ESOP plan is like a compensation that is offered to employees for their determination and motivation towards the development of the resources of the company. Employees are considered as the stakeholders of the company. These stakeholders are given the option to subscribe to the stock of the company. This would be offered as a package to the employees. Either a multinational or corporation would offer this ESOP package as an overall remuneration package to the employee. Apart from this, multinationals would also provide this to employees as they are promoted. Therefore ESOP is considered a contractual right for an employee to acquire shares of the company where they are working.

When a foreign company provides employees of an Indian Company, such options, then compliance related to employee stock option under FEMA has to be followed. Companies have recently accepted ESOPs for improving the performance and productivity of an employee. Previously the system of ESOPs was used and considered primarily by knowledge-based companies. These would include software and companies that were engaged in biotechnology products. However, this trend has changed and is accepted by a vast spectrum of companies across the world. A foreign company would not need to offer a high salaried package to an Indian Employee but can benefit by offering an ESOP option to the employee. However, if the foreign company is choosing this option, then employee stock options under FEMA regulations have to be mandatorily complied with.

Employee stock options under FEMA, which are issued by the foreign holding company, are provided for the main reasons:

Companies, therefore, use Employee Stock Options. However, there has to be compliance for employee stock options under FEMA, Companies Act, RBI and SEBI regulations. If such rules are complied with, a company can issue a stock option without any difficulties.

The primary framework for an ESOP is the Companies Act 2013. When a company wants to issue ESOP, then it has to comply with the provisions of the Companies act 2013. Both listed and unlisted companies can issue ESOPs. However, if the company is listed in a stock exchange, then it would have to follow the regulations as per the SEBI ESOP regulations. Apart from this, for ESOPs to not attract any form of tax, they have to be compliant with the provisions of the Income Tax Act 1961. There are specific guidelines which are issued by the government concerning ESOPs under section 17(2) (iii) of the Income Tax Act 1961. Therefore a listed company would have to comply with the above two regulations related to issuing of ESOPS.

For a private company, the only regulation that governs the provisions related to employee stock options is the Income Tax Guidelines. A company planning to offer Esops to employees in the future has to comply with the rules. If a company wants to go for an Initial Public Offering (IPO), then it would be beneficial for the company to comply with the SEBI guidelines related to ESOPS. After the IPO, the company can issue ESOPs as per the pre-IPO SEBI ESOP Guidelines. By considering the above, a company would be compliant with the securities regulator. ESOPs issued in such instances would be valid.

Under the Companies Act 2013, a special resolution has to be passed by the shareholders and management under section 81 to issue ESOPS. When a special resolution is passed on the issuance of ESOPs, then a statement has to be circulated to the other shareholders. Section 77 of the Companies Act does not permit any public company to issue any shares to its holding company or subsidiary company. This would be considered as a mode of providing financial assistance, which is not allowed. Apart from the above rules, employee stock options under FEMA compliance have to be also followed.

One of the first notifications associated with employee stock options under FEMA was released on 05 April 2006. This notification was addressed to all banks dealing with Foreign Exchange Regulations. This notification specified the requirement of the issue of shares by a foreign company. The foreign company could allot these shares under the ESOP Scheme. The shares could be repurchased from employees through the automatic route. Under the Automatic Route for employee stock options under FEMA, there is no requirement to take government approval before going ahead with a particular transaction.

This notifications and amendments would apply to Regulation 22 of the Foreign Exchange Management (Transfer or Issue of Any Foreign Security) (Amendment) Regulation, 2004 (“Regulation”).

Read Also: ESOP: A Tool to Hold on the Employees.

This regulation applies to transactions that involve employee stock options under FEMA. Employees are allowed to purchase shares from a foreign holding company under this regulation. There is no form of monetary limit on the amount of money that can be transferred for the purchase of shares. This would be applicable for shares which are allotted as per the ESOP scheme of the company. The resident Indian would have to work in the branch office or the liaison office of the foreign company. The employee has to be termed as a regular employee or an executive director of the company, in which the foreign company has a significant amount of control. The amount of control will depend if the foreign company has more than 51%.
Authorized dealers based on the above rules are permitted to allow ESOP transfers.

If shares are offered by the same company or either through a special purpose vehicle, then it would be considered as employee stock options under FEMA if the following conditions are satisfied:

In the same notification, the RBI allowed foreign companies to purchase employee stock options under FEMA. These shares could be repurchased by foreign companies as long as the following conditions were satisfied:

Previously the amendment which was made by the RBI regarding ESOP in 2004 seems to be similar. However, more conditions regarding the use of employee stock options under FEMA are mandatory according to the recent amendment.

Under the 2010 framework related to Foreign Direct Investment, a listed company can use the option to issue shares under the framework to employees in India or its employees in its wholly-owned subsidiary abroad. The employees must be resident Indian. This would not apply to the citizens of Bangladesh.

These ESOPs can be issued through the form of trust with the following conditions:

Reporting of ESOPs which are issued to Non-Resident Indians

In a Master Circular issued related to Direct Investment by Residents in Joint Venture (JV) / Wholly Owned Subsidiary (WOS) Abroad (Master Circular No. 11/2015-16), there are certain compliances for employee stock options under FEMA. The rules are similar to the regulation which is brought out in 2006 related to the issue of Employee Stock Option to resident Indian from a foreign company. There are similar compliances under this.

Issue of ESOPs to NRI (Employee Stock Options under FEMA)

Employee Stock Options or known as ESOPs, are issued to an employee by a company. The employee has the right to subscribe or purchase the shares of the company. While this is just considered as an employee right, it is not an obligation for an employee to purchase the shares. However, a company can buy back the ESOPs. A foreign holding company issues employee stock options under FEMA to an employee who is a resident Indian. The foreign holding company has to establish more than 51% of control over the Indian subsidiary. Compliance with other laws is mandatory for the issue of employee stock options under FEMA. The foreign company can buy back the shares from the Indian employee as long as certain conditions are followed. An Indian company can issue ESOPs to a Non-resident Indian who is working as an employee or a whole-time director of the wholly-owned Indian subsidiary. If ESOPs are issued, then certain compliances have to be followed by the Indian subsidiary. Esops are generally issued to knowledge-based work. Technology, Pharmaceutical, and Biotechnology companies would use knowledge-based work. Therefore a company that issues Esops has to be compliant with the relevant regulations.

Transfer Shares from Non Resident I...

Foreign Exchange Management Act, 1999, has laid down the regulations for transfer of security f...