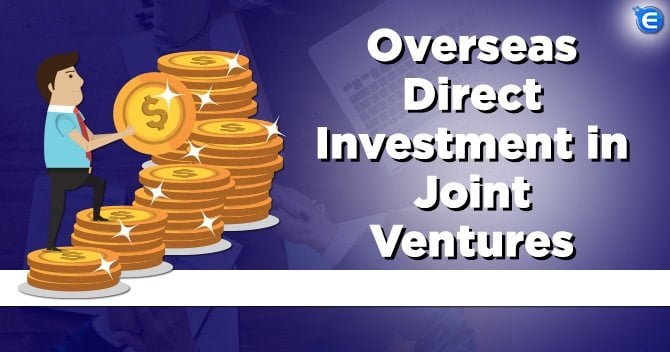 How is ODI regulated?

The Reserve Bank of India is the primary regulatory authority dealing with overseas direct investment. The Government of India has brought out the law for regulation of foreign exchange in the country.

The RBI has the power to issue directions and circulars under FEMA. ODI is an investment made by an Indian Party in a Joint Venture (JV) or Wholly Owned Subsidiary (WOS) in a foreign country. Investments cannot be made by the Indian party.

They have to be routed through the Authorised Dealer (AD) (Category-I). Authorised Dealers are banks regulated by the RBI to carry out foreign exchange transactions. RBI has the power to issue directions on the operation of authorized dealers.

What are the routes for making Overseas Direct Investment?

There are two routes for making overseas direct investment in the host country.

The routes of making investment are the following:

Approval Route– The FDI under approval route is also called the government route. Under this route, prior permission is required by the government for making an investment.

What is a Joint Venture?

An Indian entity has to enter into a joint venture agreement with a foreign company prior to making any form of investment. Under this agreement, the parties may or may not agree to share profits.

The following are allowed to make an investment in a joint venture:

The above entities are permitted to invest in a joint venture under the ODI route.

An investment is also called a financial commitment. Financial commitment can be understood as a contribution to the equity or 100 percent of the amount of guarantee or 50% of performance guarantee. This commitment is provided by the Indian party to the overseas joint venture.

What is prohibited under ODI?

The following investments are prohibited under the system of overseas direct investment:

The above prohibitions on investment do not apply to construction of townships and development of residential areas.

As per the Foreign Exchange Management Act, prior permission is required from the RBI to invest in a joint venture. An Indian company has to take permission for acquiring foreign securities in a JV or WOS. General permission is granted by the Government of India for purchasing shares and securities in foreign JV.

The following methods are used to purchase foreign securities:

What are the provisions for ODI in a Joint Venture?

The following are the provisions for Overseas Direct Investment in a Joint Venture:

Other applicable conditions for investment

Apart from the above forms of investment, the Indian party has to satisfy certain specific conditions:

Pledge of Shares by the Indian Party

A charge can be created by an Indian party by pledging the shares of the Joint Venture/ Wholly Owned Subsidiary/ Step down Subsidiary outside India. Such pledge would be held as a security on behalf of the authorized dealer. The pledge can be used by the Indian party for availing fund based and non fund based activities for itself. The pledge can also be used for the joint venture or wholly owned subsidiary or the step down subsidiary.

The following conditions have to be satisfied for creating a pledge:

Sources of Funding for ODI in a JV

Under the automatic route, an investor can use the below sources of funding the investment:

Compliances required to be filed for carrying out the investment

Approval from the RBI would be required. Along with Form ODI, the Indian Entity must provide the requisite documentation. The form must be submitted through the authorized bank.

Are Individuals allowed to Invest in JV through Overseas Direct Investment?

A resident individual would come under the meaning of an Indian party. Therefore, a resident individual can invest in foreign-owned joint ventures. The investment must be made in CCPS or equity shares. The maximum limit that is allowed under this investment is as per the liberalized remittance scheme (LRS), which is USD 250000.

Overseas Direct Investment must be differentiated from Foreign Direct Investment. Eligible entities can make an investment in foreign JV/ WOS through the overseas direct investment route. An Indian entity before making an investment must follow the compliances applicable to the investment. The eligible entities allowed to make an ODI are partnership firms defined under the partnership act and LLP act. ODI is not limited to entities, but it is also applicable to resident Individuals. Individuals can make an investment of up to USD 250000 under the liberalized remittance scheme.

Framework for Possession of Foreign...

The framework for management and administration of foreign exchange in India is present under t...