What do you understand by Breach of Contracts?﻿ 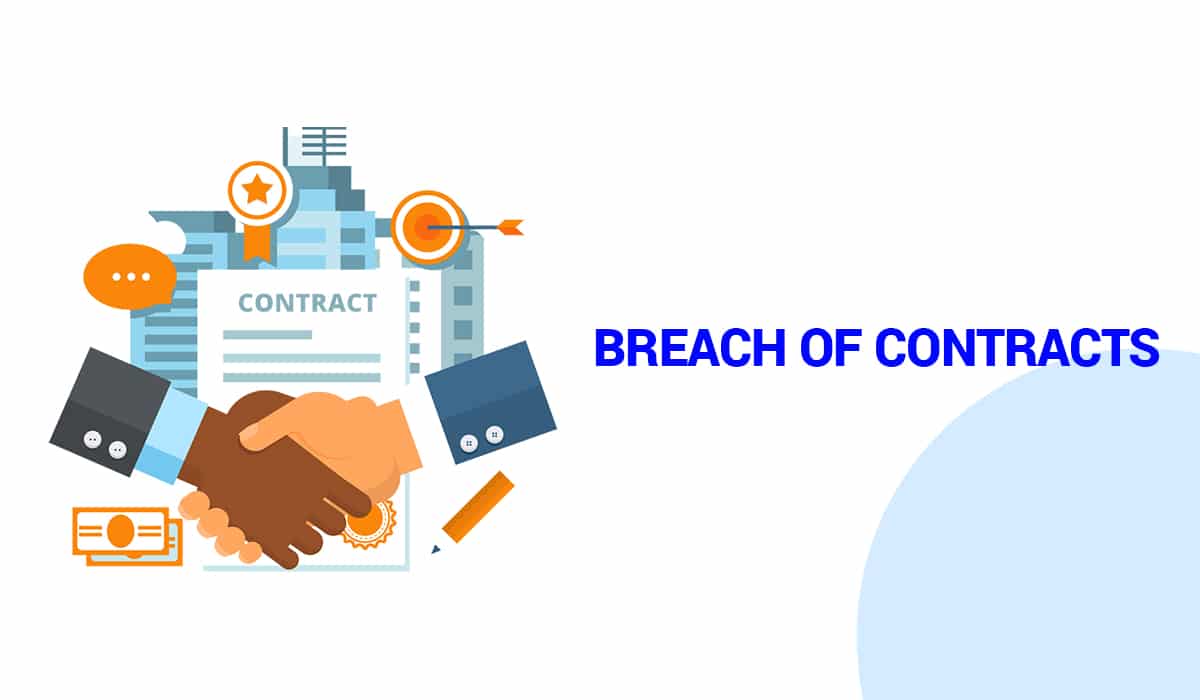 In this article, we’ll discuss the basics of contracts, essentials of a contract and breach of contracts and its remedies.

What is a Contract?

The Indian Contract Act, 1872 in section 2(h) defines contracts. It states a contract is a legally enforceable agreement in oral or written form between two or more parties. In simple terms, it is a set of promises where one party promises to do something for the other for some benefit or consideration.

What is the Difference between Written and Oral Contract?

The main difference between an oral contract and a written one is that oral contracts are harder to prove because they are not written down. The oral contracts are susceptible to error because of lack of clarity and certainty. Due to this, one should always opt for written contracts. By putting the agreement in writing the parties get to know the terms and conditions which they have agreed upon.

What are the Essentials of a ontract?

Following are the essential characteristics of a contract-

The parties to the contract must have a clear understanding of the subject matter of contract. There must be an offer from one party and acceptance of such offer by the other party.

To form a valid contract the consent of the parties need to be free. All the parties must have agreed upon the subject matter of agreement in the same sense and in the same manner. If the agreement is caused by coercion, fraud, misrepresentation or mistake then under section 14 of the Indian Contract Act, the contract is deemed voidable and not enforceable by law.

If the object of the agreement is unlawful, then the contract is void.

Consideration means “something in return”. It means the price paid by one party for fulfilling the promise by another. If there is no consideration or the consideration is unlawful then the contract is void.

Agreement should not have been declared void under any law in India.

What is a Breach of Contracts?

What are the types of breach of contract?

Types of breach of contract-

What are the remedies for breach of contracts?

There are few remedies available for breach of contracts-

When one of the parties doesn’t fulfill their promises, then the other party is at liberty to rescind the contract and refuse the performance of their obligations. As per section 75 of the Indian Contract Act, the party rescinding the contract is entitled to damages/compensation.

Section 73 of the Contract Act clearly states compensation for loss caused due to a breach of contract can be claimed by the party who has suffered the loss.

Where damages cannot bean adequate remedy, the Court may grant specific performance of the contracts. The court may direct the party who breached the contract to perform their part of the obligation according to the terms of the contract.

The term Quantum merit is derived from a Latin term meaning “what one has earned”.  A right to sue under quantum merit arises when the contract is partly performed by one party and has been discharged by breach of contract by another. The party can file for quantum merit and may claim for payment for the work done.

For more information, you can contact our team of experts at Enterslice

In order to resolve and decide upon all the matters related to the Company law in India, the Go...