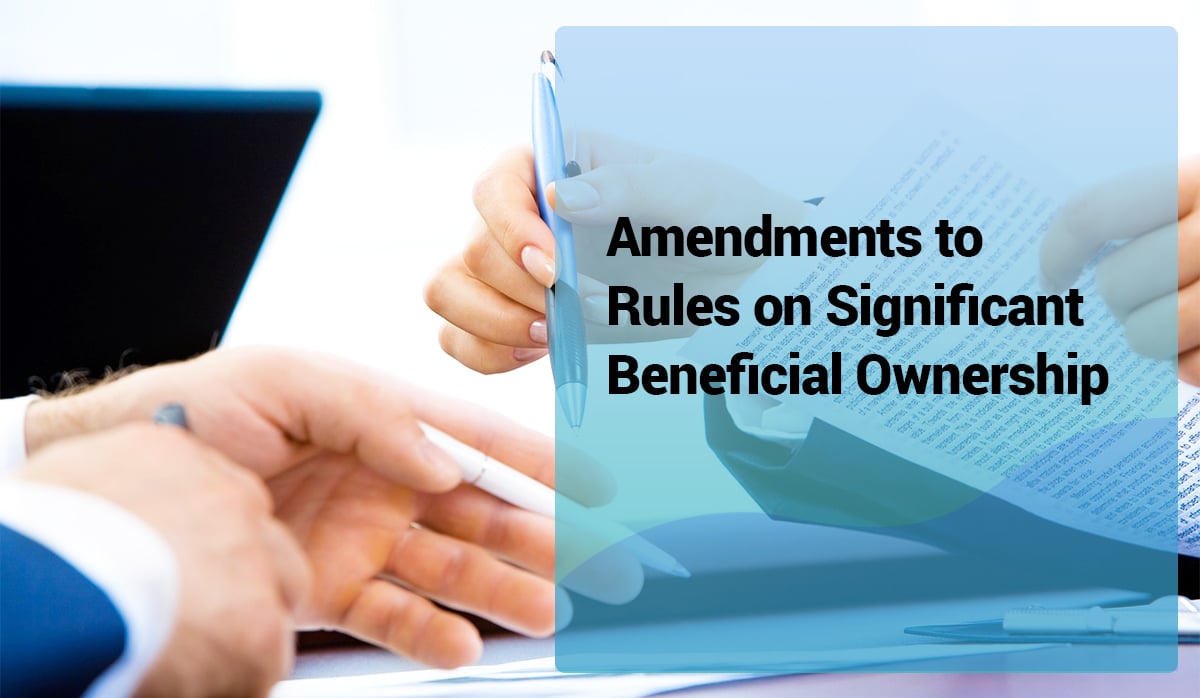 The Government of India has amended the significant beneficial ownership rules for companies, putting in place a more clear regulatory framework that would also help identify entities that might be controlled from outside the country. The Ministry of Corporate Affairs (MCA) has issued amendments to the Significant Beneficial Ownership rules under the Companies Act, 2013.

The amended rules are clear, precise and “all forms of control” that could be exercised in the affairs of a company are being captured.

How the amended rules for Significant Beneficial Ownership came into force?

To facilitate the implementation of the provision and to remove the practical difficulties faced by the stakeholders in complying with the requirements of the provisions:

What is Significant Beneficial Ownership (SBO)?

As per the amended Section 90 of the Companies Act, 2013, SBO can be understood as under:

Accordingly, the revised rules provides the following definition as –

“Significant Beneficial Owner in relation to a reporting company means an individual referred to in sub-section (1) of section 90, who acting alone or, together, or through one or more persons or trust, who possesses one or more of the following rights or entitlements in such company, namely:-

What is Indirect Holding?

If an individual does not hold any right or entitlement indirectly as per the above-mentioned clauses, then he should not be considered to be a significant beneficial owner. Therefore, in order to be an SBO, a person must have an indirect right or entitlement and where the person has only direct holding, he shall not be termed as the SBO.

You can determine the holdings in the way mentioned below:

An individual shall be considered to hold a right or entitlement directly in the reporting company, if he satisfies any of the following criteria:

An individual is considered to hold a right or entitlement in a direct if he satisfies any of the following criteria’s:

The following key terms are very important to know:

1. Majority Stake: This term has been newly inserted in the amended rules which define:

2. Person Acting Together: If any individual or a group of individuals acting through any person or trust, act with a:

on a reporting company through an agreement which can be formal or informal. Hence, such individuals or a group of individuals shall be deemed to be ‘acting together’.

We can divide the declaration into two stages:

Return of SBO in shares

Non Applicability of the Amendment

These rules would not be applicable to the extent the share of the reporting company is held by:

The revised format of the Forms BEN-1, BEN2, BEN-3 and BEN -4 has been provided, however, the electronic version of the BEN-2 is still awaited. For more information, you can read the official notification here

Listing of a company has been regulated by SEBI. If you list your company in the stock exchange...

Everything that is talked about supports the creation as well as set up of a Compliance functio...

What is new under National Company...

The NCLT Amendment 2020 has been created to amend the existing NCLT Rules, 2016. This was notif...