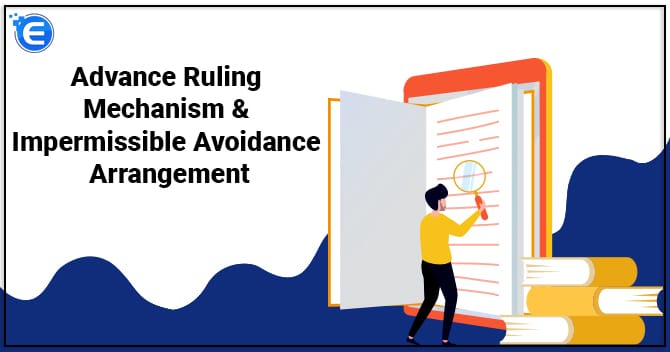 The earlier authority for advance ruling had a Chairman (who was a judge of Supreme Court/Chief Justice of the High Court or was a judge of a High Court), a vice chairman (who was a judge of the High Court), a revenue member and a law member from the Indian legal service. The advance ruling authority had representation from all sides and was balanced in its composition, but there was no way to file an appeal to the high court against the AAR decision. However, option of writ remedy was available.

Board for Advance Ruling

The board for advance ruling was constituted under the Income Tax Law with effect from 1st April 2021. The board has 2 members, not below the rank of Chief Commissioner and provides advance rulings on Income Tax Laws[1], Customs, Central Excise and the former Service Tax laws.

The applicant or the assessing officer may make an appeal to the High Court on directions of the Principal Commissioner or Commissioner against any ruling pronounced by the Board for Advance Rulings within the prescribed time period. The advance ruling shall be binding on the applicant and tax authorities in respect of the applicant and the given transaction. Unlike the former regime, a statutory appeal lies before the High Court against a decision passed by the board for advance rulings. It remains to be seen if this will reduce litigation or would increase it in reference to the advance ruling applications.

What is impermissible avoidance arrangement?

A resident or a non-resident should have a proposed arrangement to be seen through the advance ruling to know if or not the arrangement is an impermissible avoidance arrangement.

It is worthy to note here that a transaction/issue designed prima facie for avoidance of the income tax can be rejected from the ambit of advance ruling. The board for advance ruling can reject an application if it is of the opinion that it is for the avoidance of the income tax, even if the application pertains to determining impermissible avoidance arrangement. This may be a gap in the law.

Read our article:Analysis of Incriminating Material (IM) and Search Assessment

The Income Tax Act of 1961 allows certain deductions to taxpayers. These deductions are allowed...

In a recent announcement, the Finance Minister of India, Nirmala Sitharaman[1] slashed corporat...