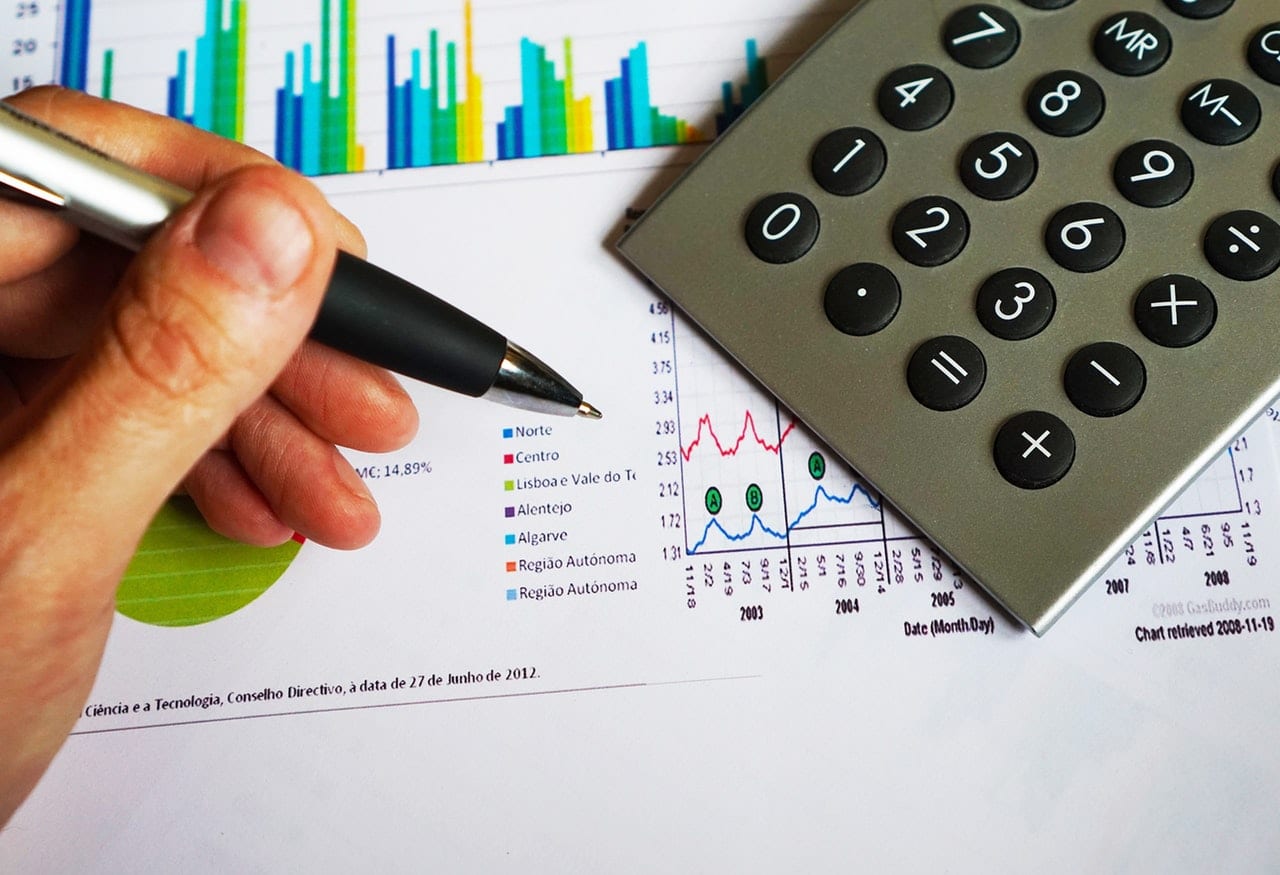 Post and pre-amalgamation need to understand the points mentioned in AS-14.

What is AS-14 for Amalgamations of companies in India?

Accounting Standard-14 ‘Accounting for Amalgamations’ lays down accounting & disclosure Requirements with regard to amalgamations of companies & the treatment of any resultant goodwill or reserves.

Exception of above applicability

This standard doesn’t deal with the cases of acquisitions which arise when there is purchase by 1 company (acquiring company) of a whole or part of shares, or whole or part of the assets, of another company (acquired company) in consideration for payment in cash or by the issue of shares or other securities in acquiring company or partly in one form & partly in other. The distinguishing feature of an acquisition is that the acquired company isn’t dissolved & its separate entity continues to exist.

An amalgamation should be considered in the nature of merger when all following conditions are satisfied:

An amalgamation should be considered n the nature of the purchase when any 1 or more of the conditions specified above isn’t satisfied. These amalgamations are in effect a mode by which 1 company acquires another company & hence, the equity shareholders of combining entities don’t continue to have a proportionate share in the equity of the combined entity or the business of an acquired company isn’t intended to be continued after amalgamation.

Methods of Accounting for Amalgamation

There are 2 main methods of accounting for amalgamations:

The pooling of interests method:

Since merger is the combination of 2 or more separate business, there isn’t any reason to restate carrying amounts of assets & liabilities. Accordingly, only minimal changes are made in aggregating individual financial statements of the amalgamating companies.

In preparing transferee company’s financial statements, the assets, liabilities & reserves (whether capital or revenue or arising on revaluation) of transferor company should be recorded at their existing carrying amounts & in the same form as at the date of amalgamation. The balance of the Profit & Loss Account of Transferor Company should be aggregated with a corresponding balance of the transferee company or transferred to General Reserve if any.

In preparing the transferee company’s financial statements, the assets & liabilities of Transferor Company should be incorporated at their existing carrying amounts or, alternatively, the consideration should be allocated to individual identifiable assets & liabilities on the basis of their fair values at the date of amalgamation. The reserves (whether capital or revenue or arising on revaluation) of a transferor company, other than the statutory reserves, shouldn’t be included in financial statements of the transferee company except as in the case of a statutory reserve.

Any excess amount of the consideration over the value of net assets of the transferor company acquired by Transferee Company should be recognized in the transferee company’s financial statements as goodwill arising on account of amalgamation. If the amount of consideration is lower than the value of net assets acquired, the difference should be treated as Capital Reserve.

The goodwill arising on account of amalgamation should be amortized to income on the systematic basis of its useful life. The amortization period should not go above5 years unless a somewhat longer period can be justified.

Below 2 methods are generally used for computation:

Total of the assets taken over & this should be the fair values minus liabilities that are taken over at agreed amounts. 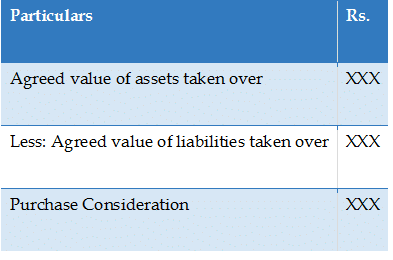 Example: A. Ltd takes over B. Ltd & for that it agreed to pay Rs 5,00,000 in cash. 4 Lakh equity shares of Rs 10 each fully paid up at an agreed value of Rs 15 per share. The Purchase Consideration will be calculated as follows: 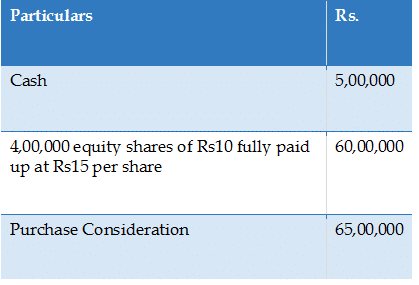 A strategy of action designed to accomplish a continuing or general aim. ‘Time to develop a c...

Foreign Direct Investment (FDI) is an investment whereby a firm or individual of one country ma...