Overview of AS-14: Accounting for Amalgamation 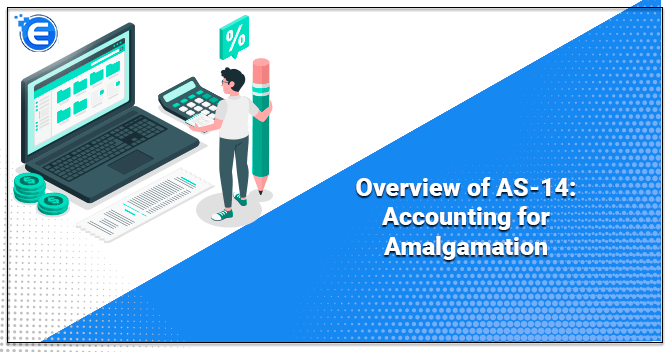 Methods of Accounting for Amalgamation

As mentioned in AS-14 there are two types of Accounting for Amalgamation:

In this method balance sheet of both companies were added together during acquisition or merger based on the book value.

In this method accounting of merger and acquisition in which one firm has purchased the asset of the other firm.

Difference between Pooling of Interest Method and Purchase Method

Treatment of Goodwill Arising on Amalgamation

Goodwill arising on Amalgamation represents a future income and it is considered as an asset of the Company. Due to the nature of goodwill, it becomes difficult to estimate its useful life. It is considered to amortized goodwill over a period not exceeding five years.

Factors to be considered in estimating the useful life of goodwill arising on amalgamation include:

Treatment of Reserve described in a scheme of Amalgamation

The Scheme of amalgamation sanctioned under the law prescribes the treatment to be given to the reserves in the transferor company and accordingly as mentioned in the scheme it should be followed. If the Scheme of amalgamation has been sanctioned under the law and treatment of reserves given to the transferor company is different compared to the requirement of this standard that would be considered that the no treatment has been prescribed by the scheme, the following disclosure is required in the first financial statement following the amalgamation:

As mentioned in AS-14 the acquirer shall disclose the following in the Financial Statement:

This Standard helps the Companies to keep the uniformity in Accounting for amalgamation[1] and accordingly, the Companies need to give the treatment and if there is any deviation in the treatment needs to be disclosed in the financial statement so that stakeholders can get the transparency.

Implementation of IFRS 6 for Explor...

IFRS 6 is devoted to assets derived from the exploration and utilization of natural mineral&nbs...

GAAR accounting and its Scope to co...

The provisions for General Anti-Avoidance Rules ('GAAR') were added to the Income Tax Act of 19...

Are you looking for Finance and Accounting Outsourcing services? These services have been growi...