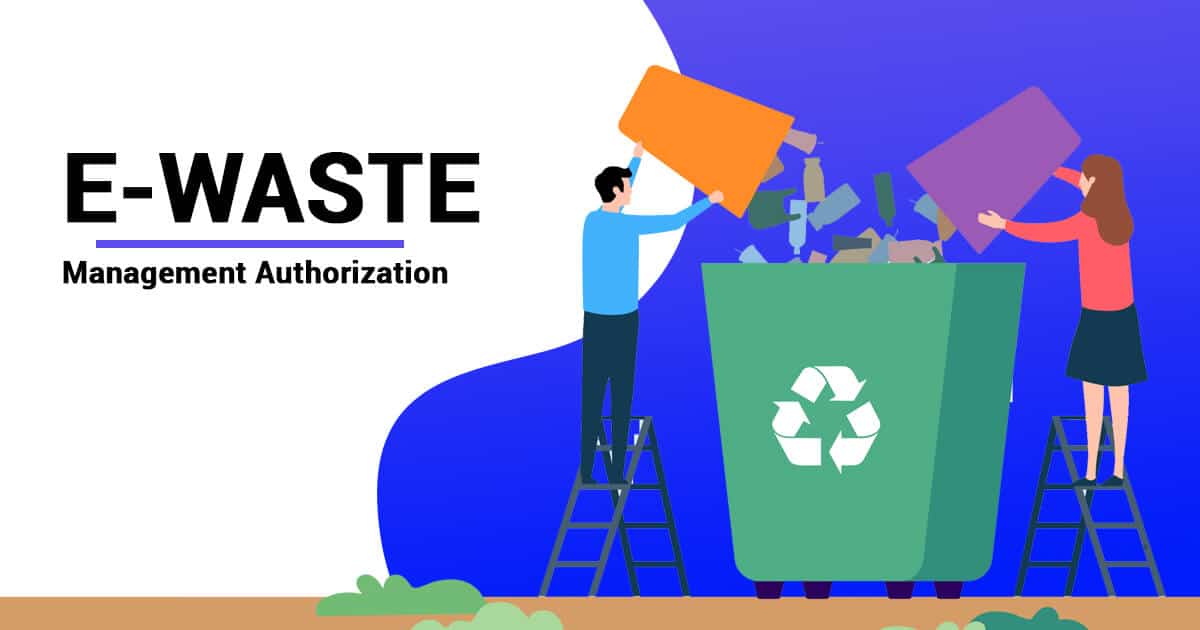 Electronics and electrical waste items are generally referred to as E-wastes. It is also known as E-scrap. These are trash which can generate from surplus, broken and outdated electric objects. The process of E-Waste Management or electronics recycling is improving material from old devices to use in new products. The main feature of the rule in the provision of Extended Producer Responsibility (EPR) which makes producers of electrical and electronic equipment responsible for ensuring environment-friendly recycling and disposal of their end-of-life products.

It is expected that by 2050, India will likely stare at a pile of a new category of electronic waste, namely solar e-waste. In India, no laws have been made with respect to their proper disposal and treatment.

What are called E-Waste?

What are the challenges with E-Waste?

What are the major reasons for rising E-waste?

How does improper treatment impact our environment?

As per the reports of Associated Chambers of Commerce and Industry of India (ASSOCHAM) and Nippon Electric Company (NEC), it says that only 5 percent of India’s E-waste gets recycled which is much less than the global recycling rate of 20 percent. The National Green Tribunal has directed a ban on single-use PVC and short-life PVC products but not on wires and cables

What are the preventive measures required to be taken?

The E-Waste Rules have been amended in the year 2018 with the objective of directing the E-waste the country towards authorized dismantlers and recyclers in order to validate the e-waste recycling sector. For new producers, E-waste collection targets have been made.

What are the benefits of E-waste recycling?

What is the electronics recycling process?

Electronics recycling is a challenging process. It is done by discarded electronics devices which are sophisticated devices manufactured from varying proportions of glass, metals, and plastics. The recycling process can vary, depending upon materials being recycled and the technologies employed.

Collection and transportation are two of the initial stages of the recycling process. Recyclers place collection bins or electronics take-back booths in specific locations. Then transport the collected e-waste from these sites to recycling plants and facilities.

After collection and transportation to recycling facilities, materials in the e-waste are processed and separated into clean commodities. It can be used to make new products. Well-organized separation of materials is the foundation of electronics recycling. Initial destroying of e-waste stream facilitates sorting and separation of plastics from metals and internal circuitry. So, e-waste items are shredded into pieces as small as 100mm to prepare for further sorting.

Iron and steel can be separated by a powerful overhead magnet from the waste stream on the conveyor. Then the separated steel materials are prepared for sale as recycled steel. By mechanical processing aluminum, copper and circuit boards are separated from the material stream. Then, water separation technology is used to separate glass from plastics. The separated streams of aluminum, copper and circuit boards are collected and prepared for sale as recycled product materials. The final step in the separation process locates and extracts any remaining metal remnants from the plastics to extra purify the stream.

·      Preparation for Sale as Recycled Materials

The separated materials are prepared for sale as functional raw materials for the production of new electronics or other products.

The E-waste recycling industry has a significant number of challenges. Some of them are:

Many electronic waste laws have been passed. Currently, 25 U.S. states have laws mandating statewide e-waste recycling. Many states are working toward passing new legislation and improving the existing policy. Presently, 65 percent of the U.S. population is covered by state e-waste recycling laws. In some states including California, Connecticut, Illinois, and Indiana, e-waste is banned from landfills.

Every year millions of electronic devices such as mobile phones, TVs, computers, laptops, and tablets reach the end of their useful life.

Majority of these electronic products are dumped in the landfills and a small portion of the waste is recycled into new electronic devices. As per the UN study, in 2014 alone, 41.8 million tons of electronic waste (e-waste) was discarded worldwide, Electronics have various important elements and compounds like copper, iron, tin, titanium, aluminum, gold, and silver. Some of these materials can be recycled, recovered and reused. Many materials used for making those electronic devices can be recovered, reused and recycled. As per the press release by Apple in 2015, it has been said that they have recovered 2,204 pounds of gold from the recycled iPhones, Macbooks.

A Concise Outlook on Provisions of...

What is ITAR Certification