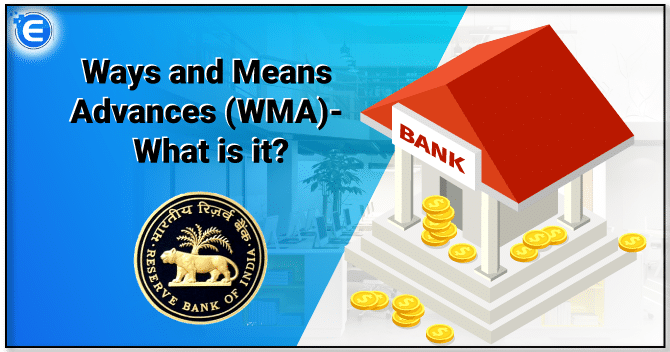 Recently, the Reserve Bank of India has decided to allow 60% higher borrowing as compared to 30th March 2020, under the Ways and means advances for states like Kerala, Punjab, and Haryana. The main aim to increase the limit is to counter the losses faced by the states due to the Covid 19 pandemic. These borrowings act as temporary relief and will only have a marginal impact on the fiscal crisis that is faced by the state.

Significance of this move

This move by RBI facilitates the situation where state expenditure to battle the spread of coronavirus. The availability of these funds will help the state government to deal with their short term expenditure over and above its long term market borrowing.

What are Ways and Advances?

In simple terms, it means a credit facility provided by the Reserve bank of India to the governments to enable it to meet momentary mismatches between expenditure and revenue. The government who borrowed the money has to make an interest repayment to the Reserve Bank of India[1].

The rate of interest will remain the same as the repo rate; however, the tenure will be of 3 months. Furthermore, the limits for the WMA are collectively decided by the reserve bank and the Indian government.

As per the section 17(5) of RBI Act, they are not the source of finance, the authorities of the reserve bank lends money to the union government and the state government subject to being there repayable “not more than the 3 months from the date of making advance”.

Background of the ways and advance

The ways and advance scheme of the union government were first introduced on 1st April 1997, after putting an end to the 40 years old system of the treasury bills to finance the central government losses.

Types of Ways and Means Advance

There are two types of WMA:-

The Special ways and means advance it is also known as a special drawing facility is provided against the collateral of the securities of the government held by the states. After the state has worn out the limit of SDF, it gets Normal Ways and means advance. The interest rate for SDF is one percentage point less than the repo rate.

The number of loans under normal Ways and advances is based on a 3 year average of tangible revenue and capital expenditure of the state.

Key Features of ways and advances

Some of the key features of the WMA are:

The state and centre have different limits and overdraft conditions:

The Central bank, on the 7th of April, also increased the period for which a state can be in overdraft from 14 to 21 uninterrupted working days, and from 36 to 50 functioning days during a quarter.

It is clear from the above discussion that the need of increasing limit of the ways and means advances was required to facilitate the governments to help them to cope up with their losses and fulfill their expenditure in respect to undertake coronavirus mitigation and containment efforts and also to better plan out their market borrowings. The availability of these funds will help the state government to deal with their short term expenditure over and above its long term market borrowing. At last, it is just a temporary loan facility provided by the RBI to the state and they pay back to the RBI with interests.

Read our article:Business Impact of Coronavirus on Indian and Global Economy

A Comprehensive Synopsis of New TCS...

Legal Background of Buyback of Shar...

The term Buyback of Shares means the purchase of own shares by the Company. Buy Back of shares...

Clarification issued by CBDT on the...

The dividend distribution tax has been proposed to be removed, and it will no longer be charged...