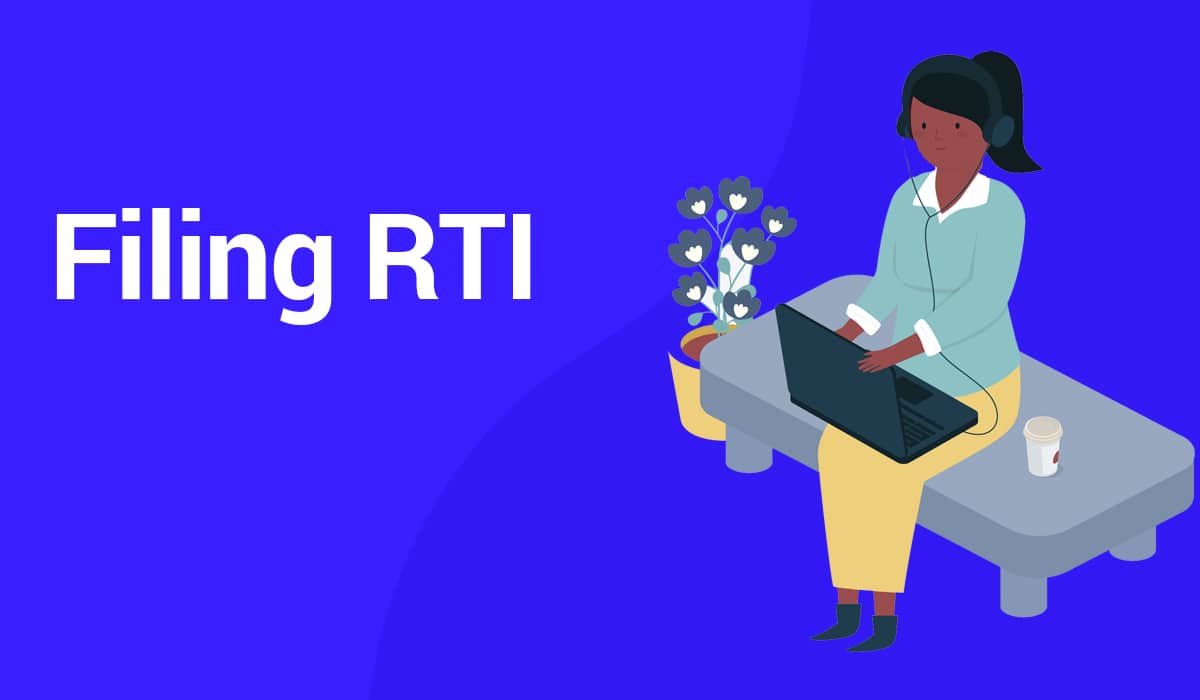 The Right to Information Act, 2005, is often termed as one of the most ground-breaking legislation passed in Independent India. It has come out to be very powerful legislation in the hands of citizens of India. The main objective of this Right to information (RTI) was to provide the Indian citizens with the facility of securing information which is under the control of public authorities. The purpose of giving this right to the citizens was the promotion of transparency and responsibility in the workings of all the public authorities. In this we will discuss Background and Typical Obstacles Faced in Filing RTI.

How to Make a Request for Obtaining Information under RTI Act?

Section 6 of the RTI Act states the detailed procedure that has to be undertaken by the applicant in order to get the desired information of a public authority. The procedure for making this request is as follows:

In case the applicant is unable to make the request in writing, the concerned officer shall provide relevant assistance to the applicant, who has provided the information orally to reduce the same in writing.

The following obstacles are faced by the people when filing an RTI application:

The Supreme Court has pointed out in numerous RTI (Right to information) cases that the adjudicators tend to give unreasoned and ambiguous orders. A lot many times, the information that is given out does not contain the critical facts or the actual information that is required. It has also been noticed that sometimes even the public authorities are unaware as to which information has to be given out. This is so because there are no set standards or rationale, with which the decisions of CIC or the information being given out can be compared.

The right to information of people is violated if the decisions of IC are only recorded and are not backed up with proper reasons and details. This also disrupts the fundamental principle of transparency. Due to deficient orders, the answerability and the public scrutiny of the information commission and commissioners are prevented.

An increasing number of pending cases

The information commissions have a backlog of a large number of cases. The amount of pending cases is so large that it could even take years for cases to be heard. This a big problem since some of the cases need immediate hearing like cases involving minimum wages, old age pensions, medical facilities, etc. The whole concept of getting the information via RTI would go meaningless if the delay in hearing of cases continues as the grievances of the applicants would not be redressed.

As per a study on 16 information commission, as on December 31, 2015, the total number of pending caseswas 187,974. This clearly shows the plight of the cases lying with information commissions. Therefore, the whole system of RTI needs to get stricter and more effective by setting out the number of cases an information officer should attend to every month mandatorily. This way even the public would know when to expect the hearing of their case.

The other major problem that violates the right of transparency of the people is the tendency of the PIOs to exclude information stating that it is exempt from being disclosed, even when such exemption has not been given under the Act. The information to which people have a legal right is straight away denied to them, by the authorities.

Penalty not imposed on defaulting PIOs

A penalty of INR 25,000 can be imposed on an erring PIO. However, the same is either not imposed or very rarely imposed as compared to the total number of cases where the penalty was imposable. The essence of including a penalty in the Act thus gets violated as the same was included so that the cases do not get delayed and transparency pertaining to required information is upheld. However, all these provisions are being violated continuously.

What do the Authorities say?

The grievances under the act are not just limited to the people. The authorities also have their side of the story where they explain their position. The authorities state that there is not enough staff to deal with the rising number of RTI cases. Besides, people are mostly unaware of the procedures to be taken under the act. The enter multiple queries in one form whereas only one query can be taken perform. Also, there are too many personal queries that are asked by the departments.

With such conditions of cases related to the RTI Act, it becomes questionable as to whether the Act is serving its purpose. People have to wait for years to get their case heard and on top of it, they are denied information to which they have right – partly or wholly. The question, therefore, arises – where is the system lacking? Is it the legislation or the authorities? The facts clearly state that the authorities need to come in form and more stringency in their working needs to be applied. The websites of the information commissions need to be updated and transparency should be upheld in the cases that they take. The people also need to stay updated with the various procedures under the Act.

For more information on applications under the RTI Act, the format of the application, the office where the request is to be made, contact us at https://enterslice.com.

What is Aadhaar and Other Laws (Ame...

Indian Government recently brought some changes in the Aadhar Bill for the benefit of Indian Ci...

Introduction In order to prevent corruption in Government departments and to prosecute and puni...

Do you have ever heard about Defamation laws? Of course, people who wish to maintain a reputati...