Types of MFN Clauses and their considerations 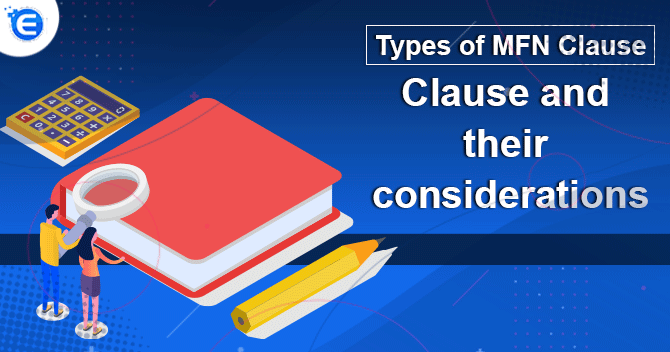 The Most Favoured Nation (MFN) concept is the core of non-discriminatory trade policy in international economic relations. The essential premise of MFN clauses is that if a government provides preferential treatment to another country on a certain issue under a given agreement, it must treat all other parties to the agreement equally on that subject. Similarly, the MFN provision in tax treaties seeks to promote non-discrimination and parity in business and investment opportunities across treaty partner nations.

Section 90(1) of the Income-tax Act of 1961 (the Act) authorizes the Central Government to enter into a contract with the Government of any nation other than India or a designated territory for the purposes like granting of exemption from double taxation, avoiding double taxes, exchange of information, and income tax recovery. And therefore, India has participated in the Double Taxation Avoidance Agreements (i.e., DTAA) with a number of nations in order to achieve the aforementioned goals.

These DTAAs are normally based on two models, i.e., the Organisation for Economic Co-operation and Development Model (OECD Model) and the United Nations Model (UN Model). The OECD Models are widely used by developed countries, with a focus on residency-based taxes. The UN Model puts emphasis on source-based taxes, which are widely used by developing countries. The majority of India’s DTAAs are based on the UN Model.

There is sometimes a need to adjust such DTAAs throughout the period of time. This is done by signing a protocol or treaty between the two nations having a DTAA. India has signed treaties with many nations in order to alter such DTAAs. In general, the goal of signing such treaties is to minimize the scope of non-taxation or the scope of decreased taxation through tax evasion. In many legal cases in India, the legitimacy of the treaties has been upheld. The Courts believe that a treaty is an essential component of DTAA and will have the same impact as the articles contained in DTAA.

The Most Favoured Nation Clause (called the MFN Clause) is seen in many of the treaties signed by India. By virtue of the MFN provision, one state ties itself to another state in respect of any future advantageous treatment granted by it to a third state.

This form of the MFN Clause will take effect automatically and does not require a separate notification by the governments of both nations. For example, the MFN provision indicated in the treaty of India-Belgium DTAA is self-operational. Similarly, the MFN clauses in the protocols of the India-UK DTAA, India & Sweden DTAA, India-Switzerland DTAA, India-Netherlands DTAA, India-Hungary DTAA, India & France DTAA, and India & Spain DTAA contain similar wordings and may thus be classified as self-operational.

This sort of MFN provision requires one of the two governments to give a notification for a decrease in tax rate or a reduction in scope. If one of the governments with a DTAA decreases the tax rate with a third nation after signing the DTAA with the first nation, the government that lowers the rate must notify its counterpart through diplomatic channels. Following that, both governments will undertake to evaluate these articles and grant such lower rates to earnings of the same sort acquired under comparable circumstances by the firms in both countries. A notable example of such an MFN provision is between India and the Philippines.

Things to be considered in the application of MFN Clauses

A non-resident taxpayer can use the MFN clause to calculate his or her tax burden. In light of numerous legal decisions, it can also be used when withholding taxes by the resident payer. An assessee should consider the following points while applying the MFN clause:

When using the MFN clause, a taxpayer must first determine the type of MFN provision. If the MFN provision is not self-operative, the taxpayer may not utilize it until the Government has specifically notified it. On the other hand, there is no requirement for an additional notification in the event of a self-operative MFN clause.

For example, in the context of the MFN clause under the treaty of the India & France DTAA, which includes a self-operational MFN clause, many courts have permitted the benefit without needing any further notice by the government.

As previously noted, the MFN clause applies when state B, after entering into a DTAA with state A, enters into a DTAA with state C, which contains a more advantageous clause in relation to the specified kind of income, for example, royalty or fees for technical services. As a result, the date of DTAA between states ‘A’ and ‘B’, as well as between states ‘B’ and ‘C’, will be critical to verify.

In general, the MFN clause stipulates that the third state (State C), with which State B has entered into a DTAA with more advantageous provisions, should be an OCED member. As a result, it is critical to determine if the third country is an OECD member. There are now 38 nations that are members of the OECD[1].

The MFN clause can be used when calculating a person’s tax liability as well as when withholding tax. However, given the penalties associated with under-withholding or non-withholding of taxes, as well as failing to report adequate income, it would be prudent to analyze all aspects of the applicable DTAA and its MFN provision.

Read our article:Essential clauses in the Terms and Conditions Agreement

Essentials of a Sale Deed Format in...

Sale Deed denotes the performance of a legal document required for validating a transaction of...

Everything You Need to Know About G...

Overview The transfer of a property to someone can take place either for a consideration or wit...

There is no compulsion of possessing a terms and conditions agreement, but there are many reaso...