All you need to know about Special Purpose Acquisition Company (SPAC) 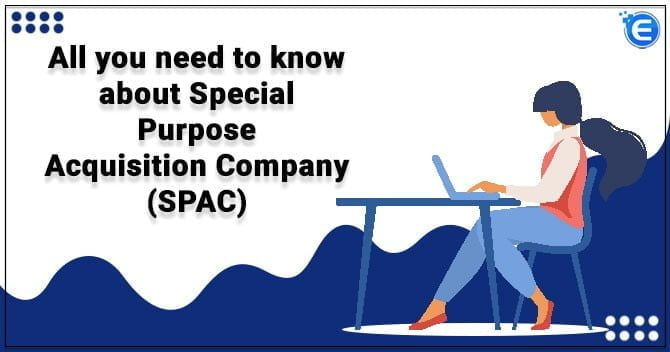 Capital markets have been abuzz with the term Special Purpose Acquisition Company (SPAC) these days, but only a few are fully aware about it. It has arisen as a potential alternative to collect public funds from offshore markets. They are tailored to start-ups who usually find it tough to excite Indian retail investors. In this article, we shall try to understand about SPAC in detail.

What is a Special Purpose Acquisition Company (SPAC)?

A Special Purpose Acquisition Company is a shell company that is formed to raise capital through an initial public offer with the purpose of using funds to acquire another company. It is managed by an established management team or by a sponsor.

The main objective of SPAC is to collect money through the Initial Public offering to buy a private company later and then make it public without following the conventional IPO path.

These corporations own and control few but the funds that they collect, and when they have an IPO, they don’t have to recognize the ultimate acquisition goal. Therefore SPACs are often called as the Blank Cheque Firms.

Some of the key features of SPAC are as follows:

SPAC as an alternative to traditional IPOs

Traditional IPOs seem to be expensive and are far more time-consuming in terms of registrations, disclosures, and processes. SPACs involve lesser parties and lesser negotiations as well and are expected to offer fast and flexible route for the venture capital funds and private equity majors to take its private companies public.

Therefore SPACs are cheap and are open to market of mainstream retail buyers. Most of the times, they select the newest, unique, futurist companies in technology and market space as acquisition targets. They are perceived to be popular with smart and new age investors.

As far as the working of SPACs is concerned, a few business experts or experienced businessman come together to form shell corporation and go to the market with an Initial Public Offering to raise capital for future purchases. Considering the fact that the only information available to the investor at the time of the transaction is the founding partner’s track record, the decision of investing shows a lot of confidence in the founders.

When the IPO is released, the SPACs executive committee employs an investment bank in order to handle the IPO. The investment bank and the corporation’s management committee settle on a fee that has to be paid for the operation.

The SPAC prospectus primarily relies on advertisers, and less on business records and sales as the SPAC doesn’t have a history of success or income.

The management of the SPAC is provided with 24 months to find and complete the merger with the goal as aimed in the plans. In case the SPAC fails to find the goal to finish the merger within the timeframe, it would commence the liquidation process, and the money held with the trust shall be refunded along with the interest.

What are the benefits of rising SPAC companies?

The benefits are as follows:

While going public in domestic market, the timeline can range between 4 months to a year. SPACs are said to put a limit to these timelines. Moreover, in conventional IPOs and mergers, there are specific covenants in the contract. This form of arrangement is not yet seen in SPACs, thereby allowing freedom.

This is one of the essential factors for early age start-ups as documentation brings up additional cost, but this cost is minimized in SPAC companies.

The business valuation of the business to be acquired is decided and negotiated with the sponsor or main investor and not with financing institution, thereby ensuring certainty in pricing.

Other side of SPACs

We have discussed the benefits, now let’s discuss the other side, i.e., detrimental side of rising SPAC companies.

Major shareholders of this type of transaction are walking in a blind investment set up as the risk is only minimized and not nil. The sponsor who started the SPAC may realise that they are unable to deliver and the funds, which could have been used elsewhere, would stay put for two years.

The present regulatory framework of India doesn’t support the Special Purpose Acquisition Company structure. For example, the Companies Act 2013[1] authorizes the ROC to strike off name of the companies that don’t begin operation within 1 year of incorporation. If SPACs are made functional in India, enabling provisions will have to be inserted in the Companies Act as SPACs take 2 years to identify a target and perform due diligence.

Read our article:All you need to know about Venture Capital Financing

The Securities & Exchange Board of India proposed to tighten the rules governing IPOs with...

Investment in IPOs through Mutual F...

Things to Know Before Subscribing t...

This article envisages about the things to know before subscribing to IRFC IPO. The word IRFC I...