Section 115H and its Impact on Income of NRI’s 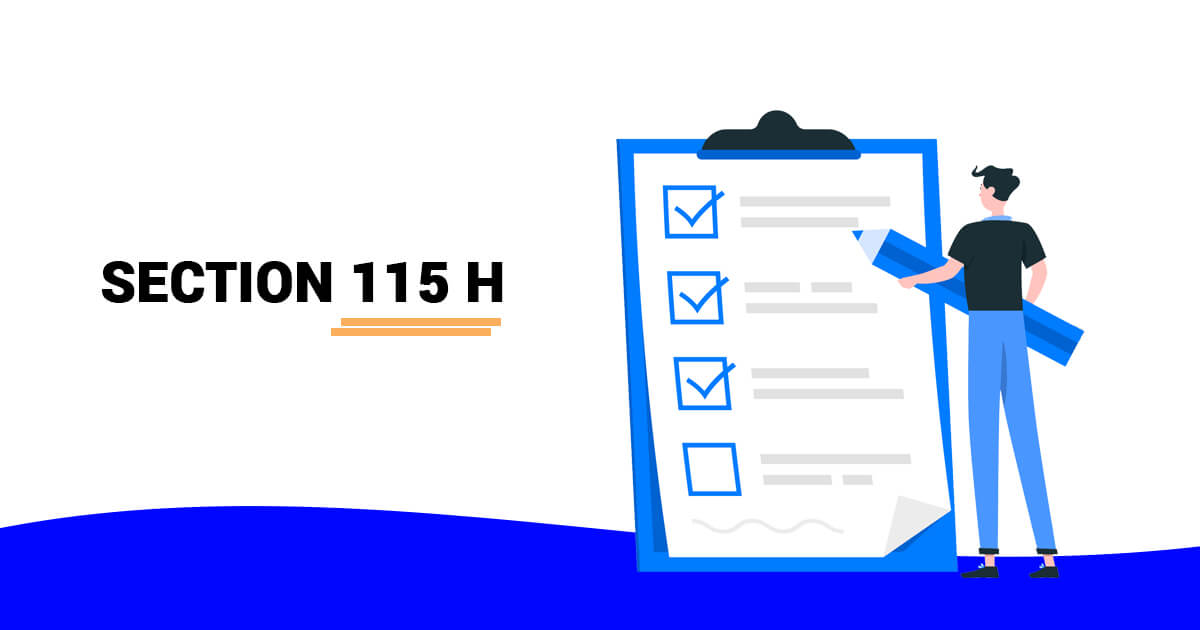 The tax regime of every country is an integral component of its economy since it is one of the primary sources of government funding. In India, the Income Tax Act, 1961 was enacted for levying a tax on services & products or income of the Indian residents. The Indian taxation system levies tax on an assessee income based on several criteria. One such criterion is the “residential status” of the assessee. an analysis on section 115h of the income tax act, covering benefit under section 115h resident.

Residential Status of an individual refers to the time period for which he/she has stayed in the Indian territory in the financial year for which taxable income is being computed.

In modern times, the prospects of jobs have increased manifold, and people are no more confined to their domestic country when it comes to earning income. Therefore, the question arises on how to charge those residents who are not permanently residing in India. Under the Income Tax Act, provisions have been included for the imposition of tax on the income of such Non-Resident Indians (NRIs)[1].

An individual is considered to be a resident of India if he satisfies one of the following two conditions:

An individual is said to be Resident Not Ordinarily Resident (RNOR) if he meets both the following conditions:

If an individual doesn’t satisfy any of the above conditions of the resident of India or Resident Non-Ordinarily resident is said to be Non-Resident Indian (NRI).

An Indian crew member who sails in foreign ships for 182 days or more has the residential status of an NRI irrespective of the coastal boundaries of ships, i.e., whether they are in Indian boundaries or not.

Read Also: Are you an NRI? Know the Tax Rules.

what is Section 115H

As per Section 115H, an individual with Non-residential Status (NRI) gets a certain amount of concession on the tax rates applicable on Interest earned from their deposit or any Interest Income. Concessional tax rates apply even if the deposits are transferred from one bank account to another without changing its identity of convertible foreign exchange. Benefits can be availed by the NRI assessee in certain cases, even he becomes an Indian resident.

This section applies to the assessee who was NRI in the previous year and becomes an Indian resident in the current Financial Year. An assessee has to file a declaration to the Assessing Officer along with his Income Tax Return for the current financial year so that provisions of this chapter apply to him till his investments are transferred into money value.

NRIs get a concession on their tax at the rate of 20% on Investment Income and a 10% concession on tax for long term capital gains from specified assets.

Non-residents Indians have to pay tax if they fall under the jurisdiction of Income Tax Act, 1961, and they can claim certain benefits even after they are assessable as Indian residents under section 115H.

Taxable Income for NRIs as per Income Tax Act, 1961

For instance, Salary credited in NRE account with Indian Banks of seafarer giving service in Europe for more than 182 days will not be considered as taxable income in India.

Key-points for Taxation of NRIs

Taxation rules are different for NRIs as compared to the rules that apply to Indian Residents. Following are the major points for understanding the taxation of NRIs in India:

Following incomes are exempted for NRIs:

Read Also: What is Listing of Securities in Stock Exchange?.

The new Financial Year begins on 1st of April every year and ends on 31st March of the followin...