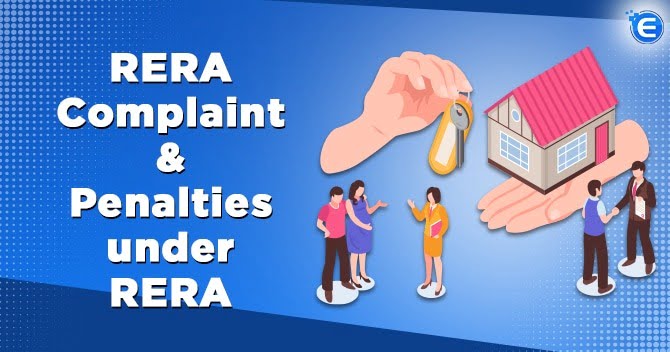 According to RERA Act, RERA complaint may be filed either with the RERA or with the adjudicating officer. The complaint can be against promoters, alottees and or real estate agents. It is noteworthy to mention here that now RERA registration has been made mandatory for all.

Some of the important points to be known about RERA Complaint

RERA Complaint: What is the Process for Filing the Complaint under RERA?

There are multiple offences for which penal provisions are provided by the RERA Act, 2016. Some of the penalties under RERA are discussed below.

With the penalties prescribed under RERA, buyers may be more relieved in terms of accountability and responsibility from developers and agents. RERA complaint provisions have been a vital grievance redressal mechanism for the persons who have been affected badly by any action or inaction.

Overview In the past, we have seen or heard reports regarding the inefficiency in the work proc...

RERA was introduced in the year 2016. RERA was implemented with a view to bring transparency an...