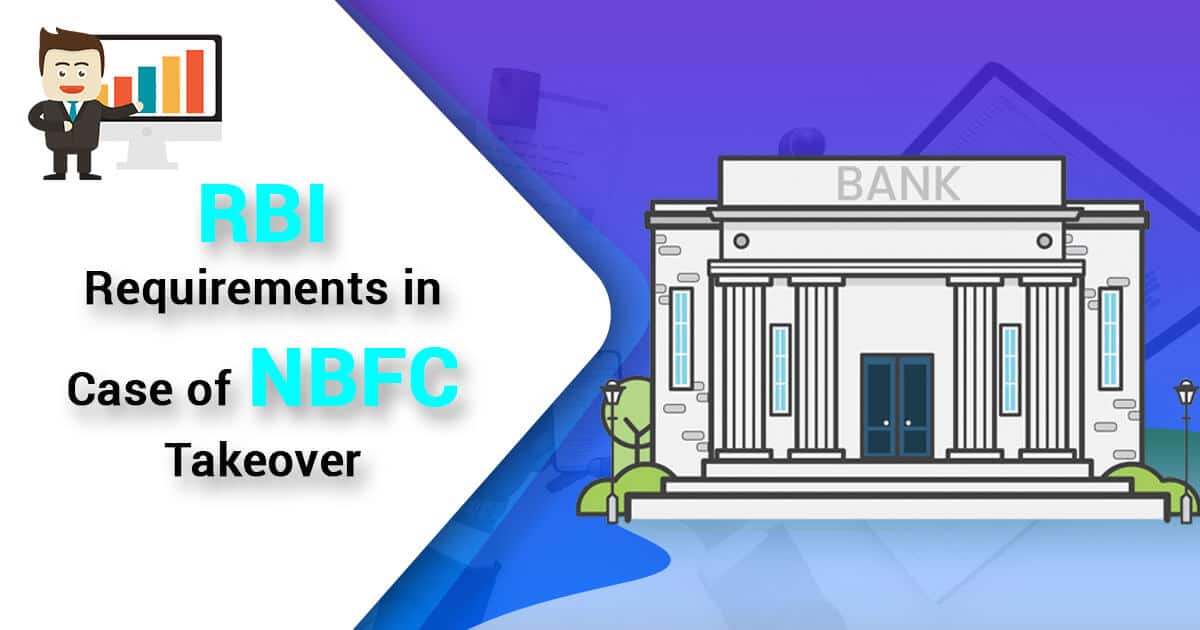 NBFC takeover is one of the ways, how anyone starts a business in the NBFC sector. The other way is to incorporate a new Non-Banking Financial Company. The takeover means acquiring the control of the management of one NBFC by another business entity. In this blog, we are going to learn about NBFC takeover, RBI Regulations related to NBFC Takeover and the cases in which NBFCs need prior approval from RBI.

What is an NBFC Takeover?

There are specific activities related to NBFCs which cannot be carried out without taking prior permission from the Reserve Bank of India. However, minor changes in the NBFC may not need approval from the RBI, but it is compulsory to take RBI’s consent in case of any significant changes in the company.

NBFC takeover is one of the most popular forms of the business strategy of NBFCs. It means acquiring or gaining control over the management of an already established NBFC. Usually, NBFC takeover is of two types, which are either Friendly or Hostile.

RBI regulates the functioning of the NBFC sector. The regulatory body has specified certain rules

The Procedure of NBFC Takeover

The following are the procedure of taking over an NBFC:

NBFCs need to submit an application along with the following documents to obtain prior approval of the Bank in the company’s letterhead;

In case, of NBFC registration, you file a fresh application and have a completely new team of management. While in case of an NBFC takeover, there may be a conflict when you try to retain the members of the target company. When you file an application of NBFC registration, you have the knowledge of all liabilities and its rules & regulations. While when you are planning to acquire the target company, there is a risk of not being aware of the hidden liabilities, which causes a problem in the process.

The management of the NBFC must notify and take prior permission from the RBI to make any significant changes in the NBFC.  However, small changes made in the company are not subject to receive any approvals from the RBI.