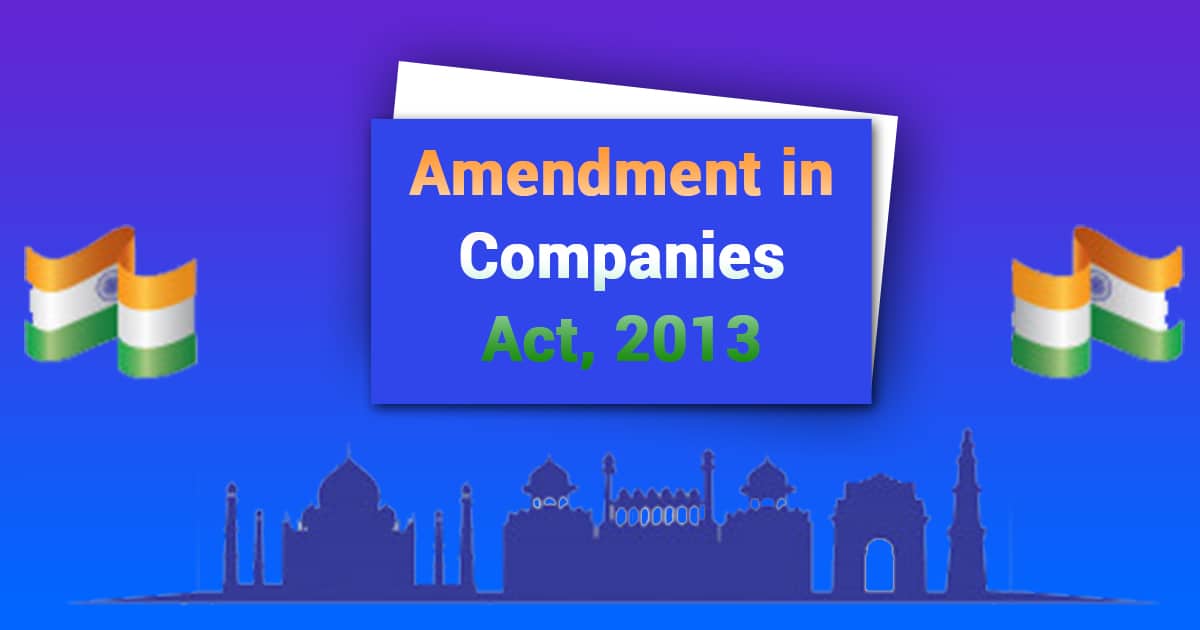 The Loksabha passed the Companies Act 2013 Amendment Bill 2019. The Bill was introduced by the Finance Minister of India, Mrs Nirmala Sitharaman as on Friday.

The Bill was introduced with a spirit to improve the ease of doing business in India.

The major highlights of the Bill are as follows;

“This will ensure better governance and is company-friendly,’’

“The government has so far de-registered four lakh shell companies. Also, companies not spending the mandatory 2% profit on CSR activities for a total period of four years will be required to deposit the amount in a special account,”

“India has become the first country to make CSR spending mandatory through a law. The companies will have one year to firm up the CSR proposal and another three years to spend funds. In case money remains unspent for one plus three years, it will have to be moved to an escrow account,’’ said the Minister.

The Main Amendments that took place are as follows;

AS per the provisions of the Companies Act 2013, the public companies can issue shares only in electronic form. The Bill proposed that the same should be followed for other classes of companies.

The amendment brought an important change in the CSR laws in India. As per the provisions of the Companies Act 2013, the companies were liable for disclosure of reasons if they do not spend their CSR funds.

However, as per the new amendment, any unspent annual CSR funds must be transferred to any of the funds mentioned in schedule 7 of the given Act. The transfer must occur within six months of the end of the financial year.

The new amendment introduced strict action against auditors who are caught in the Act of misconduct. As per the amendment, the Financial Reporting authority can debar a professional or a firm to practice as a chartered accountant. The debarring period starts for six months and can extend up to 10 years.

As per the customary provisions of the Companies Act 2013, companies must register their charges created on their property within 30 days of the creation of charge. The deadline for this compliance is 300 days. However, as per the amendment, the deadline has been reduced to 60 days.

Change in Penalty amount in the compounding of offences

As per the companies act, the regional director can settle offences with a penalty to Rs 5 lakhs. However, The amendment now raised the maximum amount of penalty to Rs 25 lakhs.

The MCA or Ministry of Corporate Affairs received several requests concerning the filing of doc...

The Companies Amendment Bill, 2017 was introduced in Lok Sabha on March 2016 and the...

The Ministry of Corporate Affairs or MCA issued the Companies (Auditor's Report) Order or CARO...