Is a Resident Director required for a company in Hong Kong? 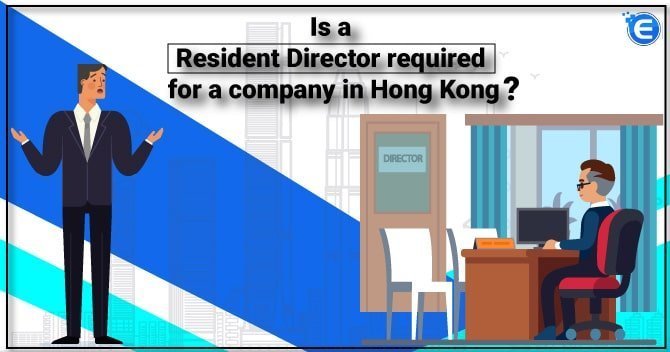 All companies require having minimum amount of directors. This would be in compliance with the requirements of the respective local laws.

Hong Kong is one of the largest financial centres in the world. Hence, this will attract lot of talent from different areas. Many investors will want to set up establishments such as companies and partnership firms.

A company or a limited liability company is a legal entity whose status is separate from the directors and shareholders of the organisation. These companies require having a resident director. A resident director is an individual who fulfills all the requirements relating to resident in Hong Kong.

How do companies carry out transactions under contracts?

Under the commercial sphere, companies are considered artificial legal persons under relevant regulations.  As artificial entities, companies can either purchase properties or enter into contracts. However, negotiation and entering into contracts is not carried out by companies. On behalf of companies, agents would carry out different forms of transactions.

What is the main regulatory authority for Resident Director in Hong Kong?

The primary regulatory authority for Companies Legislation in Hong Kong is the Companies Ordinance (Cap 622). This ordinance regulates the formation of companies and the procedure in which a company operates in Hong Kong.

Apart from this, the appointment of resident director in Hong Kong is also regulated by this ordinance.

Resident Director is an individual who is either a local resident of Hong Kong or an international worker. Compliance has to be met for appointing a resident director in Hong Kong.

The appointment of directors is governed by section 459 (1) of the Companies Ordinance of Hong Kong.

The following criteria have to be followed for appointment of a director in Hong Kong:

If the above requirements are complied with, then the director can act for a company.

How to satisfy the criteria of a resident director in Hong Kong?

In order to satisfy the criteria of a resident director in Hong Kong, the following criteria has to be satisfied:

The following has to be complied with when appointing a director:

A resident director can also form a part of the board of directors and act as per the decisions which are made by the board.

What are the requirements to become a resident director in Hong Kong?

The following are the requirements to meet the eligibility criteria to become a director in Hong Kong:

Satisfy the requirements of the Companies Ordinance (Cap 622) – In order to be eligible to be considered for the position of a resident director, the applicant and the company must fulfill all the requirements which satisfy the eligibility. This would also include fulfilling the requirements as per section 459 of the Companies Ordinance (Cap 622). The director has to be appointed as per the provisions of the ordinance. The director must be a major to be appointed by the company. Apart from this, the director must not have any form of disqualification.

No form of Criminal Convictions– Directors should not be disqualified under any law in force. Any form of disqualification would not allow the individual to act as a director of the company.

Requirement of a particular country– Certain jurisdictions such as Hong Kong, Singapore and Ireland require a company to have either a domestic or foreign individual to be a resident director. To fulfil the above requirements the individual has to be a permanent resident of a particular jurisdiction and have a local address for correspondence. To be competent, the individual has to be a resident of the country.

One Director for Private Limited Company- Directors are required for all forms of entities. This will include a private limited entity and a public limited entity.

Company cannot be a Director- As per the Companies Ordinance of Hong Kong, a company (private limited or public limited) company cannot be appointed as a director. Such provision is present under section 456 of the companies’ ordinance in Hong Kong.

Under this provision, the following are not allowed to be resident director in Hong Kong:

Natural person- Under the companies’ ordinance of Hong Kong, a company has to have at least one director as a natural person. Hence to fulfil the above requirement, a private company should have only a natural person as a director. However a public company can have natural persons. Under no circumstance can a company be allowed to have company as a resident director.

Hence, companies that want to carry out operations have to appoint only legal persons as directors.

Does a Resident Director have any duties?

Duty of Care- The principle of duty of care has been evolved from common law courts in the UK. This term has evolved from the famous case of ‘Donoghue v Stevenson[1]’ which is considered under the law of torts. Under this principle of duty of care, a director has to ensure that care is taken when handling the affairs of the company.  This would include any circumstance or transaction which is taken in the benefit of the company.

No Conflict of Interests- Any resident director must not have any conflicts of interests. Conflict of interest is understood as a clash of two or more important interests of an individual. If there is a clash in interests of an individual resident director, then integrity must be used to analyse which comes as a priority over the other interest. For example, a company has a director, who is also appointed as a partner for a service firm. If the company enters into a contract with the service firm, and if the interests of the director cross each other then such is known as a conflict of interest.

Read our article:Appointment of Directors under Companies Act, 2013