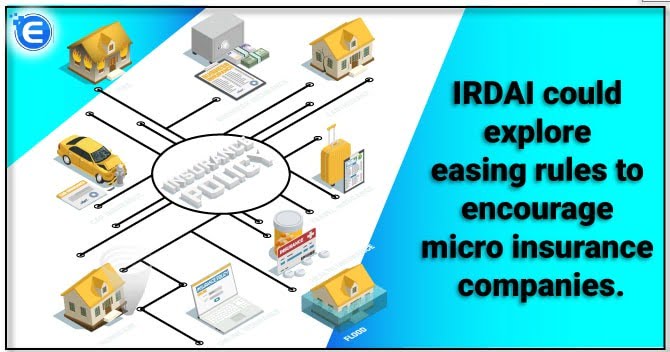 As in this hard time when the low income families have been hit by the Covid-19 Pandemic the Insurance Regulatory and Development Authority of India (IRDAI) has formed a committee in the month of February 2020 to explore the options to ease up the rules regarding the setting up of the standalone micro insurance companies. The committee has suggested finding more ways to encourage the micro insurer which will facilitate them in simplifying and promoting products of insurance and further scale up go through across country and segments. However before going further, let’s understand more about a micro insurance company.

What is a micro insurance company?

Micro insurance corporate extends specified insurance products to the people who are unable to pay for traditional insurance. It can be managed in many numbers of ways—through community organizations, licensed insurance agents, non-governmental organizations, and micro-finance institutions.

Micro insurance has previously had some achievement in many poor countries as a way for low-income families to pay for insurance, mainly health coverage. It’s a very successful and popular option in many sections of the world including India, South Africa, Brazil and China.

Some examples of micro insurance products include:

Some examples of life micro-insurance product are:

These policies are designed independently for the families and lower-income individuals could easily pick it up and decide according to their budget.

The Insurance Regulatory and Development Authority of India[1] (IRDAI) has formed a committee in the month of February 2020 to explore the options to ease up the rules regarding the setting up of the standalone micro insurance companies. The committee has suggested finding more ways to encourage the micro insurer and facilitate them in promoting products of insurance and further scale increase the benefits of micro-insurance across the country.

The IRDAI committee highlighted how the micro insurance business is tremendously small owing to the low ticket dimension of the business, high cost of acquisition, trust issues, and challenges in claim settlements. It was a very shocking discovery for the committee to know that the micro insurance only forms just 1.80% in the life segment sector and in the general insurance sector only 1.16%.

Micro insurance is purposely intended for the safeguard of low income people, with reasonably priced products to help them cope with and recover from financial losses.

The government schemes and the liberalization of this sector have shaped new opportunities for micro insurance to reach the vast mass of the poor, such as those working in an informal sector,” says the panel.

Micro insurance facilitates more and more people to have at least some level of insurance to guard some of their most important assets. It can bring a sense of safety to families of low income who were beforehand not capable to afford the insurance.

Some other benefits include the ability to handle claims quickly and accurately and transparency. Research also suggests that when small entrepreneurs and farmers feel they are sheltered by insurance, they are eager to take more risks and spend more in new business ventures which is overall good for the Indian economy.

It is clear from the above discussion that the main aim of these suggestions by the IRDAI is to ease the regulations and give a boost to this sector. Micro insurance is an integral part of our economy. It is providing small insurance to poor people so they can remain tension free and further invest in different areas. Micro insurance is a type of insurance intended to make crucial insurance goods more reasonably priced. It breaks down insurance in its conventional form into something much lesser.

Read our article:Understanding the key aspects of Micro Insurance Regulations

Legal and Regulatory Framework for...

Difference between Microcredit and...

Microcredit and microfinance are two types of fund related activities. In this article, we shal...