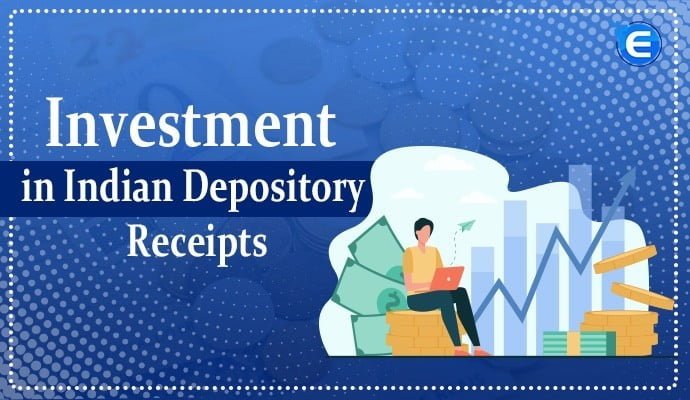 Indian economy has been growing at phenomenal rate and thus has enormous amount If a foreign incorporated entity wished to raise funds from the Indian stock market, it can do so with the help of a financial instrument called Indian Depository Receipts (IDRs), which is denominated in Indian Rupees, by offering entitlements to foreign equity to the investors. IDR was an attempt of the Indian government to globalize the Indian capital market allowing the Indian investors to penetrate the foreign markets.

What are Indian Depository Receipts (IDRs)?

Indian Depository Receipts (IDRs) refer to those instruments which are in the form of a depository receipts created by a Domestic Depository located in India against the underlying equity shares of issuing company which was incorporated outside India. Here, the domestic depository means a custodian of those securities that are registered with SEBI and authorised by the issuing company to use IDRs. ‘Issuing Company’ means a company incorporated outside India, making an issue if IDRs through a domestic depository.

The regulatory bodies governing IDRs include Securities and Exchange Board of India, Ministry of Corporate Affairs, the Reserve Bank of India.

The regulatory framework includes section 390 of the Companies Act, 2013, Rule 13 of Companies (Registration of Foreign Companies) Rules, 2014 and Chapter X and XA of SEBI (Issue of Capital and Disclosure Requirements) Regulations, 2009.

Companies (Registration of Foreign Companies) Rules, 2014 are applicable to those companies who are incorporated outside India, whether the company has or has not established, or may or may not establish, any place of business in India.

Eligibility criteria for issue of IDRs

An issuing company who wishes to issue IDRs only if it satisfies the following conditions:

Benefits for the Investors

It is beneficial for the Indian investors to take advantage of the growth opportunity in a global corporation. These shares can be bought and sold like any other shares in the Indian market. The investors will also be able to claim dividends and capital appreciations. However, the investors in India do not get voting rights for the same.

The investors do not have to face the risk of investing in unfamiliar markets. They can make their investments more confidently with the mandatory disclosures from company’s end and the consequent transparency that it brings along.

Investments in IDRs also expand the length and breadth of the market and help the investors to diversify their portfolios and taking them global.

It enhances the visibility and image of the company, its products, services and financial instruments in a foreign marketplace.

A number of benefits have been discussed above about the raising money through IDRs. However, there are certain factors that may discourage private investors and institutions from moving outside their local markets and making investments. These factors may include the internal investment policy of the company, volatile currency conversion rate, unfamiliar market practices, poor information flow, complicated tax framework, unreliable settlement and associated fees, unreliable custodian services etc. Thus, efforts must be made by the SEBI and other related bodies to allay the fears of the investors and make it lucrative for them to invest in IDRs.

Read Our Article: Foreign Investment in India and its Regulatory Framework

Why do two stock exchanges exist in...

In reality there are more than two stock exchanges that are present in India. These include Bom...

How to start an Asset Management Co...

Introduction The Securities and Exchange Board of India (SEBI) which is the statutory body to s...

Recently, a circular was released by the Securities and Exchange Board of India (SEBI), which h...