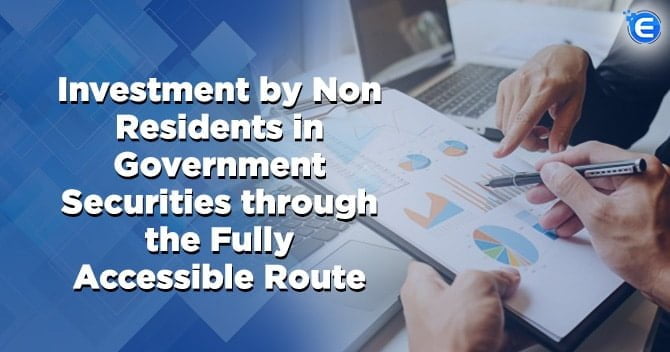 The Finance Minister, Mrs. Nirmala Sitharaman, with the announcement of the Union Budget on 01 February 2020, brought out various benefits for Non Residents to Invest in India. This is to boost the amount of foreign direct investment in the country. One of the benefits for Non-residents is for investing in Government Securities.

Fully Accessible Route- What is it?

Features of the FAR

The above parties can make their investment through the debt obligations through specific existing routes.

The issuance of Government Securities, which have the following period (tenor) – 5 Years, ten years, and 30 years, will be allowed for investment as a specified security under the fully accessible route (FAR), as mentioned by the Reserve Bank of India. There are specific existing securities which are present under this Fully Accessible Route:

Official notification regarding this can be accessed from the below link:

What is Buy-Back of Securities?...

Buyback of shares is a financial strategy implemented by a company in order to realign and rest...