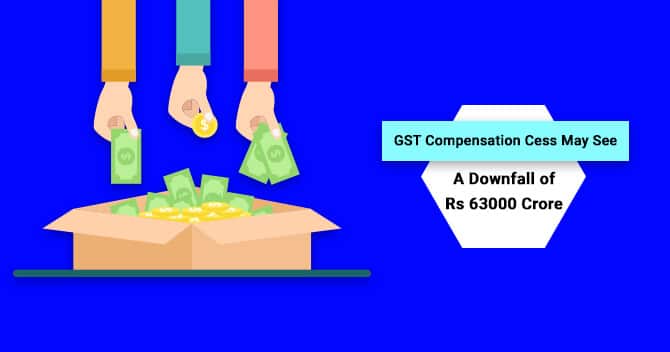 The purpose of the GST regime is to benefit both the buyer and the seller and make compliance easier for businesses. However, the implementation of GST created a skirmish in India. Individual states are likely to lose money because of the way the law is structured. The finance ministry of India dragged their feet in the matter and created the compensation cess so that states will remain in the state of floating as the country adjusts to GST.

The purpose of introducing compensation cess is to protect the states from the loss caused due to implementation of GST. Compensation cess is imposed on a certain type of goods and businesses must pay it in addition to GST. This is levied on inter-state sales, intra-state sales, and imports. The export department is exempted from this cess. The purpose of this cess is to make sure that states have enough money to operate.

Compensation Cess and the List of Items It Covers

The government of India has provided the list of items on which compensation cess is levied. These include:

Different compensation cess rate is applicable to various products and the cess is calculated based on the value of the product without GST.

The maximum cess rates that can be charged are:

The government of India is seeing a shortfall of Rs. 63,200 crore in GST compensation cess for the current fiscal year as there is a dip in the revenue collection. The augmentation panel for the GST Council’s revenue has provided the calculation. As per the prediction by the panel the shortage limit can exceed Rs. 2 trillion within 2012-22.

The center had already launched the compensation of amount Rs 35,298 crore to states for the month of August and September just two days before the GST council meeting which was held on 18 December.

Also, Read: What is Cess on GST? – Applicability and Rates

With practical and well-versed knowledge in legal and finance, Surbhi has dedicated 3 years of her life in managing financial matters of the companies she has worked in. Lately, she has shifted her focus and now she is keen on spreading her knowledge via writing. Affluent in writing, she now writes on legal and finance related topics.

Chapter XX of the Central Goods and Service Tax Act, 2017 provides the provisions for Transitio...

Reporting of Foreign Liabilities an...

Determination of Place of Supply of...

We have already discussed in our previous blog how Goods and Service Tax has introduced the Co...