How you can file a case with Insurance Ombudsman in India? 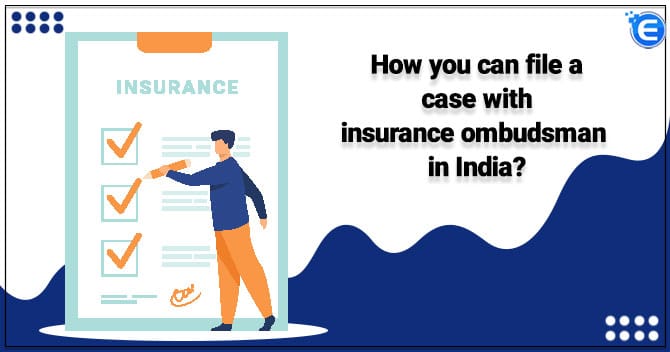 Who is an Insurance Ombudsman?

The Indian Government launched the Insurance Ombudsman scheme to help the policy holders to get their complaints addressed and resolved off the court efficiently and in an unbiased manner.

Presently there are 17 Insurance Ombudsman Centres in India. The contact details of them can be fetched from the IRDAI’s official website. The complaint can be filed to the insurance ombudsman under whose jurisdiction the branch of the insurance company or its office is located or where the complainant resides.

The main objective of the ombudsman is to resolve all complaints encountered in settlement of these claims.

Who and when can one approach the Insurance Ombudsman?

Firstly, any individual policyholder may approach Insurance ombudsman for redressal of their grievance.

Complaint can be filed extremely easily and seamlessly. The following steps should be followed:

Settlement process followed by the Ombudsman

However, if you are not satisfied with the recommendations, the ombudsman shall pass an award within 3 months, which would be binding on the insurer. The insurance company is required to comply with the award within 30 days.

Read our article:Compliances for Insurance Web Aggregator in India

For someone who doesn't know much about insurance may find it less interesting. However, those...

Duties and Functions of Insurance A...

An insurance agent is a representative of a particular insurance company selling its insurance...

The article envisages about, IRDAI norms related to Insurance Surveyors and Loss Assessors. The...