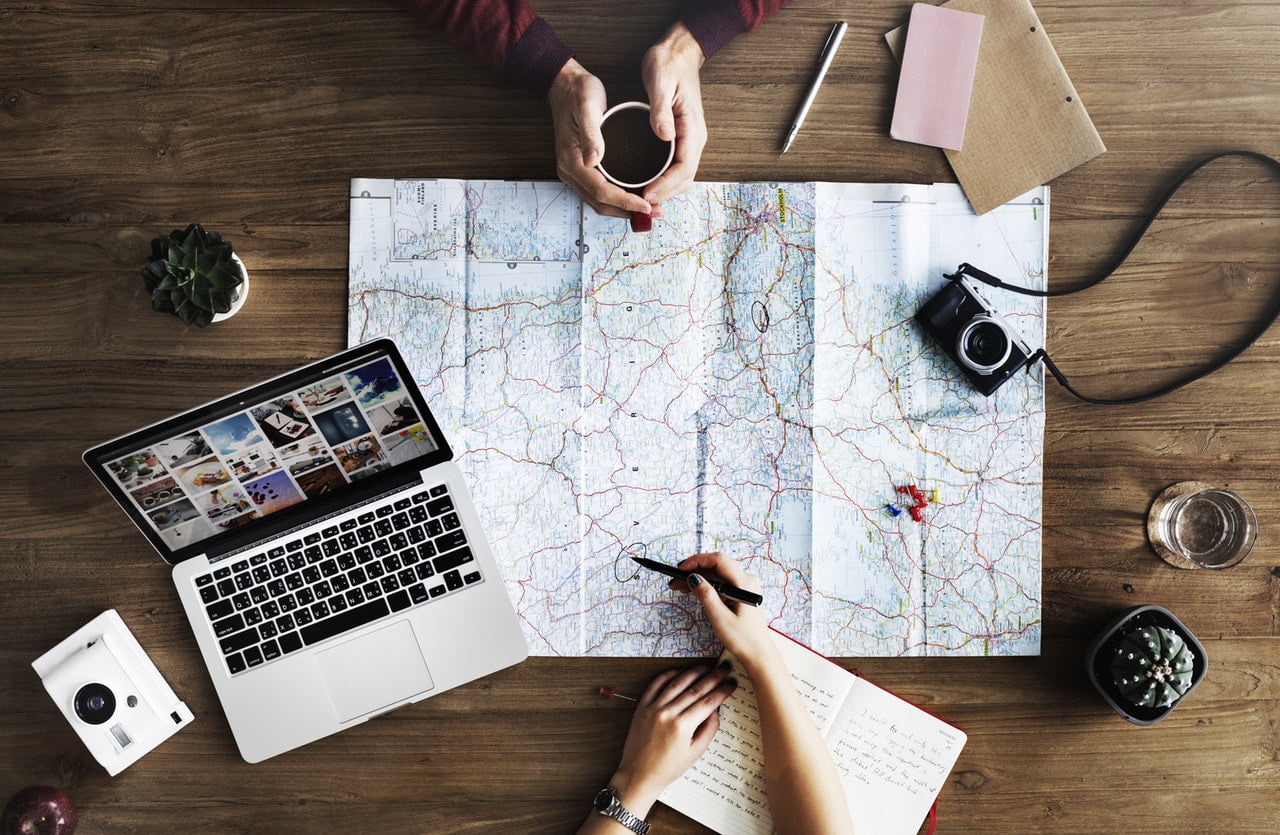 The trade means an exchange of goods & services for the satisfaction of human wants. The process of exchange comprises the purchase of goods & services & their sale. The trade may take place within the geographical boundaries of the countries or may be extended to across the border. When a trade is confined to the geographical limits of the country, it is the domestic or national trade. In national trade, both the buyer & the seller are the same countries & they enter into trade-agreements subject to the national laws, practices & customs of trade. But the International business or foreign trade refers to the trade between 2 countries. The Purchaser & the seller are citizens of 2 different countries & are subject to the International or the bilateral laws of trade & tariffs.

Technically, domestic trade & international trade are more or less identical & are based on the same basic principles of trades.

There are certain similarities between domestic & international business in terms of broad objectives & goals of the company, namely:

But practically, there are certain differences between domestic & international business. It was on the basis of these differences that the old classical economists propounded a separate theory for international trade. The main points of difference are as follows:

1. Environment: The economic, political, legal, socio-cultural, competitive & technology environments are well known in case of domestic business due to the familiarity of geography & place of operations, hence the organization can take the necessary precautions to assess its impact & adjust quickly to the changes in the same. In international operations, the various aspects of the macro external environment are not fully known unless the business is established & created a place for itself in the market. Thus a number of innumerable hidden environmental factors may emerge during the settlement period which may pose problems.

For example – an Indian company which wishes to enter & establish operations in the European markets may face numerous political, legal, socio-cultural & other problems cropping up in the external macro environment during the initial settlement stages. When fast food chain Mc Donald’s entered India in 1996 had to ensure that it did not offer pork or beef items so as to gain acceptance locally. It also had to re-engineer its operations to address the special requirements of vegetarians in India & introduce variations in dishes that were not available at any Mc Donald’s outlet anywhere in the world.

2. Plan & Strategy: Plans & strategies are generally worked out in the short term. The short-term plans are linked together & carried forward into the long run. The inverse is also possible as the domestic business offers the flexibility to organizations. In the case of international business, only a well thought out, proven, practical long-term time-bound planning & strategy works.

4. The difference in Currencies: There is only one currency acceptable all over the country & therefore there are no difficulties in making payments in internal trade. But, every country has its own monetary system which differs from the others. Exchange rates between the two currencies are fixed by the monetary authorities under the rules framed by the International Monetary Fund. All the payments for imports are to be made in the exporting country’s currency which is not freely available in the importers country. The scarcity of foreign currency may sometimes limit the size of imports from other countries.

6. Research & Development: It is reasonable & relatively simpler to carry out business product research, innovations, demand analysis & customer survey in domestic business. Also, the reliability & success rate of their results are much higher. For e.g. Nestle Maggi has developed & introduced Vegetable Atta noodles, a variety of noodles which is available mostly only in India & not in other countries based on market research. Research & development in international business operations is expensive & difficult to conduct. Their reliability criteria depend on individual countries & there is no uniformity in the result of their applications. Quoting the same example Nestle Maggi has developed different varieties of noodles such as Kari Letup & Pizza which are particularly sold in Malaysia & Saudi Arabia & which may not be suitable for Indian markets.

8. Organizational Vision & Objective: The organizational vision & objective in domestic business is narrowed down to work in a single country with a steady growth objective. e.g. a part of the vision of Tata Steel in 1998 – 99 was “In the coming decade, we will become the most competitive steel plant & so serve the community & the nation.” In the case of international business, the organizational vision & objective is more broadened to cover many countries & geographic & cultural diversity may influence the same. For e.g. the vision of Tata Steel Group’s vision currently states “We aspire to be the global steel industry benchmark for Value Creation & Corporate Citizenship”.

9. Investment: Depending on the size of domestic business operations one can start with a minimum investment. Involvement of regulatory bodies in respect of small local business enterprises is limited. On the other hand, all overseas operations except exports, call for huge investments to set up & expand the business in many countries. The Special regulatory bodies are involved in a process since the foreign currency is transacted.

10. Distribution: Domestic business houses can use at their discretion to select any distribution channel to reach the customer. For e.g. small “Mom & Pop” stores are one of the most popular & widely used distribution channels for Fast Moving Consumer Goods (FMCG) in rural & urban India. The choice of distribution channel in international business operations is governed by the government or market practice of the nation where the business is operating. For e.g. cash & carry stores & shopping malls which are very commonly used channels in the developed markets are now catching up in urban India.

12. Advertising & Promotion: Advertising, personal selling & other promotional methods are subject to the regulations prevailing in the domestic business operations. For e.g. advertisement & promotion of pharmaceutical drugs, cigarettes & alcohol are restricted in India. In the case of international business different countries have different regulations with regard to advertisement & promotion. For e.g. advertisements of cigarettes & alcohol are permitted in some developed nations.

Under the region-centric approach, they export the product to the neighboring countries of the host country.

Under the geocentric approach, they treat the entire world as a single market for production, marketing, investment & drawing various inputs.

14. The difference in Natural & Geographical Conditions: Natural resources like availability of raw materials, the composition of soil, the fertility of soil, rainfall, temperature etc. differ widely from country to country. On the basis of this specialty, countries specialize themselves in the production of certain selected commodities & therefore they produce a better quality of goods at lower rates & sell them in the international market. It causes the difference in domestic trade & foreign trade.

17. Sovereign Political Entities: Each country is an independent sovereign political entity. Different countries impose different types of restrictions on imports & exports in the national interest. The importers & exporters shall have to observe such restrictions while entering into an agreement.

These restrictions may be:

What are the factors responsible fo...

In India, the advent of digitalization has caused a tremendous change in the lending system. Di...

DigiLocker: An Initiative under Dig...

DigiLocker offers the general public with a cloud-based space to safe-keep their documents and...

What is Valuation? Valuation is the process of estimating the real and market value of a compan...