Compounding of offences under FEMA 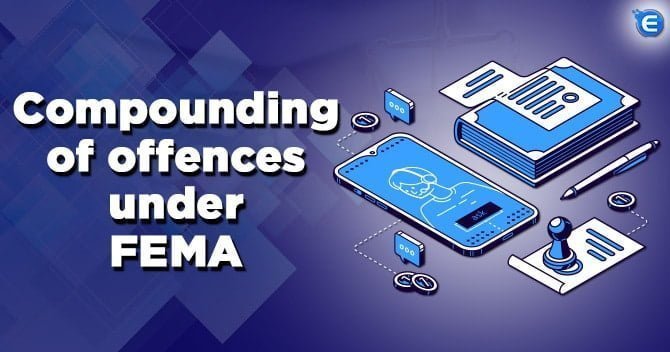 Foreign exchange law is governed by the Foreign Exchange Management Act, 1999 (FEMA). The primary authority for regulating foreign exchange in India is the Reserve Bank of India. Apart from FEMA law, the RBI has brought out various notifications and circulars amending specific regulations dealing with Foreign Exchange matters in India.

Delegation of Authority for Compounding of Offences

The following table depicts the offences based on the amount:

Compounding of Offences provided to Regional Offices of RBI

Due to plethora of offences under FEMA, the offences are classified and segregated to different regional offices based on the nature and complexity. These offences can be compounded at the respective regional office by making an application.

The following table represents the compliance required under the Foreign Exchange Management Act.

The regional offices of Panaji and Kochi can carry out compounding of offences for the above. This would be applicable where the amount related to contravention of the offence is less than Rupees 1 Crore. For amounts more than 1 Crore, they would be delegated to regional offices that have more authority.  Contravention for amounts more than 1 Crore would be directed to the Cell for Effective Implementation of the FEMA (CEFA), under the Foreign Exchange Department of the RBI, Mumbai.

Compounding of offences for owning immovable property and setting up of foreign offices in India are dealt under a separate division of the RBI. The Foreign Exchange Division (FED) of the RBI has the authority to compound offences. The following would be compoundable by the FED, CO Cell New Delhi:

Application Process for Compounding of Offences

Compounding Procedure by the Authority

Penalty for Compounding of Offences under FEMA

Under the provisions of FEMA, the penalty for contravention of any offence is up to three times the amount subject to contravention. However, the amount for compounding an offence would be determined by the authority such as the RBI. Such amount is quantifiable.

The applicant can also make a personal representation. If the applicant wants to appear personally then the RBI would direct the applicant to submit the application directly to the compounding officer for the judgement.

The applicant has to either appoint a legal expert or a consultant dealing in compounding matters. If the representative is not able to appear on behalf of the applicant then the judgement would be provided on the available documentation with the authority.

The officer providing the judgement would exercise all powers under FEMA. First the details of the penalty carried out would be mentioned by the officer and a copy of the compounding order would also be provided to the applicant. This would be as per sub rule (2) of Rule 8 of Foreign Exchange (Compounding Proceedings) Rules, 2000. Apart from this a copy of the compounding order will also be present with the adjudicating officer.

Payment after order for compounding for offences

Options for Exiting from a SEZ Unit...

In the year 2000, the Government of India established a scheme for setting up of business zones...