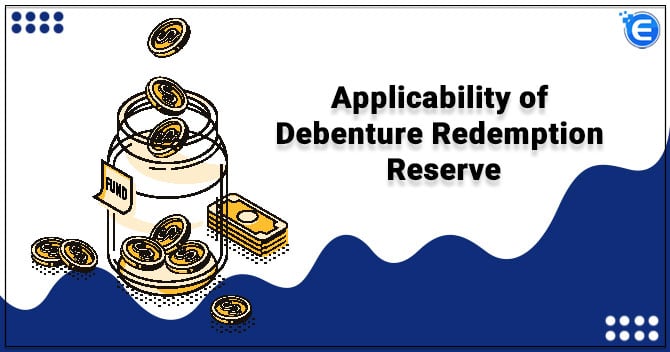 Debenture Redemption Reserve is a fund maintained by the companies that have issued debentures. It aims to minimize the risk of default on repayment of debentures. DRR ensures that the funds are available for meeting obligations towards debenture holders. Let’s discuss more about DRR.

There are two components of DRR. The first component is setting aside a portion of the profit. Profit allocation is done in a process called earmarking of funds. It ensures that adequate profits are accessible for repayment of debentures. The second component involves funds investment. It ensures that the company has adequate liquidity to make repayment.

Companies that have borrowed money through debentures might not have funds to make repayment. With a view to minimize the chances of default, the government introduced the DRR concept in 2000. The main reason for default includes lack of profitability and lack of liquidity.

In order to address these concerns, the concept of DRR provides for two requirements-

A DRR ensures that the company sets aside a profit portion for repayment of long-term Non-Convertible Debentures out of its current profit. When a company that issued Non-Convertible Debentures either goes bankrupt or faces liquidity crunch, it usually defaults on its repayments. Hence DRR here proves to be of utmost importance as it reduces the investment risk for the buyer of debentures. Although a few companies issue secured debentures, a DRR can help them also as dues recovery by liquidating assets can take some amount of time.

All companies are required to maintain DRR except for the following:

According to section 71(4) read with the Rule 18 (1) (c) of the Companies (Share Capital and Debentures) Rules, 2014 provides every company that issues debentures to create a Debenture Redemption Reserve of 10% of outstanding value of debentures for the redemption of such debentures.

Certain class of companies as provided has to either deposit, prior to 30th April every year, in a scheduled bank account, a sum of minimum 15% of the amount of its debenture maturing during the year ending on 31st March next year or invest in one or more securities laid in rule 18 (1) (c) of SHA (DRF).

By virtue of the present amendment, it is critical to ascertain the applicability of creation of Debenture Redemption Reserve and Debenture Redemption Fund in terms of Companies Act 2013. The exemption with respect to DRR and DRF was applicable to listed companies in case of private placement. While Non-Banking Financial Companies continue to enjoy exemption (also in case of unlisted companies) pursuant to the present amendment Non-NBFCs listing NCDs shall not be eligible to avail the benefit of the said exemption and would be required to maintain DRR and DRF.

One can contend over the fact that the securities are listed though the company isn’t, and therefore the exemption extended to listed companies should be available equally to unlisted companies with listed securities.

As stated earlier, DRR ensures that the company sets aside a profit portion for repayment of long-term Non-Convertible Debentures out of its current profit. When a company that issued Non-Convertible Debentures either goes bankrupt or faces a liquidity crunch, it usually defaults on its repayments. Hence Debenture Redemption Reserve here proves to be of utmost importance as it reduces the investment risk for the buyer of debentures.

ROC forms, compliances, and due dat...

When a company is incorporated, there are a number of compliances under the Companies Act, 2013...

MCA Requires Reporting on “What i...

Recently MCA has issued a notification dated 22nd January 2019 effective from the same date in...

Revival Process of the Name of a St...

Revival process of a struck company is one of the challenging tasks for CA & CS, but certai...