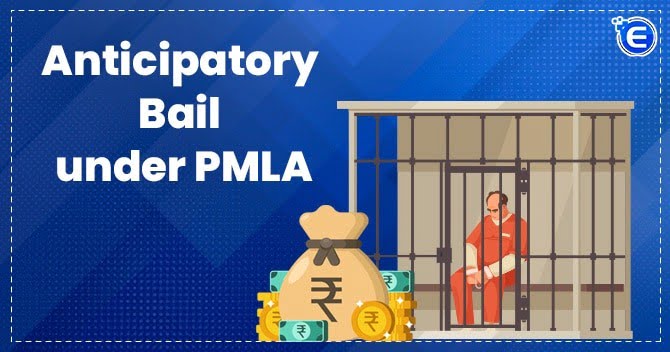 Under Indian criminal law, anticipatory bail is defined under Section 438 of Criminal Procedure Code, 1973. The provisions of anticipatory bail grants permission to the accused to seek bail in anticipation of an arrest for a non-bailable offence. This right of anticipatory bail/ bail preserves the person’s right to life and personal liberty granted under Article 21 of the Indian Constitution. The 41st Law Commission of India report states the need to grant Anticipatory Bail to the accused, as the sole purpose of enacting this provision was that no person be confined in jail until pronounced guilty.

While granting pre-arrest bail to the applicant for economic offences, the court must ensure that the accused must always be available for questioning and cooperate with the investigating authorities (CBI, ED, etc.) while on bail. The Hon’ble Supreme Court has ruled and made a distinction between the regular bail and the anticipatory bail in the case Gurbaksh Singh Sibia v. State of Punjab, where ordinary bail is granted after the arrest and allows the release from the custody of the police and the latter in anticipation of the arrest.

Cases on Anticipatory Bail under PMLA

The two conditions provided under the said section are:

Supreme Court laid down some significant points for granting or rejecting the plea of anticipatory bail under PMLA by the accused as follows:

Held – The Court must adequately address the nature and gravity of the accusation and establish the exact role of the accused. The Court must carefully evaluate the available material evidence against the accused.The Court should also consider whether the allegations were made only with the object of injuring or humiliating the applicant by arresting them.

• The relief under Section 438 Cr.P.C is an extraordinary remedy, and utmost caution should be exercised, most notably in case of economic offences.

• Economic offence stands as a different class as they affect the economic fabric of the society.

In this case Hon’ble Gujarat High Court held that Section 71 of the PMLA has an overriding effect over any other statute.

From the cases stated above, it is clear that the relief of Anticipatory bail is available under CrPC, 1973 and the same provision shall be applied under PMLA in the absence of any conflict. The same has been taken into consideration for granting anticipatory bail to the accused by various subordinate courts. The applicability of the provisions of Criminal Procedure Code, 1973 has been settled by the various Hon’ble High courts and Supreme Court, as there is no explicit provision for granting Anticipatory bail under PMLA, hence provisions of CrPC shall be applied in letter and spirit.

There is a strong need to review the stringent bail provision under the PMLA as the Act empowers the Enforcement Directorate with unfettered powers to investigate and make arrests which often violates the core fundamental principles of the Indian Constitution. The provision of anticipatory bail is enacted to allow the accused to defend the allegation made against her/him at the nascent stage without hampering the investigation process.

Underlining the Scope of Investigat...

The Prevention of Money Laundering Act 2002 was introduced to tackle the growing concern of mon...

What are the ways to combat money l...

Recently, a spurt in the activities of the Enforcement Directorate and FIU has been observed wi...