Angel Tax For Startups in India: A Complete Overview 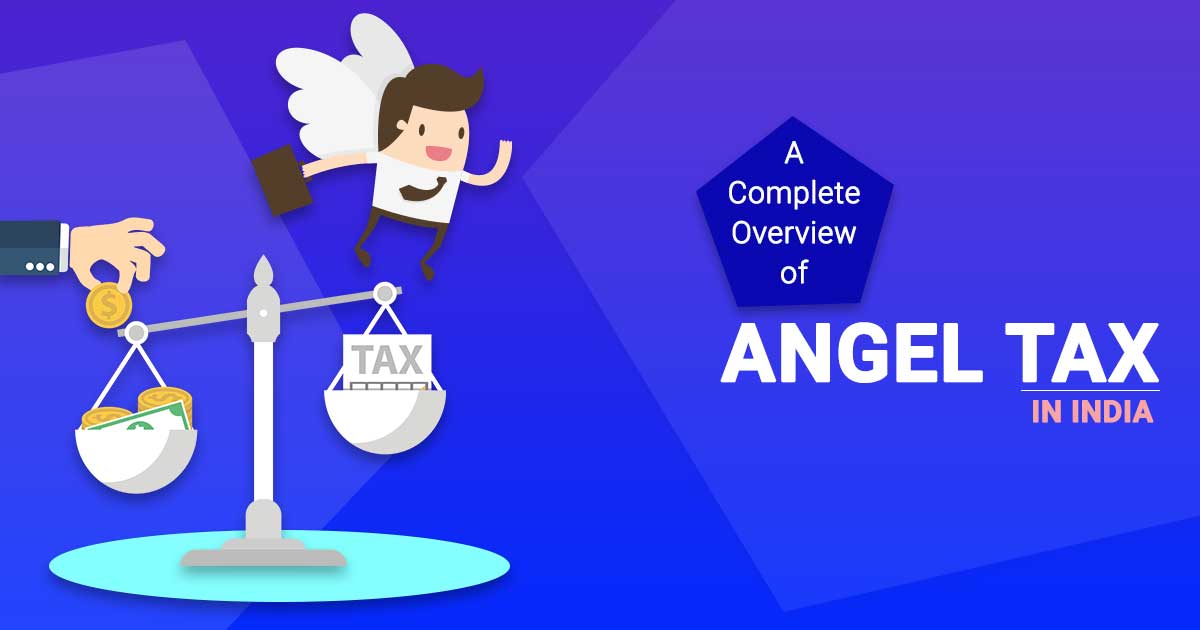 India is a young country with 65% of its population falling between the age bracket of 25 to 35 years. The young generation of India is coming with new innovative ideas and business plans.  The past few years have seen exponential growth in the number of startups in the country. At present India has the second-largest start-up ecosystem in the world. This rise in the start-up culture didn’t happen overnight but gained pace slowly and gradually over the years. The lower cost of doing business, availability of a large educated workforce, are some of the main reasons behind the rise of start-up culture in India.

With the rise of start-up culture in India came in Angel investors, those who are focused on helping startups. Angel investors invest in new companies those who haven’t gained recognition. A certain percentage of angel investment received by a startup is liable to tax know as Angel tax for startups according to the Income Tax Laws.

What is an Angel investment?

Who is an Angel investor?

An angel investor is an individual with a high net worth willing to provide financial backing for small startups and entrepreneurs. Angel investors give financial assistance in exchange for ownership equity in the company. These investors provide more advantageous terms as compared to other lenders. Angel investors foster new startup ideas which would ultimately show good economic growth.

In recent years Indian companies have attracted incredible investments from around the globe. This increase in investments can be linked with the growth in the number of startups in the country. Indian market is offering great opportunities for investors from all over the world to come to a start a business in India. The market size of India is vast in terms of population and the demand is always more than the supply. The government has been promoting startup culture in the country. However, the imposition of Angel Tax on startups affects their growth adversely. The introduction of Angel tax in 2012 has refrained many investors from investing in early-stage startups.

What is Angel Tax for Startups?

The tax paid by a startup on the funds received by it from an angel investor is known as angel tax. This tax was introduced in the year 2012. When a startup receives any financial assistance higher than the Fair Market Value (FMV) of shares, then it is subjected to tax known as Angel Tax.

Startup culture has seen exponential growth over the years in India. Angel investors support new startup ideas to build their business by investing in them at the early stage. However, the tax department of India is worried about the fact angel investments are nothing but another way of money laundering. As per the belief of the tax authorities of India, a lot of startups have assets that are not shown in records.

Moreover, people in India make every possible effort to evade tax which ultimately leads to an increase of black money in the country. To reduce money laundering and tax evasions by investors, the tax authorities introduced Angel tax. The tax department evaluates the Fair Market Value of the startup, and if the startup gets an investment higher than the Fair market value, such startups are liable to tax.

As per the Ministry of Finance, an entity would be considered eligible for the exemption of tax up to 10 years from its incorporation which earlier used to be seven years.

The government has also decided to set up a dedicated cell to address the tax-related problems of the startups. A startup having any income tax-related issue can approach the cell to solve their problem in real quick time.

How well was the Government’s decision received?

The startup community of India has welcomed the decision of the Finance Ministry of India of exempting registered startups from paying angel tax. After the introduction of Angel Tax many prominent investors, startup founders had criticized the tax because this tax would hamper the local ecosystem of startups. The government took the suggestions into considerations and came out with reform to benefit the startups.

Startups have seen an incredible boom over the past few years in our country. However, the rules and regulations imposed by the government on startups hinder investors from investing in new startup ideas. The government fears money laundering and tax evasions by investors through angel investment in startups. The government has tried to solve this problem by exempting startups registered with the Department of Industrial Policy and Promotion from paying Angel Tax. However, the government still needs to ease the regulations imposed on businesses and investors to give life to new innovative ideas and creations.

Also, Read: All about Angle Funds.

An Overview of New Legacy of Disput...

On the 5th day of July 2019, Finance Minister of India Ms. Nirmala Sitharaman during her maiden...

What is useful life of Patent and f...

We know them through patent registration we have secure our inventions from competitors. Howeve...

How to proceed for Company Incorpor...

Malta is a member of the European Union and is considered as an attractive jurisdiction for com...