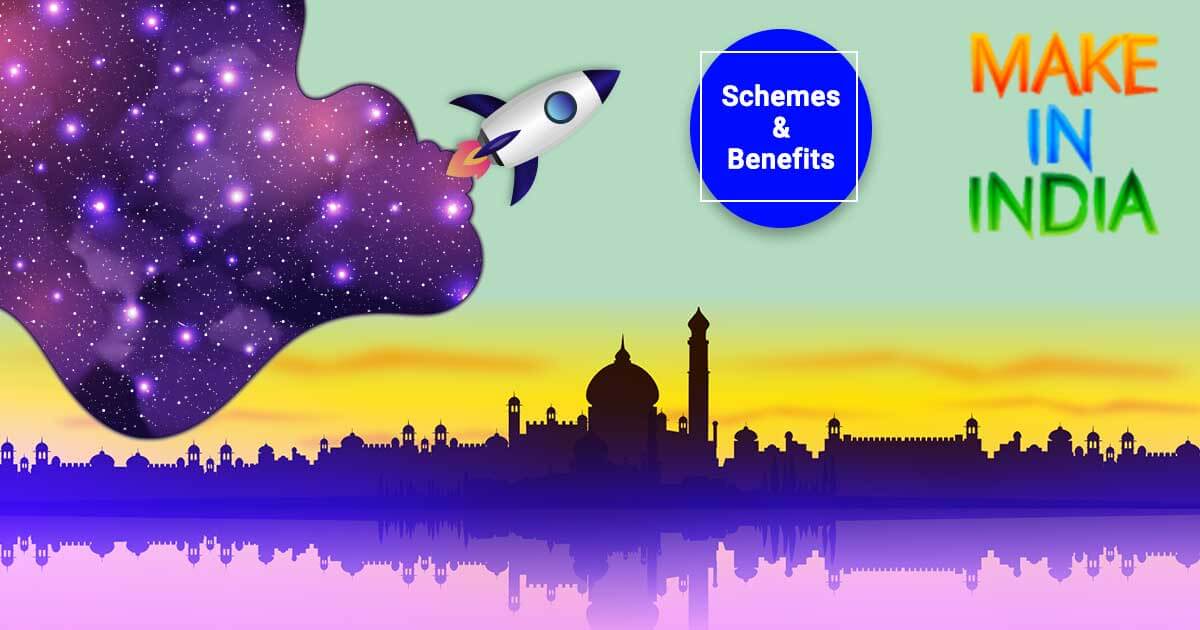 India is one of the fastest-growing trillion dollar economies in the world. India recently lost its first spot of the fastest-growing economy to China after the economy grew slowly than expected in the first three months of 2019. As per the official data, the economy of India grew at a rate of 5.8%, which is less as compared to China’s economic growth of 6.4%. During the first term of the Modi government, India became the fastest growing economy in the world . However, the second term of the government saw a decline in the growth of the economy.

The BJP-led NDA government launched the Make in India Scheme during its first tenure which was one of the reasons leading to an exponential increase in the economy of the country. The aim of launching this scheme is to enhance skill development, build manufacturing infrastructure, attract investment from around the globe and use India’s talent to its full potential. Make in India focuses on twenty-five sectors which include automobiles, aviation, chemicals etc. In this article, you will get a complete overview of Make in India scheme; its benefits, disadvantages and different sectors of Make in India.

The onset of Make in India

Prime Minister Modi, in his maiden Independence Day speech, talked about the idea of Make in India. Prime Minister during his speech, urged the people of the whole world to come and Make in India. He focused on the skill, talent, discipline and the desire to work of youth dominated population of India. He asked the people around the globe to come and manufacture in India and sell in any part of the world as per their wish. The program was formally introduced on September 25, 2014, by the Mr Narendra Modi at Vigyan Bhawan, New Delhi.

This initiative, launched by the Government of India, has become the most significant and fastest-growing government initiative with over 2.1 billion global impressions on social media. The logo designed for the Make in India campaign is an elegant lion, which is inspired by the Ashok Chakra and depicts development and success in all spheres. The Prime Minister of India dedicated this campaign to Pandit Deen Dayal Upadhyaya who was an eminent patriot and a famous political personality. The official launch date of Make in India initiative, i.e. September 25 is the birth date of Pandit Deen Dayal Upadhyaya.

The vision behind Make in India Initiative

Different Sectors of Make in India

Advantages of Different Sectors of Make in India

At present India has a large workforce to cater to the needs of foreign investors. Skilled labour is easily available in our country because of the high rates of unemployment. All these factors have developed India as an outsourcing hub of the world. Numerous measures focusing on the ease of doing business in India have been launched under the Make in India program.  Government has launched a number of new initiatives to ease the licensing rules at the state government level to align them with global best practices. This initiative of the government is helping in skill development, driving foreign investment, encouraging innovations and above all providing employment to the unemployed youth of the nation.

Some of the achievements under Make in India initiative

The Government of India amended the FDI policy in 2014 to increase the FDI inflow. The government increased the foreign investment upper limit from 26% to 49% in insurance sector. After the introduction of Make in India initiative, government liberalized FDI in some key sectors including Telecommunications, Agriculture, Pharmaceuticals, Civil Aviation, Space, Insurance and Pensions and Medical Devices etc.

Recently India climbed 14 ranks in the World Bank’s annual report on Ease of Doing Business, ‘Doing Business 2020’. This sharp rise in the position of the country can be attributed to reforms brought in the different sectors of Make in India.

Achievements of Different Sectors of Make in India

Challenges of Make in India

The bureaucratic approach of governments of India has always made it difficult for foreign investors to set up industries in India. Apart from bureaucracy, other factors such as corruption, lack of proper infrastructure and not so good labour laws refrain investors from investing in India. However, the current Modi government under the Make in India scheme is trying its best to eradicate these issues from the country and develop the country as an outsourcing hub.

India’s rank in ‘ease of doing business index’ is not so good and this is one of the universally noted disadvantages of investing in India. Even the current government is often questioned regarding the poor labour reforms in India which ultimately affects the Foreign Direct Investment in the country. Several tech companies are still not interested in the Make in India campaign and continue to manufacture their components in China.

Make in India initiative focuses on enhancing skill development, build manufacturing infrastructure and make India a global manufacturing hub. This scheme launched by the government intends to attract investments from across the globe and create employment opportunities for the youth of the country. There are about twenty-five sectors of Make in India initiative that needs to be promoted to cater to the needs and demands of foreign investors. All in all, this is an excellent initiative taken by the government of India which is aiming at the overall development of the nation. However, there is a need to reform the labour laws, curb corruption and remove bureaucracy from the country to make India more feasible to invest in and start a new business.

Due to increase in investment opportunities in India and been a developing country, people from...

Things to keep in mind for Business...

Many say ‘What’s in a name? It’s the deed (work) that matters’. But this is not entirel...

Kids Garment Manufacturing The Indian Textile Industry is one of the largest textile industries...