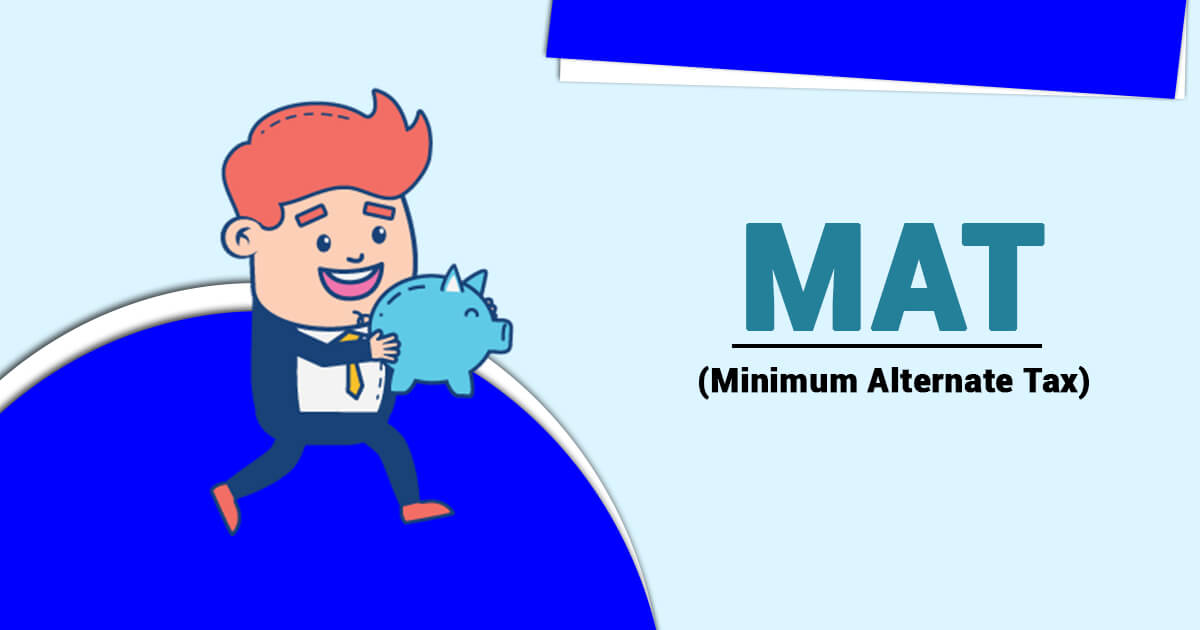 What is Minimum Alternate Tax (MAT)?

Minimum Alternate Tax (MAT) is a provision introduced in indirect tax laws to limit various tax concessions and other incentives such as , allowances and tax exemptions, etc which were being used by many companies to avoid tax payment. MAT was first introduced in India in 1983 under the regular provisions of the Income Tax Act, 1961. India still retains MAT in its direct tax law. Now after the introduction of MAT in India, the Companies have to pay a fixed percentage of their profits as Minimum Alternate Tax. MAT is applicable to all companies including the foreign companies as well. MAT is calculated under Section 115JB of the Income Tax Act.

Minimum Alternate Tax was introduced in India under Section 80VVA of the Income Tax Act through the Finance Act of 1983. Introduction of Section 80VVA placed a restriction on certain deduction in the case of Companies and placed a ceiling on allowance and companies to pay a minimum tax on at least 30% of their profits.

Later in the year 1987, Section 80VVA was removed by the Finance Act, 1987 and introduced Section 115J in a modified manner. According to Section 115J, the assessing authority had to calculate the income of the company. Apart from this the book of profit also had to be determined. In case the income of the assessee company was less than 30% of its book profit, the total income chargeable to tax would be 30% of the book profit.

All the companies be it private, public, Indian or Foreign are liable to pay MAT if the income tax payable is less than 15% of the book profit with cess and surcharges.

However, MAT will not be applicable to a foreign company if the company is from a specific country with which India has an agreement as per Section 90 (1). Moreover, the foreign companies whose total gains and profits arise from businesses referred to in sections 44AB, 44BB, 44BBA or 44BBB of the income Tax Act.

Let us understand the Calculation of MAT with an example:

The taxable income of a company X which is not availing any tax exemptions or incentives according to the provisions of Income Tax Act, 1961 is Rs. 10 lakhs.

Therefore, the normal tax liability of this company at the rate of 22% corporate tax will be Rs. 2.2 lakhs along with the cess and surcharge.

On the other hand as per provisions made in Section 155JB the book profit of this company is Rs 20 lakhs. Therefore, MAT at the rate of 15% of book profit will be 3 lakhs along with cess and surcharge.

MAT is higher than the normal tax liability, therefore the company will have to pay 3 lakh rupees along with cess and surcharge.

How to Calculate Book Profit?

Book profit is the net profit as given in the profit and loss account for the year increased and decreased by the following items:

Following additions are applicable if they are debited to the statement of profit and loss:

Following deductions are relevant if they are credited to the statement of profit and loss:

Important Note: The book profit needs to be certified by a Chartered Accountant in Form no. 29B. The report of the certificate should be obtained before the last date of ITR filing to avoid penalties.

What is MAT Credit?

Note:MAT credit can be carried up to 15 assessment years from the year MAT credit was generated.

Several Types of Assessment Under T...

All assessees have to file their returns of income with the Income tax department to furnish th...

The interim budget of 2019 came as a big relief for the common people of India. Accordingly, Fi...