An Overview of Top Concerns on Transfer Pricing 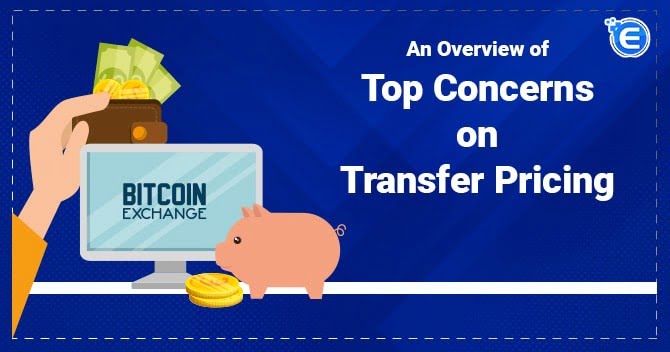 The focus of the Budget of 2022-23 was inclined towards maintaining the status quo in relation to direct taxation and offer the world a predictable and a stable tax regime. However, the scope of direct taxation has been extended in the case of virtual digital assets. This piece of writing attempts to shed some light on some of the top concerns on transfer pricing in the budget of 2022-23.

What are the Top concerns on Transfer Pricing?

The government wanted to stop the wastage of precious government resources and get out of the cycle of repeated litigation over the same, identical issues already pending before the High Courts and Supreme Court for its interpretation. This practice of repeated litigation was carried out by the revenue authorities by filing appeals before the High Court and Supreme Court against the orders of the Income tax Appellate Tribunal.

In order to protect the taxpayers money being wasted from administrative burden, the Budget of 2022 brought proposals to defer the filing of further appeal in cases where an identical appeal is already pending before any of the these two fora.

Extension in the introduction of Faceless assessment

Commissioner given the power to revise orders of TRO

The position of law was unclear over the question whether the power of the Commissioner in cases of revising the erroneous orders, prejudicial to the interests of the revenue under section 263, also extended to an order passed by the Transfer Pricing Officer (TPO). The government has made amendments in the given section 263 to categorically allow the Commissioner to revise the orders passed by the TPO. Other amendments have also been done to incorporate time limits with respect to issuance of the orders.

All the above amendments have been brought keeping in mind the concerns on transfer pricing especially in reducing litigation from government’s end and bring ease in the litigation process.

The act has exempted the non-resident taxpayers from filing of tax returns on income derived from India for certain categories of income such as dividend, interest etc. in cases where the tax has been exempted by the tax itself. However, there remains confusion over the exemption from transfer pricing compliances and now the non-residents taxpayers find themselves in the dilemma of part-exempt part-unclear tax compliance scenario.

Safe Harbour (SF) provisions and Advance Pricing Agreement (APA) programme has been proved to be successful dispute resolution/avoidance mechanisms which have been successfully by several tax jurisdictions. The scheme of these initiatives was designed eight to ten years back and now those who have been a part of these programmes now wish that it needs overhauling such as to fast-tracking of APA process within one year for single service transaction. This is believed to be achieved with the use of standardized rates for all taxpayers[1] for common transactions such as IT/ITES and by avoiding technical information having no bearing on the benchmarking analysis.

Similar revisitation is required for SF provisions in terms of:

The small taxpayers were expecting that the government will enhance the thresholds for maintaining the transfer pricing documentation and Masterfile.

The expectations of the industry were that the government will address the abovementioned concerns on transfer pricing but it failed to do so.

From the above discussion it must not be concluded that the government has done nothing till date in addressing concerns of the industry related to transfer pricing. The two decade old transfer pricing regime has shown continuous signs of development. This can be seen from the fact Indian Advance Pricing Agreement has shown better traction compared to other APA regimes which are way older than India’s APA regime. OECD is planning to initiate Pillar 1 initiative in 2022, so it is expected that Budget of 2023 will have many more concerns on transfer pricing to concentrate on.

Transfer pricing can be defined as the price paid for the goods or services provided from one u...