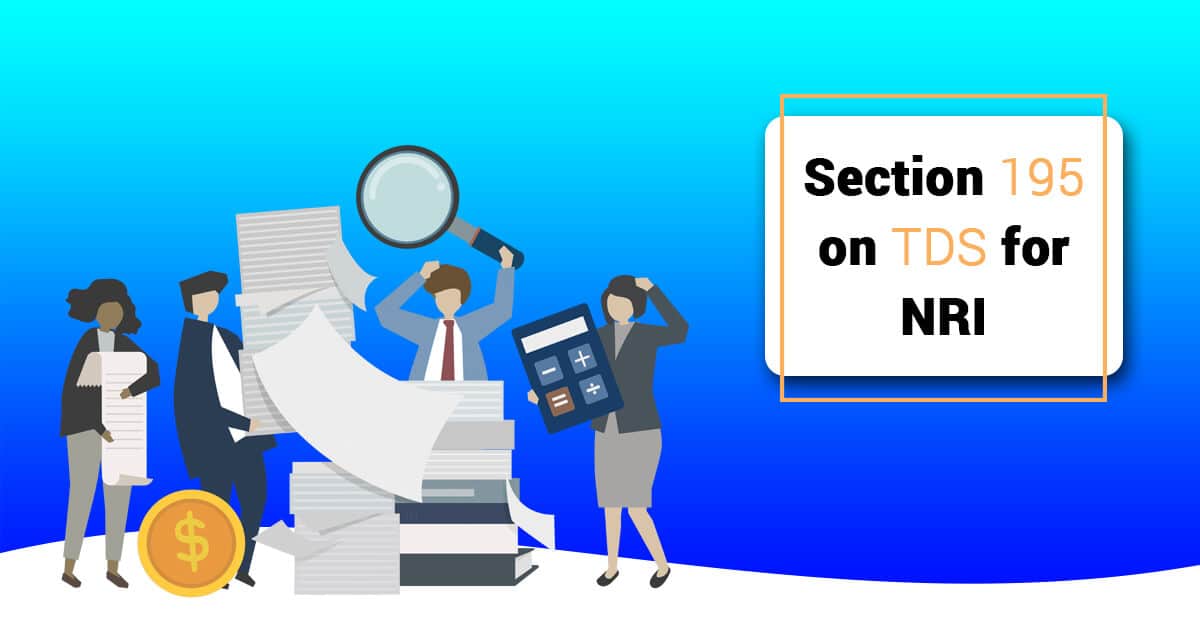 In the present era of globalization, there are minimal restrictions on the boundaries for business and their transactions.  Businesses are not restricted to one country and are spreading all over the world with a large number of transactions taking place daily. For transactions that take-place inter-country, it becomes difficult to check the country under whose tax regime such transaction would be taxed.

In India, Section 195 of the Income Tax Act, 1961 deals with the determination of the applicable Rate of Tax on eligible income & deductions that can be made on business transactions with Non-residents Indians. NRI can later claim the refund while filing his Income Tax Return.

Who are Non-Resident Indians?

Residential Status of an assessee depends upon the period of stay in India in previous years. The period of stay is counted for each financial year that starts from 1st April and ends on 31st March of every year.

An individual is said to be Resident of India if he has stayed in India for the following period:

In case an assessee doesn’t satisfy any of the above-mentioned criteria, he/she will be treated as Non-Resident Indian (NRI) for the relevant previous year under review.

It is compulsory to check the residential status of Payee when the payment is made by an Indian payer. Section 195 would be applicable in those cases where the payee is NRI.

Tax Deducted at Source (TDS) is the primary source of collection of tax by Government departments. This section covers the TDS on the income of Non-Residents. Any payment made to an NRI[1] or any international transaction entered into with an NRI is subjected to tax & deductions that are regulated by this section.

This section applies to the assessee who has the residential status of an NRI and has any source of income from India during the period under review. The Income Tax Act lays down the provisions for deducting the tax at source when the payment is initiated by an Indian payer for making such payment to an NRI. The TDS is implemented on such a transaction to avoid the loss of revenue of the Indian Government.

Defining Payer & Payee for the applicability of Section 195

The payer is the person who makes the payment to an NRI or remits payment and deducts TDS to deposit with the tax authority. The following can be the payer as per Section 195 of the Income Tax Act:

Methods of Deducting Tax at Source under Section 195

Following are the ways of deducting TDS as per the provisions of this section:

After the deposit of the TDS by the payer as per the provisions of section 195, he/she has to file a return pertaining to the same. Such a return is filed online through Form 27Q. TDS return is filed quarterly. Following are the dates of filing TDS for every quarter:

After filing the return, the payer can issue a TDS certificate that is also known as Certificate of deduction of Tax or Form 16 to the NRI payee. Such a certificate has to be issued within 15 days of the due date of filing of TDS return, for the particular quarter.

Read Details About Section 13 of th...

How HUF can help you in Saving Inco...

HUF (Hindu Undivided Family) is one of the most important concepts under the Income Tax Act. In...