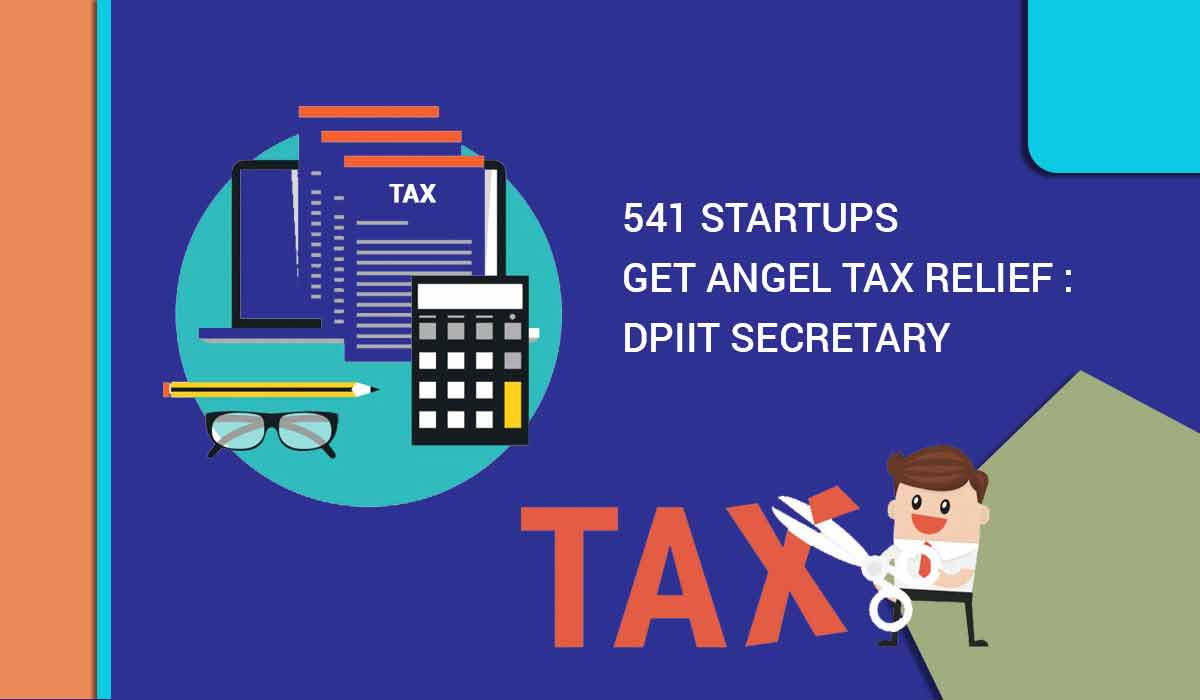 Recently the government has granted angel tax exemption to 541 startups. Mr. Ramesh Abhishek, secretary of “Department for Promotion of Industry and Internal Trade (DPIIT)” said this on 27th May, 2019. Before this, the board of direct taxes (CBDT) came up with the exemptions for startups in February. Only 36 applications didn’t get the advantage of this exemption due to improper documentation.

“All the startups are allowed to receive angel tax exemption regardless of their share premium values given that the aggregate amount of paid-up share capital and share premium of the startup after issue or proposed issue of shares, if any, does not exceed, Rs 25 crore.”

What is Angel Tax?

Angel tax was first introduced by the finance minister Pranab Mukherjee in the budget of the year 2012-2013 to curb the money laundering practices. It is applicable on startups which receive equity infusion in excess of the fair valuation with the premium being paid by the investors as income.

Why this Update Came?

In February, the government came with the notification as per which changes were notified under section 56 (2) (vii)(b) of the Income Tax Act, 1961. As per this section, in case privately held company issues shares at a price higher than the fair market value, then the excess amount will be taxable as income from other sources.

As the new government is in place, startups are expecting growth support. While immediately after this, DPIIT (Department for Promotion of Industry and Internal Trade) came with the angel tax exemption for 541 startups.

Highlights of the Update

CBDT clarified on those startups which have already received assessment notices as per section 56 (2) (vii) (b) of the Income Tax Act, 1961 will get angel tax exemption if they comply with the notification arrived this year in February 2019.

As per the government official;

“Accredited or genuine investors can invest any amount but we will make some criteria for that. It should be liberal enough so that all such people can come under its purview. But it should not be over liberal and extra-stringent.”

In the year 2012, provisions of angel tax were first introduced under Section 56(2)(viib) of Income Tax Act in order to test illegal transactions. But later on, it entirely focused on startups that raised funds. Earlier, a huge number of startups were penalized in terms of provision of angel tax under Section 56(2)(viib) of the Income Tax Act, 1961.

Startup Sector was demanding angel tax exemption from the government. While, the investors & entrepreneurs were continuously looking for its abolition. However, the government is not planning to go this far.

Startups which have raised capital up to Rs 25 crore can claim for the tax benefit, earlier this limit was up to Rs. 10 Crore.

In this regard, exemptions have been allowed for investments made by non-resident Indians and alternative investment funds (AIFs) and for the capital infusion into start-ups in the form of an equity stake in a listed company.

An entity is considered as startup for the next 10 years from the date of its incorporation, while earlier the limit was 7 years. This had been done to avail tax benefits for a longer period.

Besides this, now entity having turnover up to Rs. 100 crore is also termed as startup; earlier the limit was 25 crore.

Startups have to register with the DPIIT to avail the tax exemption benefit. For this, they have to submit an undertaking claiming that they are not making investments in the money laundering practices unless made in the ordinary course of business. After that, this undertaking is forwarded to the CBDT to ensure that startups do not receive notices.