Understanding the Role of Co-operative Society in Rural Development 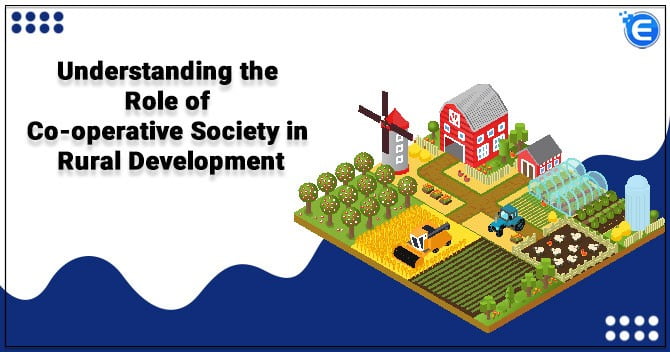 What is Co-operative Society?

When individuals having a common economic, social as well as cultural interests come together voluntarily to form an association, it results in the constitution of a co-operative society. The primary objective of this society is to cater to the needs of the underprivileged and rural sections of the country. It plays an essential role in the advancement of villages.

The following are the features of such societies:

A co-operative society is registered under Co-operative Societies Act[1], and after registration, the society gets identified as a separate legal entity, thus implying its existence.

The formation of such a society is possible only when all members voluntarily take the responsibility to make one. Anyone with a common interest may join or create a co-operative society. Further members can leave the association at any time after giving a notice in this regard.

Considering the fact that the co-operative society works to achieve a common motive, members can’t have any personal motive involved. The main aim of co-operatives is to provide services to members instead of earning profits. Maximising profits is a vital objective of other business organizations but not in case of co-operatives.

Co-operative societies have played a critical role in the development of rural population and in bringing them together. The Role of co-operative society in the rural development is multi-faceted, and it encompasses every aspect of rural life. It works towards uplifting its members and areas economically and socially.

In order to understand the role of co-operative society, let’s take a look at the points discussed below:

Read our article: Requirements For Forming a State Co-Operative Society

The Government introduced Banking Regulation (Amendment) Bill, 2020 to bring all the co-operati...

A cooperative society is formed with the main objective to serve the people and develop the eco...

Requirements For Forming a State Co...

A state Co-operative Society is defined as an association of persons who united voluntarily to...